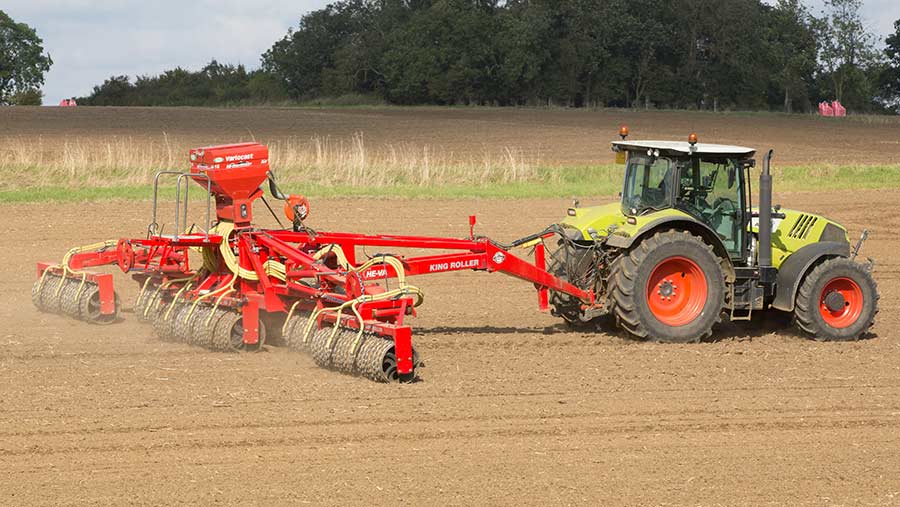 Residual herbicide Avadex (tri-allate) has seen a bit of a renaissance in recent years, with many growers using the granules to get on top of blackgrass immediately after drilling, as well softening up the weed for follow-up sprays.

With flufenacet showing the first signs of blackgrass resistance, using the differing mode of action offered by Avadex, along with an integrated approach that includes good cultivations, crop rotation and cultural methods, is the key to getting on top of autumn weeds.

See also: Why a major blackgrass project is looking at soil health

Ben Chapman, an agronomist with Essex company Harlow Agricultural Merchants, is a big advocate of using the herbicide as part of a chemical stack to benefit from its different mode of action.

About 82% of the winter wheat and spring barley land he looks after will receive the herbicide, spread after drilling.

However, he also strongly advises farmers that good application of the product is essential to make the most of the chemistry.

“In situations that require Avadex, it is key to apply the product as soon as humanly possible and when moisture is present,” says Mr Chapman.

For best results, application should be an even coverage at 50cm above the soil, level with the surface. Fixed outlets behind the drill or rolls help to maintain this.

The active ingredient in Avadex is tri-allate, a member of the thiocarbamates and classified as a group N herbicide, which acts by inhibiting lipid synthesis on susceptible species of grassweeds including wild oats, brome, annual meadow-grasses and importantly black-grass.

When applied to the soil, Avadex forms a chemical barrier through which germinating weeds grow. The active ingredient is taken up through the coleoptile or protective sheath around the emerging shoot of the weed.

Tri-allate has a half-life in the soil of about 100 days and helps to boost the overall performance of the pre-emergence stack.

Ideally, growers should aim for Avadex to be spread within 48 hours of drilling.

Mr Chapman is convinced that although Avadex has its benefits, it’s not the only weapon and a focus on getting the right seed-beds will help farmers get the most from the product.

He would dissuade growers from using the product in situations where the seed-bed is cloddy and dry as the granules could end up slipping down the profile between large clods and harming the seed.

Conversely, there are times where the seed-bed is too fluffy and extra consolidation is needed before drilling.

Drilling depths for wheat and spring barley should be 40mm and winter barley at 32mm.

He says it is worth pointing out that the operator needs to be PA4G qualified, which is a different test to the sprayer and slug pellet qualifications.

Tips on getting the most from Avadex

“The joined-up approach of a chemical sequence, with cultivation and cultural controls, means the whole focus is greater than the sum of their individual parts alone,” explains Mr Chapman.

“Avadex can help provide a base for the following pre-emergence stacks, helping heat up these products to be more effective when they are applied.”

Applying it at the same time as drilling guarantees instant protection from grassweeds and if weather prevents a pre-emergence application, the crop has a good chance of getting away before the weeds.

“Avadex won’t cure the blackgrass problem, but it’s about maximising the control the product can offer and tweaking the application method to get that extra few percent,” says Mr Chapman.

“A big focus is put on the herbicide regime in the autumn as if we get this wrong, by the spring, the tillers are there and the grassweeds are already too well established to control,” he adds. 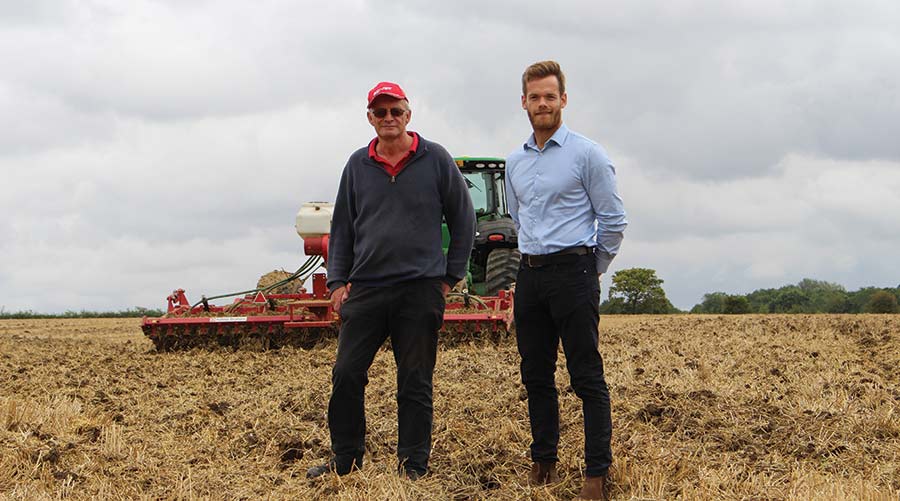 So when they moved to 36m tramlines, they made the decision to mount a secondary hopper on their Horsch Sprinter drill rather than using a wider-boom spreader.

Driving this decision was a desire to reduce passes across the field and the challenge of finding a qualified applicator driver at such a busy time.

Accuracy was also a key factor when opting for the drill-mounted machine as the booms on the old spreader would sway and yaw, with wind knocking the granules from the 50cm target height.

Application is now more accurate and this combined with a pre-emergence stack is giving their crops the best chance. Problem areas may receive further treatments, thereby allowing good control, without relying on spring chemicals.

This poorer control was due to weeds growing past the point where Avadex would have an effect.