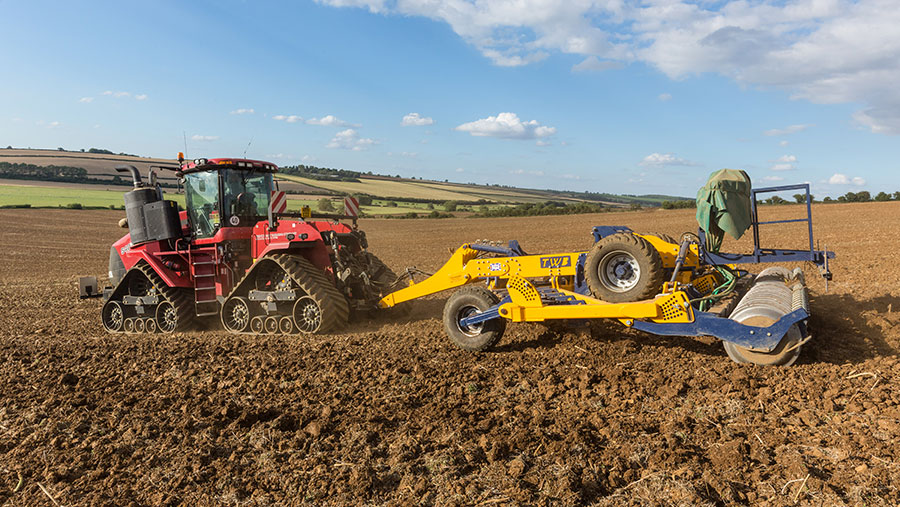 Good soil health is vital for achieving high yields and improving your soils doesn’t have to be a difficult task, says one Australian soil health expert.

Diversifying crops, such as growing two crops together, has not only been proven to optimise the way plants scavenge nutrients and ultimately perform, but it also helps optimise the biological function of the soil, Mr Williams says

“Diversity brings resilience, as different crops have different growth rates, root structures and root depths, which all scavenge different parts of the soil, improving structure and making use of different microbes,” he says.

“Understanding plant diversity and which plants work well together is important.”

Research has also shown that presence of fungi increases with plant diversity, as root exudates encourage their growth. Not only do these fungi help with capturing and sequestering carbon, but they can also provide additional benefits such as increased yields and crop quality.

“Studies in France of wheat co-planted with faba beans [broad beans] found that over three years, not only did wheat yields increase, but the bean yields increased slightly too,” Mr Williams says.

“Not only are you getting increases in yields of your main crop, but you get a free crop of faba beans. What’s more, the protein content in the wheat was higher than when it was grown alone.”

While growers may be concerned about competition between cash crops and the second crop, Mr Williams insists they shouldn’t be worried.

“Competition is a force, but we have become obsessed with the thought of survival of the fittest,” he adds.

“We need to remember that there is collaboration between crops too – we just need to find the companions that work together.”

In terms of choosing what to plant, Mr Williams says an important first step is diversity across species, which involves growing more clovers, grasses, herbs and crops like linseed and chickpeas.

“Things get trickier with intercropping, as different varieties work for different soils and different farms. There’s still a lot more work to be done on this, but choosing local varieties is a good place to start,” he says. 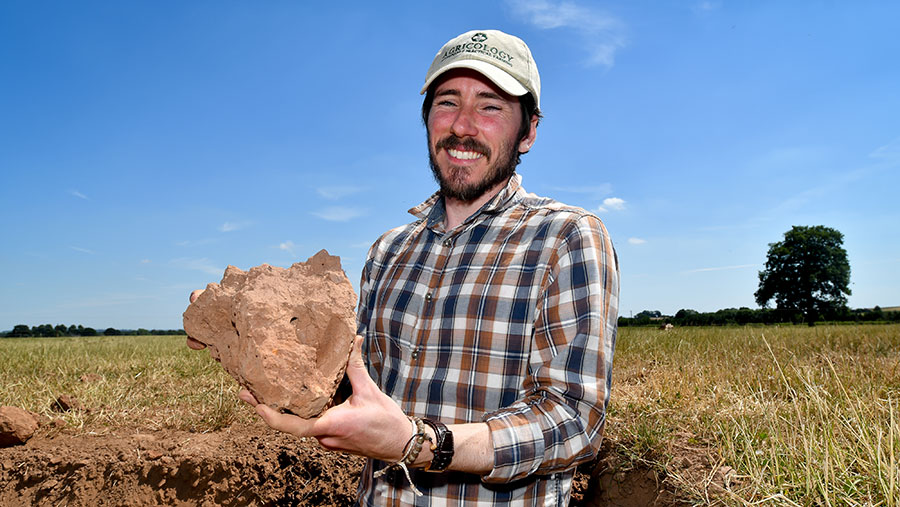 Adding carbon to soils is the second vital step to improving their structure and health, Mr Williams says, whether by introducing livestock to a system, or adding biomass through increasing crop diversity.

“Many non-organic farmers around the world are already using co-planting with the intention to only harvest a single crop,” he says.

“The idea is to grow two crops for all of the benefits crop diversification can bring the soils, then take out the legume and allow it to decompose and feed the cash crop.”

Creating a mulch also acts as an armour to the soil, reducing the number of gaps weeds can find to germinate it.

“There are plenty of examples which show intercropping can hugely reduce herbicide use,” he says. “By filling in the gaps, you can cut herbicide use by 20-70%. There are some farmers who are doing this and have managed to cut out herbicides completely.”

Fungi are vital to soil health, however disturbing soils pulls them apart and destroys them, says Mr Williams. In systems where cultivation is necessary it is important to keep it as shallow as possible.

“Tillage is the number one enemy of fungi, but it is worth remembering though that tilled soils don’t have to be bad ones,” he adds.

“We can develop resistance to disturbance. Cultivated soils can be as microbially-active as no-tilled ones, provided they are receiving supplies of carbon, and we integrate more plant diversity. We have to be active with both, however; we can’t be complacent.”

It’s also important to remember that fungi and other soil microbes need nutrients for their health and growth just as plants do. Adding organic matter and leaving root systems in place through shallow tillage can help fungi survive and thrive.

Be prepared to redesign your systems

There are opportunities to redesign farming systems with roots in mind, says Mr Williams.

“Not all of these will work for every system, but it’s a farmer’s job to identify the techniques that will work best for them,” Mr Williams says.

“If you build up biomass with intercropping, for example, then you could introduce livestock to graze it down, or you could slash it with the mower and give it a few days to bed down.

“If you can reduce the bulk to a surface of mulch cover, then it’s easier to shallow plough.”

Adding carbon and building fungi can change the pattern of what can grow in soils, eventually creating a soil environment where weeds become less competitive because of the way their roots grow and scavenge soil nutrients.

But getting to that stage can take some time, particularly for organic systems where tillage can seem like the only option for weed control.

“It might be a case of biting the bullet and passing through a tough period [of weed cover] in order to boil fungal load,” says Mr Williams.

“Fungi will eventually prioritise the crops which offer them more in terms of root exudates, and you see a change in the weed spectrum over time because it becomes a poor environment for the weeds to live in.

“In grasses you can see changes in a single growing season, but in other crops that rebalance can take a little longer. The key is to be patient.”