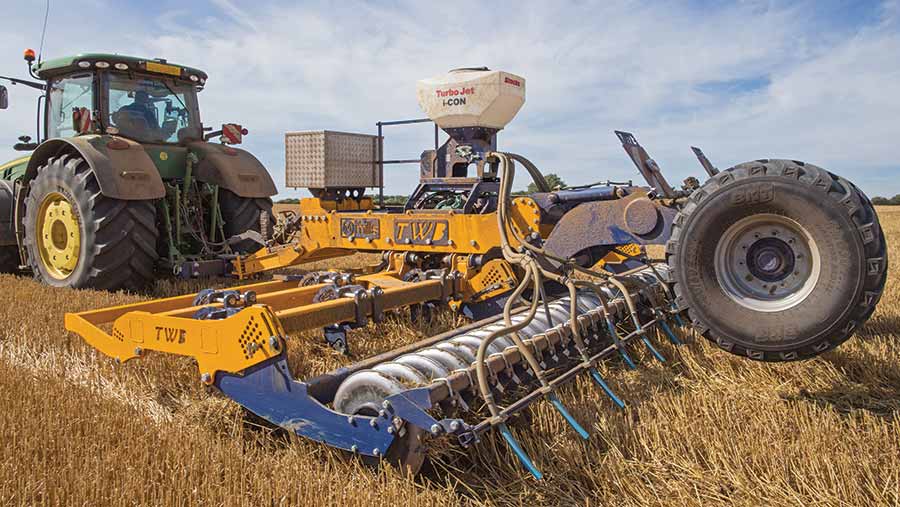 Adopting conservation agriculture can involve many highs and lows. We asked independent biological farming expert Mike Harrington to share his five top tips on how to make it a smoother process.

In natural plant systems, carbon is the main driver of all processes, says Mr Harrington, agronomist and biological farming expert at Edaphos. It funds digestion, recycling and the release of nutrients in the soil.

There is carbon that is captured in the form of lignin in roots or above-ground biomass, which is then recycled in soil, and there is carbon released by plant roots as exudates.

See also: How to pick the right cover crop mix this autumn

These stable plant systems are net carbon importers, so as the carbon is digested and recycled, other nutrients are released in balance to feed the crops.

However, recent conventional approaches to cropping are not funded by carbon, but by nitrogen – and lots of it.

This, along with soil movement, causes many problems, including a reduction of organic matter, increases in soil bulk density, fewer roots and poor nutrient utilisation, leading to further reliance on purchased products.

Essentially it works until the soil biologically stops functioning or growers are unable to manage the resultant problems.

Mr Harrington believes our current style of agriculture is unsustainable and moving back to a carbon-funded system – partly through no-till establishment – is the future.

To make a change to conservation agriculture, growers must look at a farm’s limitations and address them accordingly. This is not only in terms of crop nutrition or protection, but rotations, business plans and requirements, environmental challenges and machinery.

The driving force for many to discuss a change is when a problem reaches a tipping point. Blackgrass, pesticide resistance, high costs, low yields, or a trend of reducing yields associated with increased costs are quite often a trigger. This requires an open discussion on all aspects of the business.

Mr Harrington highlights one example of a grower who first invested in improving drainage, dramatically improving the chances of no-till success as the business made the transition.

3. Be open-minded and flexible

Some established no-till farmers often say that once you start to use a no-till drill in combination with cover crops, there is no need for any other piece of kit in the crop establishment process – particularly cultivators.

Mr Harrington believes this might be true in some situations, but it won’t work in all, and urged growers to be open-minded to making interventions where required until soils are able to maintain a healthy structure themselves. 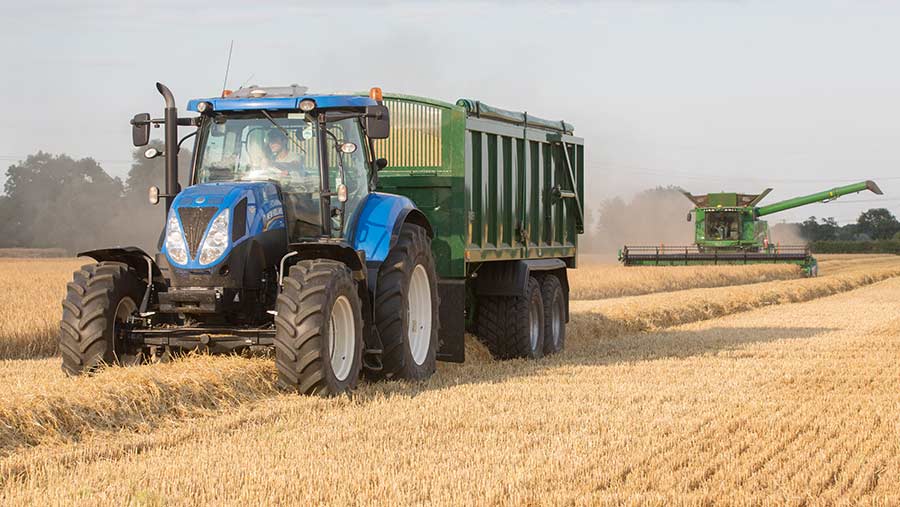 Compaction is the killer, and better timeliness and management of harvest traffic is crucial to avoid it in the first place, but don’t be afraid to lift it out with steel where it is limiting crop growth.

He gives an example of a grower who bought a Cross Slot no-till drill and experienced some difficulties with anaerobic conditions in his silty clay loam soils.

The solution was to bring in a Strip Cat strip-till machine to provide some aeration of the tight soils around the seed and improve establishment. The Cross-Slot will then be phased in as soil health improves.

Cover crops are an essential part of any no-till system, according to Mr Harrington, helping to maintain structure, capture carbon and nutrients and reduce erosion.

However, they must be grown well, as poor covers can encourage weeds and pests such as aphids.

This may mean that nutritional limitations of soils will need to be addressed, which can take time, but 100% ground cover must be achieved to avoid causing problems elsewhere in the rotation.

What is conservation agriculture?

Conservation agriculture is based on three core principles which are carried out in tandem:

While cover crops are essential, companion cropping with legumes is also showing immense promise, helping to provide a phased release of nutrients to the cash crop.

One of his clients recently achieved a first 6t/ha oilseed rape crop with a berseem clover companion.

5. Use indicators to monitor progress

While there is much debate and little consensus on what exactly constitutes a “healthy soil”, Mr Harrington points out that growers can use some simple measurements of how a transition to conservation agriculture is progressing.

Trapping and counting ground beetles is one, as the natural predators that feed on slugs and other insects tend to increase as soil health improves.

The other easy and obvious indicator is earthworms, so recording and comparing numbers, along with casts and cast weight/sq m, all give a good indication of improvements.

Always take pictures of your soil structure and plant roots so you have some comparison as the years go by of developing crumb structure and porosity. Pushing a length of drain pipe into the soil surface and measuring how long it takes for a half litre of water to drain through the soil will also gauge structural improvements.

Finally, organic matter measurements are important and, year on year, this combination of simple tests will give a grower confidence that things are changing for the better.

Mike Harrington is an agronomist and biological farming expert with Edaphos. He was speaking at the recent Groundswell no-till event held near Hitchin, Hertfordshire.