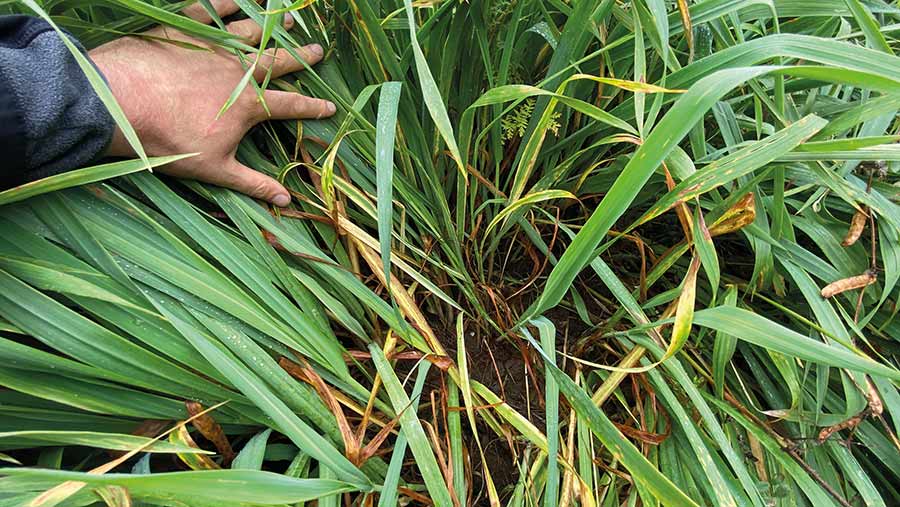 Balancing good soil management and health with the short-term interests of a large-scale commercial farming business is difficult to manage.

However, one Lincolnshire estate has been implementing a long-term plan to improve its land, with the benefits of the changes increasing each year and improving the profitability and sustainability of the business.

We travelled to Stainton-le-Vale to discuss how Sir Richard Sutton Estate’s head of farming Chris Baylis developed current policy and his plans for the future.

In 2011, Mr Baylis adopted two crop rotations – the “heavy” rotation on the estate’s more bodied soils, from Irby north to Healing, and a “Wold” rotation on lighter soils from Swallow south to its base at Stainton-le-Vale.

The heavier land had a tight wheat-wheat-oilseed rape sequence, while the Wold land had a four-year rotation of winter wheat-winter barley-spring barley-oilseed rape.

In addition, the estate’s 3,600ha is divided across four blocks, and at the time was split between two separate teams, resulting in operational inefficiencies.

A more recent addition is a cover crop established in the autumn, ahead of the spring pulse crop, and Mr Baylis also switched to block-cropping with one machinery fleet for the whole estate. 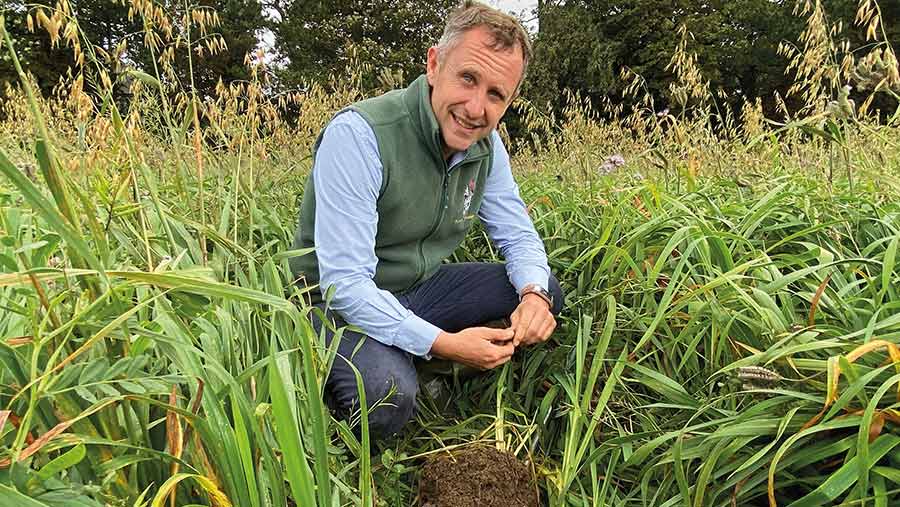 The benefits are difficult to quantify, but Mr Baylis reports more friable soils, less fuel use and lower blackgrass levels. Block-cropping and consolidation of machinery and workforce has also dramatically improved operational efficiency.

One example of this improved efficiency is at drilling, which is now carried out by two 8m Vaderstad Rapids behind two Case Quadtracs.

Together, the machines can cover about 120ha/day. They start early on the Wold land and finish late on the heavy blackgrass land, with the ability to cover ground quickly as weather deteriorates at the back end.

This is a key strategy to reduce the blackgrass burden and reliance on residual herbicide stacks.

In 2011, the estate was at the beginning of a journey into direct drilling to reduce establishment costs and improve its soils after investing in a US-designed drill.

About 25% of the farm was drilled with the machine that year, and the vision was to convert a further 25% of the rotation into direct drilling over the next three years, before selling all existing cultivation machinery.

Mr Baylis reassessed the policy and calculated that if there was a 3% drop in yield, it would be much better to keep the current establishment regime for now.

This view was reaffirmed by the autumn of 2012, when the farm lost a significant area of oilseed rape to slugs and more than 400ha of cereals to slugs and blackgrass infestation, with the double-disc coulter’s inability to close the seed slot in wet conditions partly to blame.

The ambitious transition was dropped and, instead, a gradual reduction in cultivation intensity was set in motion.

Oilseed rape, some cereals and spring beans are now established with a strip-till system based on a Cultivation Solutions RapidLift, working at 15-20cm, and a Vaderstad Rapid drill.

A Great Plains SL700 with Tilso low-disturbance legs is used ahead of autumn cereals to a depth of 10-20cm, depending on compaction, while the plough is still used ahead of spring cereals, vining peas and sugar beet.

It is hoped a recently acquired Farmet Fantom tine cultivator – capable of working at shallow depths of 5-10cm – will see the more aggressive SL700 phased out in the near future and further reduce cultivation intensity. The results to date have been encouraging.

The ultimate long-term aim was to move a larger proportion of the farm’s combinable crop rotation into no-till once soil structure and resilience is suitable, and Mr Baylis feels confident they are now in a position to achieve this.

The cultivation strategy has been heavily influenced by soil and machinery expert Philip Wright, who runs annual training sessions for the farm team to promote good machine setup and a less-is-more ethos.

A key ingredient for tillage reduction is drainage investment, and this has had a huge effect since a programme of improvements started in 2013.

Historically – like on many other farms – more stable weather patterns, lower land values and uptake of agri-environment schemes meant that ditch and underdrainage systems were not maintained or replaced.

However, 2012 highlighted shortcomings in the estate’s drainage, so a substantial area of land drainage was repaired or replaced the following year. The business has been tackling 40-60ha each year ever since.

With little in the way of drainage maps to guide the work, sections of ditch are cleaned out and left to see if existing systems work. Where there is evidence of flow, they are jetted out, but if they are beyond repair, they are replaced by a new scheme.

Mr Baylis says it has transformed the heavy land, ensuring there is the right balance of air and water within the soil and improving blackgrass control by extending the autumn working window – particularly for late drilling of autumn cereals – without compromising soil structure.

Better-drained soils also improve the chances of good establishment of spring crops, which are key to grassweed control, and ensures winter crops get away quickly in the spring to outcompete the weed.

Mr Baylis has originally budgeted for an 11-year payback on the significant 2013 works, but a recent post-investment review showed it had already paid for itself in yield increases alone.

With the foundation of good drainage laid, the next most important process in ground preparation is harvest, with residue management affecting the following crop.

The farm runs two New Holland CR10.90s, and operators ensure that straw choppers are set up correctly and blades regularly replaced to achieve a fine chop and even spread.

For harvest 2020, one machine has been running a Macdon FlexDraper header for the first time. This has seen dramatic improvements in stubble finish and crop flow into the combine.

The result is a more even spread, leading to faster breakdown of crop residue, fewer lumps to block up cultivators and drills, and less slug pressure. It is likely the farm will invest in two headers for next year.

Mr Baylis is also running a loose controlled traffic farming (CTF) system, which is reducing soil compaction across the farm. 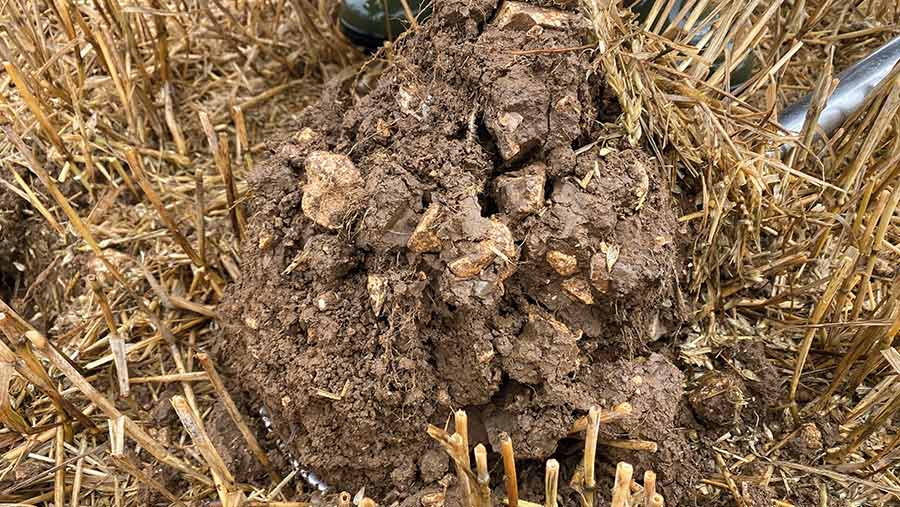 Currently, cultivators and drills are 8m with 32m tramlines for the sprayer, but harvest wheelings are set outside these lanes, as there is not a combine header of 11m (for three 10.66m cuts) in production.

Grain trailers have to stick to headland tramlines and are then told to stay in combine wheelings, which will be fixed each year using the farm’s Trimble RTK guidance system.

In a wet harvest, this means operators know where any damage is and can target remedial action with a low-disturbance subsoiler just where it is needed.

Mr Baylis and his team sat down and worked out how much land was being trafficked using the current system, which came to about 33%.

It was then compared to moving to a 36m tramline, 8m cultivator, 12m combine header hybrid, but the figure was higher at more than 40%.

It is hoped that as soils continue to improve and cultivations become ever shallower, it will be possible to use wider machines and reduce the machinery footprint even further.

Mr Baylis has four clear goals that drive the estate’s use of cover crops – reducing fuel use through more friable soils and reduced cultivation, improving nutrient use efficiency, improving soil organic matter and biology, and providing a more sustainable source of protein for livestock.

It has taken some trial and error to find a place for a cover crop within the rotation, with spring barley found to perform poorly after a cover due to nutrient lockup holding the crop back early in its establishment. 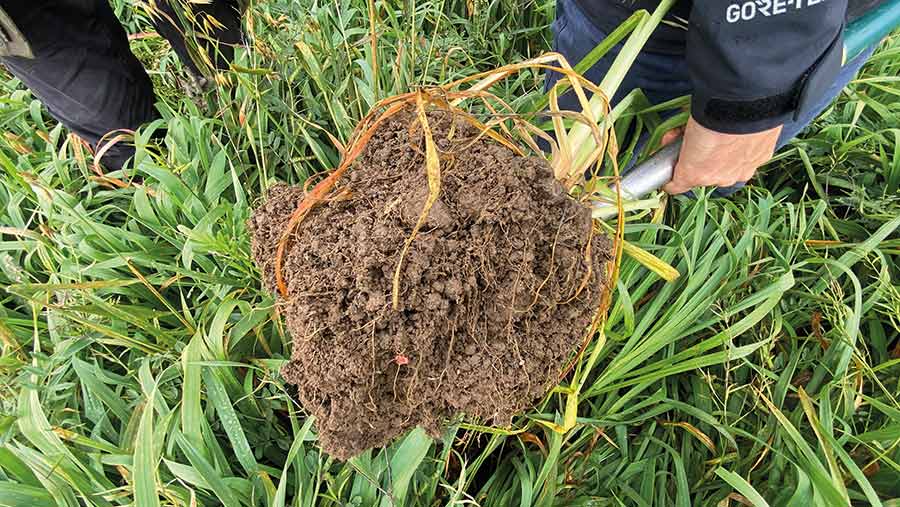 However, differing destruction dates or livestock grazing have assisted in overcoming some of these issues.

The farm’s earliest cover crops were drilled directly into stubbles, which also seemed counterintuitive, as with its current drill setup, a cultivation was still required to create a seed-bed in the spring.

This has led to a spring seed-bed being prepared in the autumn by removing harvest wheelings and then planting a cover crop mix, ahead of a strip-tilled pulse crop in the farm’s six-year rotation.

The farm runs a 1,200-head flying sheep flock, which consists of bought-in ewe lambs, and these are grazed for a year on the covers before being sold as breeding stock.

The estate has been working with Lincolnshire University’s Iain Gould and water companies to investigate the benefits of cover crops, and found that multispecies mixes are the best. 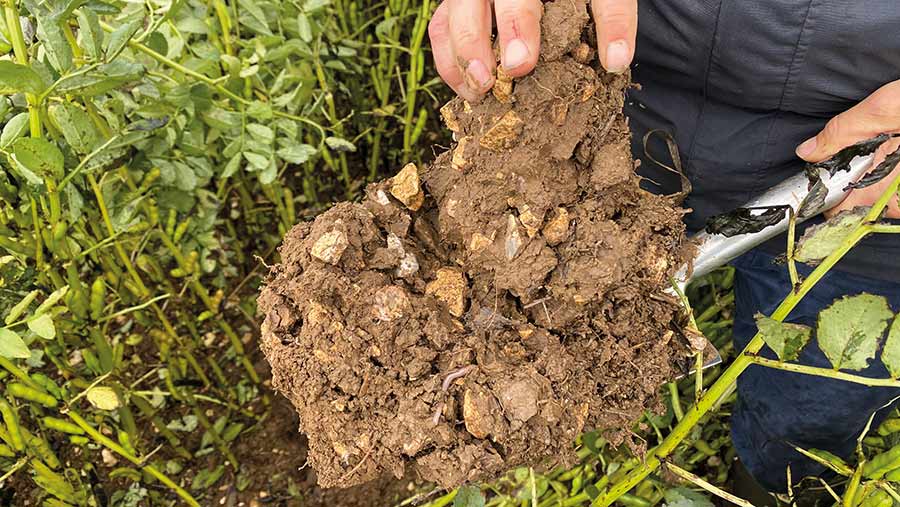 Improvements in structure after cover crop and then spring © Adam Clarke

This ensures there is a diversity of root traits that deliver more benefits for soil health, including fine roots that break down easily to boost organic matter and improve soil aggregation.

More extensive, fibrous roots see a beneficial zone of influence of the rhizosphere, and deeper-rooting species aid water infiltration and help break up any compaction.

This has influenced the mix the estate is using, which includes oats, vetch and phacelia, with the addition of berseem clover, depending on land type.

Thanks to Bayer, whose sponsorship made this feature possible. Farmers Weekly had full editorial control of this feature.

The long-term strategy to improve all aspects of soil management on the estate is already reaping rewards, with average wheat yields up 20% over the past nine years.

And while budgeted yields saw a 15% drop in 2019-20 due to the wet winter, soil damage has been minimal and only targeted remedial action has been needed on some turning headlands.

One of the next steps is to assess the potential of taking out unreliable or troublesome break crops such as oilseed rape and replace them with environmental options that improve soil health.

With greening rules ending, Mr Baylis is keen to get an additional cover crop or even a herbal ley into the rotation, potentially leaving it in the ground for 18-24 months to graze with the farm’s 140 Lincoln Red suckler cows or flying sheep flock before a spring crop.

Carbon footprint is also a factor, and Mr Baylis says there would be reductions in fuel and fertiliser use from the changes, helping the business and industry with net-zero targets.

At present, the farm is using biosolids, some externally sourced poultry manure and the limited amount of muck from the suckler herd as organic fertilisers.

However, it is hoped that increased integration of the arable and livestock businesses, potentially establishing a poultry unit on the Lincolnshire site, will help supply more nutrients and organic matter into the soil, providing whole-farm integration. 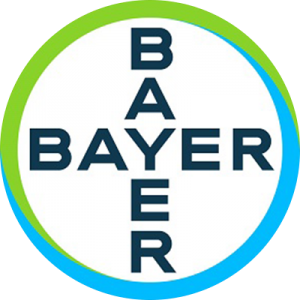 Bayer Crop Science believes that improving soil health provides a range of benefits right across the farming system. It is not a simple cure for all problems, but it does help to stack the odds more in the farmer’s favour. Modern digital monitoring tools, coupled with crop walking and spadework, are a powerful combination to help farmers manage soil.

Better soil conditions give more flexibility on major decisions such as crop choice, cultivation and crop protection. It also helps crops establish and grow well, making them less vulnerable to pests and diseases, and able to compete with weeds such as blackgrass.

All of these factors reduce the pressure on crop protection programmes so that chemistry is used to maximise yield and quality rather than as a life-support tool for crops facing agronomic problems.