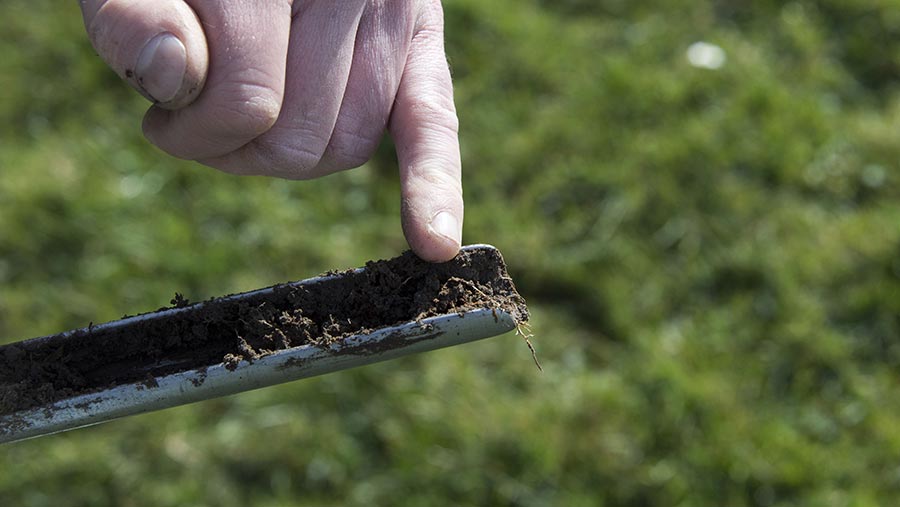 Adas has warned farmers not to overlook a legal requirement to carry out soil testing.

The stipulation is included in Defra’s Farming Rules for Water, which were introduced in 2018.

The rules cover fertiliser storage and application, as well as keeping livestock away from watercourses to prevent soil erosion and diffuse pollution.

Most of these issues are covered by existing guidelines, such as cross-compliance rules. However, the rule on soil testing is new and is the one that you may be least familiar with, said Adas soil scientist Leila Froud.

The legal requirement under the new rules is to test your soil on cultivated land a minimum of once every five years, she said.

Soil testing is required for:

“The purpose of these tests is to see what nutrients you have in the soil already, and then apply only what the crops will use,” Ms Froud said.

Defra requires farmers to plan each application of organic manure or manufactured fertiliser to cultivated agricultural land to meet soil and crop needs and not exceed these levels, she explained.

This means waste will be minimised by matching crop and soil requirements to fertiliser applications, resulting in less money down the drain for farmers, as well as less pollution.

The rules stand for everyone, with no exceptions, and will bring all farmers up to the same basic standard of good practice, including those who do not receive Basic Payment Scheme (BPS) money or are not in an nitrate vulnerable zone (NVZ), Ms Froud said.

And she warned Adas consultants were feeding back that Environment Agency (EA) officials were enforcing the regulations on farm visits.

“Due to a previous pollution incident, a client’s farm was visited by the EA. As part of the follow-up, the Diffuse Pollution in Agriculture Regulations is being enforced.

If a farm has not undertaken soil sampling within the past five years, then testing will very likely be requested by the EA, she added.

Where a farm has had no soil testing before, the whole farm may need to be sampled in one go, rather than over a number of years, to bring them up to scratch with the regulation.