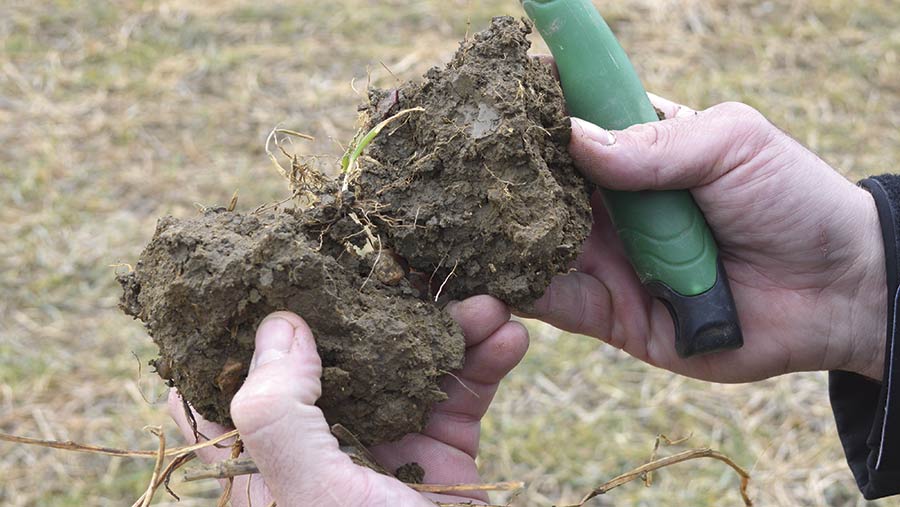 Two arable growers buried their underpants in warm soils last autumn before digging them up eight week later. Analysis showed the more decomposed the pants were, the better the soil health.

Russell McKenzie from Cambridgeshire and Brian Barker from Suffolk buried 100% cotton underpants with the aim of finding a simple way of measuring soil health.

In soils where repeated cultivations and straw removal had taken place, the pants stayed intact. But in no-till or very low-till situations, greater microbial activity in the soil meant the pants were partially decomposed.

The two AHDB monitor farmers came together at Cereals 2017 to explain simple, practical ways to change from being soil movers to becoming soil improvers.

“The premise is that the more shredded and holey the pants were, the better the health of the soil they were buried in,” said Mr McKenzie.

He has been gradually moving from deep cultivations to either shallow or no-till, so he said it was a fun and visual way of getting more information on what’s going on under the surface.

However, whether greater soil microbial activity translates into higher yields remains to be seen, he admitted.

“But we do know our soils are draining better as a result of less soil inversion and the move to no-till has reduced our fixed costs,” he added.

Other ways of assessing soil condition include using a spade to inspect soil structure.

“If there’s a compacted layer, it soon becomes obvious when you dig a hole. That allows you to consider whether you need to take remedial action,” said Mr McKenzie. 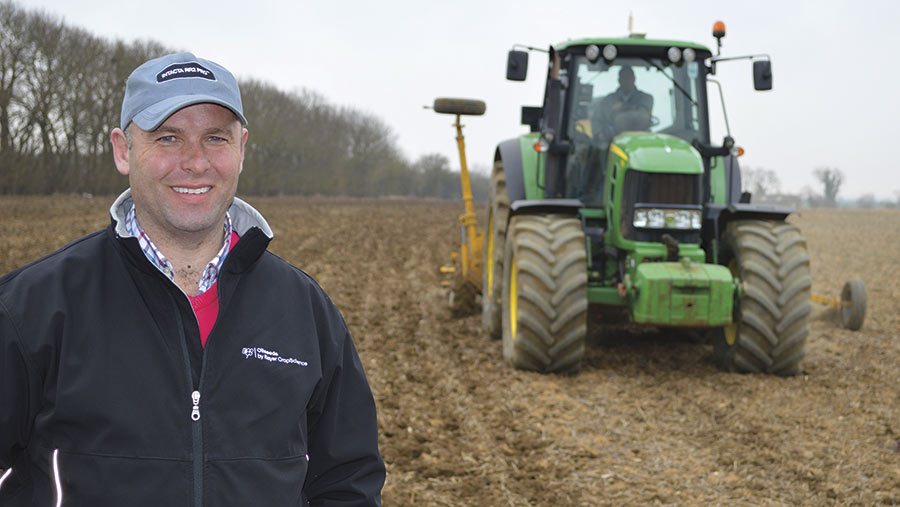 “Roots that go across the soil profile rather than down it indicate there’s a problem. And worm numbers are always higher in healthy soils,” he said.

Having loosened the soil in a small demonstration plot, it was then direct drilled with the Weaving low-disturbance drill, before drilling depths were investigated.

“We found considerable differences because the soil had been compacted at one end of the drill. The only difference was the tyre pressures,” he said.

Where tyres were at 0.75bar, there was a consistent drilling depth and no restriction on roots. But on the side where they had been inflated to 1-1.2bar, it created a problem.

“It shows the importance of attention to detail on tyre pressures, especially if you have a wet or loose soil and it is vulnerable to damage.”

The value of earthworms

Jackie Stroud, researcher at Rothamsted, highlighted the vital role earthworms play in productive agriculture, stressing that intensive cultivations can lead to a reduction in their numbers.

She identified five key areas where worms have a benefit:

Three types of worms are found in UK farmland soils: