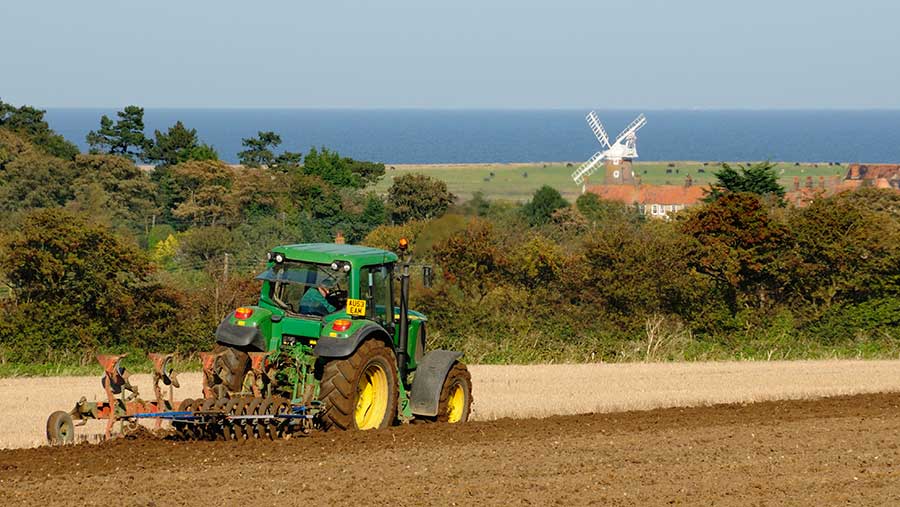 More than five million hectares of “high-grade” agricultural land could become less fertile over the next 40 years, the government’s climate advisers have warned.

Nearly 40% of agricultural land currently falls within the “high-grade” category, but under the “high emissions scenario” this could fall to 9% by the 2050s, suggests the report released by the Committee on Climate Change (CCC).

Drought could be a big contributory factor, impacting most heavily in the South and East of the country, where the bulk of the best arable land is located.

This biggest impact could be seen on peat soils, which will be most affected by water shortages, the report warns.

Although there is now a 12% water surplus, on average, across catchment areas in the UK, a 5-17% shortfall is projected by the 2050s.

Lord Krebs, chairman of the Adaption Sub-Committee of the CCC, said the threat to food production was among the three most critical threats to the UK from climate change.

“The most fertile areas of Britain…depend on peat top soils,” he explained. “Three-quarters of the top soil has disappeared within the past 150 years and that disappearance is being accelerated by climate change.

“If we carry on as we are at the moment, it will all be gone within a generation”

The NFU said the report showed the need for a long-term strategic approach to water management to increase the resilience of farm businesses and rural communities to extreme weather.

NFU environment forum chairman Mark Pope said: “Lack of access to adequate water supplies could lead to some businesses being unable to operate through reduced yields or lower-quality crops.

We are pleased the government is committed to review constraints facing rural businesses, including an examination of planning barriers to the installation of farm reservoirs.

“However, it is vital that the government removes regulatory barriers, to enable businesses to mitigate the impacts of future water shortages.”

The economic impact of flooding to farm businesses and agricultural land must be correctly valued, considering the effects caused by crop type and the time of year of the floods, he added.

However, the report also recognises the potential opportunities for farming that could arise from a modest level of climate change through extended growing seasons and improved productivity.

It also highlighted the global impact of climate change on UK agriculture, particularly the threat of increased price volatility on imported goods.

Drought in the Americas in 2012 caused a worldwide increase in soya prices, which impacted most heavily on pig farmers, with some forced out of business before a more stable supply resumed.