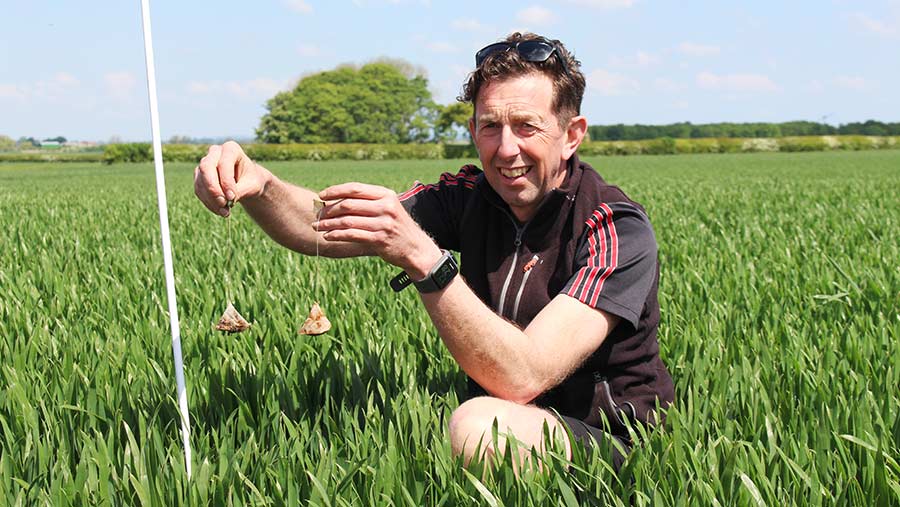 Tea bags are the latest aid being used by arable farmers to assess the health of their soils.

Now, tea bags are being used by farmers to measure the ability of their soils to degrade organic matter.

Pat Thornton, who farms 140ha of silty, clay loam at Low Melwood Farm near Epworth, Lincolnshire, is among a group of Basf’s Real Results Farmers who are trialling the technique.

He came across the method on the Wageningen University website. The Tea Bag Index is a global mapping project, recruiting people around the world to take part and help produce a global soil health map.

“It has to be a particular tea, Liptons green tea and Rooibos tea, so we had to import some.” He explains that the teas degrade at differing rates.

He buried his bags 8cm deep on 16 February and 90 days later, they were dug up and dried. The results were then uploaded to the website along with other data such as weather, cropping soil texture, depth etc, and the index then calculated.

The result for Mr Thornton’s bags was low, resembling desert soils, which he puts down to the dry conditions since February.

Pat Thornton was speaking at a recent BASF organised briefing on his farm in north Lincolnshire.

Tea Bag Index at a glance