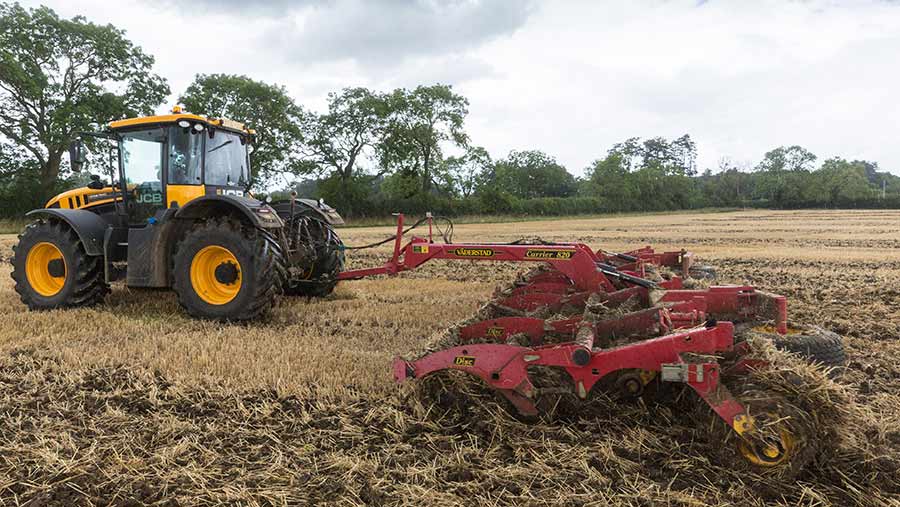 A major trial has been set up to find the most profitable and sustainable way to grow arable crops by comparing three different establishment systems over five years.

Establishment systems vary hugely from intensive soil cultivations such as ploughing, through to carrying out no cultivations at all with direct drilling.

Each approach has its  pros and cons, making it difficult to assess which is the best system. For example, while switching from ploughing to min-till can cut establishment costs, it can also increase the risk of weed problems.

So to help farmers identify the best system for the future, the Conservation Agriculture and Sustainable Farming Practices project is comparing a plough-based system with min-till and low-till approaches.

The three systems will be assessed for their riskiness, agronomy, field operations, productivity, complexity, profitability and sustainability.

The project is being held at the Game and Wildlife Conservation Trust’s farm at Loddington, Leicestershire, in partnership with agrochemical company Syngenta and Niab Tag.

It is also being replicated by grower Andy Barr on his Kent farm, and at sites in France and Spain.

At Loddington, the trial is being conducted in five fields over a full five-year rotation consisting of winter wheat, barley, oilseed rape, winter wheat and spring beans, with each establishment system carried out over two tramlines.

Head of farming at the Allerton project, Phil Jarvis, says that across all the sites the concept is being replicated, but different machinery may be being used at each farm.

At Loddington on heavy clay, a straw disc or a very shallow discing with a Väderstad Carrier down to 2.5cm will be used for the low-till establishment, with either a light disc or a Sumo Low Disturbance Subsoiler used before drilling for the min-till system.

For the plough-based regime, a couple of discings and a pass with a power harrow will be used.

The project is now in its second year, with three main findings from the first year of research. 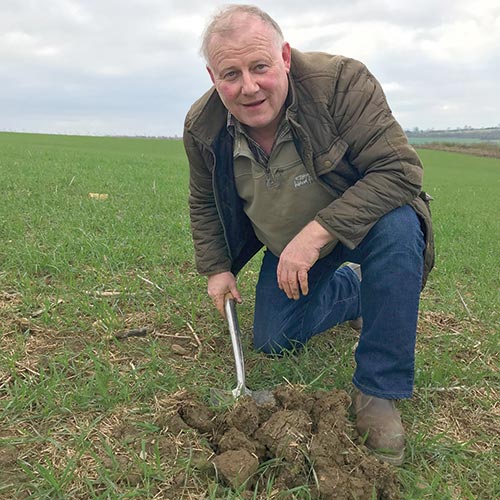 “One of the highlights from year one was the level of underestimation by me as a farmer about how poor germination was,” says Mr Jarvis.

As much as 40% of some of the crops did not germinate. With spring beans, there was 100% germination in the plough-based system, but because it was so wet, germination dropped to just 50% for min-till and low-till.

However, germination did not translate through to yield, as due to the very wet spring and summer drought last year the whole crop yielded poorly.

For winter barley, Mr Jarvis was aiming for 208 plants/sq m, but ended up with an average of 135 plants/sq m.

Similarly, for rapeseed the target was 75 plants/sq m, but only 48 plants/sq m was achieved.

The germination results also highlighted the effect of timing and weather on the effectiveness of establishment methods.

For the crop of Leeds winter wheat, ploughing achieved the highest germination, with 404 plants/ sq m, while just 261 germinated in the light-till regime.

However, for Shabras winter wheat the results were reversed, with light-till achieving 389 plants/sq m in comparison to 267 plants/sq m for the plough-based system.

While the crop of Leeds was ploughed early, allowing the seed-bed to become well-weathered, the Shabras was ploughed late, leaving a dry, lumpy seed-bed.

“In a dry year it’s probably better to plough early if you use a plough, or it might be better in a dry year not to touch any of the soil,” says Mr Jarvis.

Although ploughing is often seen as a helpful reset for fields which are infested with blackgrass, burying the seed to a depth at which it is no longer viable, the trial revealed that this seed bank will persist, waiting for an opportunity to be brought back up to a viable depth.

The plough hasn’t been used at Loddington generally since 1997 when the farm first moved towards minimum tillage.

Since 2013 Mr Jarvis has direct drilled with a Dale Eco drill.

Despite the length of time the seed bank had gone undisturbed, the weed burden in the ploughed crops shows that the seed remained viable.

“We had a huge seed bank. The fields hadn’t been ploughed for a few years and it was just waiting,” says Mr Jarvis.

In the crop of oilseed rape, blackgrass numbers reached 124 plants/sq m in the ploughed areas, in comparison to just 20 plants/sq m for the light-till.

In the same field ploughing brought up huge numbers of charlock seed, resulting in 610 plants/sq m, in comparison to just 7 plants/sq m for the light till.

This number has greatly reduced now that the field is into its second year of the rotation, dropping to just 123 plants/sq m.

Even with reduced machinery costs, the plough-based system was £27/ha more profitable than either the min-tillage or the low-tillage system in the first year.

While yields will increase in the min-tillage and low-tillage systems and increase the profitability of these establishment methods, it will take time, Mr Jarvis predicts, based on 15 years of cultivation trial data carried out at Loddington.

“By year four I would expect to start seeing improvements, and by year six I would expect low-tillage to be above ploughing in terms of profitability, but you might be out of business by then,” he says.

If growers are to go down the route of low-till then they must clear out their toolbox, he says.

“If we are preparing for the future, then growers must be a bit leaner.

“Selling unused machinery is the equivalent to £30/ha in the light-till system. It’s a quick fix if you can save on machinery.”

However, with £450/ha spent on variable costs such as seed and plant protection products, he acknowledges that variable costs must also be reduced to increase profitability.

“We chase yield like it’s the holy grail, and we forget about profitability.

“Profitability and gross margins really show up in this trial.”

Much of the work presently being undertaken at the Allerton Project is looking at a move towards regenerative agriculture, for which this conservation agriculture trial could form the basis.

This includes looking at areas such as reducing inputs, the risks of being insecticide free, and getting better at maintaining continual soil cover.

“A lot of farmers would say they do a lot of integrated pest management. We could tinker with it, or as the next generation are we going to have a regenerative farming system.

“A lot of farmers are on the cusp of doing it,” says Mr Jarvis.

He says that regenerative agriculture is sustainable agriculture plus livestock plus grass, with a system shift mindset.

“This is about productivity for business and biodiversity and looking forward in a positive manner,” he says.