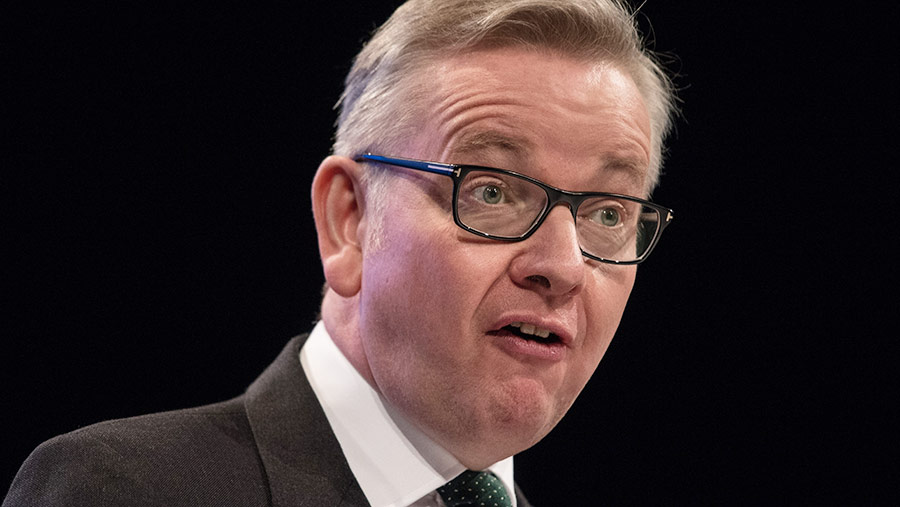 Comments by Defra secretary Michael Gove that farmers drench their soils with chemicals are a “mistruth” and wholly unhelpful, the NFU has warned.

It comes after Mr Gove said intensive agriculture meant the UK was 30-40 years away from the “eradication of soil fertility”.

He made the comments at the parliamentary launch of the Sustainable Soils Alliance last Monday (23 October).

Mr Gove said: “If you have heavy machines churning the soil and impacting it, if you drench it in chemicals that improve yields but in the long term undercut the future fertility of that soil, you can increase yields year on year, but ultimately you really are cutting the ground away from beneath your own feet. Farmers know that.”

However, NFU deputy president Minette Batters said no farmer wanted to see the deterioration or depletion of their soil.

Ms Batters said: “That’s why farmers across the country were deeply disappointed to hear Mr Gove’s recent comments about soils and soil fertility.

“Many farmers, like me, just do not recognise his views that farmers have ‘drenched’ soils in chemicals.”

Farmers were using 31% less nitrogen fertiliser, 55% less phosphate fertiliser and 50% less active ingredient in pesticides than they were in 1990, said Ms Batters.

It was disappointing Mr Gove failed to recognise the work farmers were doing to conserve and enhance soils.

The Sustainable Soils Alliance said Defra estimates suggested 2.9m tonnes of topsoil were lost each year in the UK alone.

The alliance said it wanted to help reverse land degradation and restore soils to health within one generation.