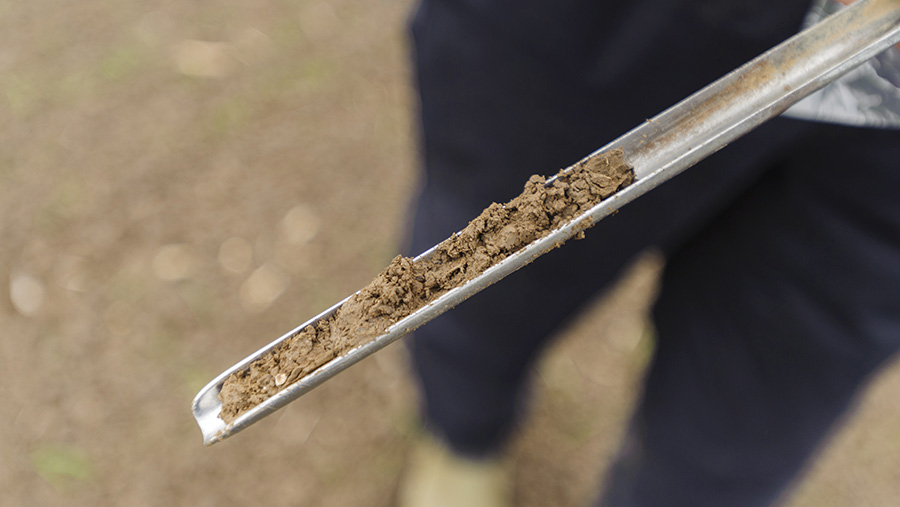 A co-ordinated effort to sample and analyse the biodiversity of farm soils is now in its second year, with further sampling scheduled to re-start this autumn.

Known as the Big Soil Community, it is a community-led approach developed by Fera to measure soil microbial populations, at scale and in a cost-effective and timely manner.

Launched in the summer of 2018 ahead of autumn sampling, the initiative uses DNA-based methods to measure a range of soil organisms and their inter-relationships, before a catalogue of results is produced and individual reports are sent to participating farmers.

As Guy Thallon of Fera explains, soil health is an underpinning characteristic of sustainable agriculture and tends to be divided into physical, chemical and biological components – with the first two being better understood than the last.

The soil microbiome is very complex, he acknowledges, but it is the engine which delivers ecosystem goods and services. “We need to face into that complexity and understand it if we are going to see better results and develop resilience in our soils.

“Using the DNA-based technology, which is known as metabarcoding, allows us to understand more about what’s happening in the soil biological community.

As well as showing the abundance and diversity of soil fungi and bacteria, it can show levels of influential soil-borne micro-organisms and classify them as beneficial or detrimental – depending on their function and how predominant they are.

Metabarcoding is a technique to measure biodiversity by analysing DNA extracted from soil micro-organisms. It uses a method known as polymerase chain reaction (PCR) to amplify DNA that is specific to different groups of organisms – otherwise known as their “barcode”.

The process is useful for measuring the abundance of desirable micro-organisms in different soils. It can also detect undesirable organisms that cause plant diseases or accelerate the release of greenhouse gases.

It also allows Fera to collectively analyse all the samples and to look for similarities and differences between various groups of soil, depending on the cropping system used and the sample’s geographical location.

The Big Soil Community is focused on an autumn window for sampling, so farmers who sign up online will receive a sampling kit and full instructions.

A pre-paid envelope is provided for the sample to be returned. Once received by Fera, it is mixed thoroughly and a sub-sample is homogenised in a buffered suspension.

What information is required?

The process needs field information on location and crop management so that similarities and differences between groups of soil can be established. This information will be held on the Big Soil Community database, which will be used to improve the wider understanding of soil health.

Each sample costs £250. For the first time this year, growers will also receive a beta nematode screening, telling them about the nematodes in their soil.

As the community grows and more farmers join, the cost per sample is expected to fall.

The first is based on the individual sample and gives a snapshot of the soil biology. As well as revealing the abundance and diversity of bacteria and fungi, it shows the levels of influential soil-borne micro-organisms and classifies them as either beneficial or detrimental, depending on their function. It also shows how predominant they are.

The second is a community level report. This contains reference information and descriptive statistics for the community as a whole. In effect, it is benchmarking data for all the soil samples analysed.

How do you interpret the results?

The diversity of each soil is reported using a score called the Shannon index.

The score is lower when a small number of micro-organisms are abundant and higher when a larger variety is found. It allows each sample to be compared fairly with others in the Big Soil Community.

Almost 500 samples were processed by Fera in 2019, which was more than double the number received in the first year.

Of those, 88% had included data on the farming system, giving insight into how their microbial content has been influenced by farming activities.

In terms of bacteria and fungi populations, the three most abundant bacteria identified have yet to be classified and their function is unknown.

At the genus level, the most abundant was Flavobacterium, which is known to fix nitrogen.

With regards to fungi, there was a high proportion of Mortierella, which live on decaying material. Surprisingly, arbuscular mycorrhizal fungi (AMF), which can benefit crops through symbiosis, were generally not identified.