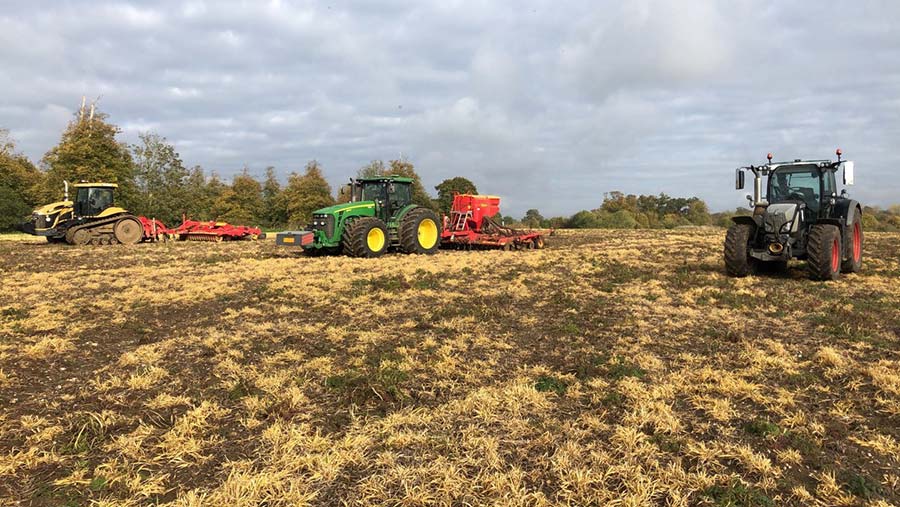 Yields on field headlands are typically 10% lower than the rest of the field, which is why farmers will benefit from measures that minimise the impact of increased traffic on soil health.

This reduction in crop output, combined with the poorer use of inputs by affected plants, means it costs up to 22% more to produce grain on headlands, therefore eating into a field’s profitability.

However, there are some practical steps that farmers can take, such as using new tyre technology and keeping axle weights to a minimum, to reduce the cost of soil compaction.

“It is particularly damaging in terms of drainage, aeration and erosion, as vertical cracks that allow water drainage through the soil profile are removed.”

In its place, a plating effect of horizontal cracks develop within the soil profile.

This reduces infiltration rates, leading to water surfacing and increases run-off by 40%.

Nutrient and water uptake is also impaired due to restricted crop rooting, reduced nutrient supply and a lack of oxygen.

Most agricultural rotations traffic more than 70% of the field, where the first pass could cause 90% of compaction, with headlands suffering the worst.

“Compaction is one of the most damaging things we can do to our soil and is caused by machinery, so if we can mitigate that, we can potentially make big improvements to yield,” says Mr Purdy.

Compaction of the topsoil is dominated by tyre pressure, while axle load and weights is the driver of subsoil damage.

As you increase machine axle weight, compaction goes deeper into the soil profile, lasting for long time periods, which can take five years to recover naturally from, in which time, compaction would have occurred again.

On moist soils, a 15t load can cause compaction greater than 60cm deep in the soil profile, while for a 4t load, it is 30cm deep.

With the right management in place, the depth of compaction can be halved in some situations.

“Farmers should aim for an optimum bulk density of 1.3g/cu cm, but if you are continuously moving soils to relieve bulk density, you’re constantly adding more weight to the soil,” Mr Purdy warns.

The best way to manage soil compaction is to prevent it from happening in the first place, but this is near impossible to achieve. Therefore, minimising compaction is the next best option.

Try to avoid major risk factors such as too many passes, tight turns and wheel slips.

A simple approach to reducing trafficking is controlled traffic farming, which is easily adopted, but machines may need modifications or even replacing to match up track widths, and that can prove very expensive.

Wet soils are more prone to compaction and smearing.

That is because as soil moisture increases, it withstands less weight and becomes more vulnerable.

Poor soils with low organic matters and loosened, weak soils are also at greater risk of becoming compacted, while sandy soils are more vulnerable to compaction than clays.

Carl Pitelen, from Norwich-based machinery dealer Ben Burgess, advises that machinery should not carry any more weight than required, to avoid unnecessary ruts, compaction and fuel use.

Keep axle weights below 6t where possible to reduce depth of compaction and keep tyre pressure below 0.7bar in the field.

As wheel loads at the soil surface are ever increasing, keeping tyre pressures low enough to avoid soil damage further down the profile is challenging.

However, modern developments such as taller and wider tyres with IF and VF technologies can compensate for weight.

Such technologies can carry 40% more weight at identical pressures than standard radial tyres or carry the same weight at 40% lower pressure, minimising risks of soil damage.

“Investing in tyres is a major soil priority. It reduces risks of compaction and rut formation, which benefits the soil, tractor and fuel economy,” explains Mr Purdy.

Mark Wood, farm manager of Clay Farms in Herefordshire, is using a range of techniques to enhance headland management on the 1,000ha of cropping he manages.

Identifying low-yielding areas is a good starting point, as it can be more profitable for growers to remove land from production, such as some field headlands. 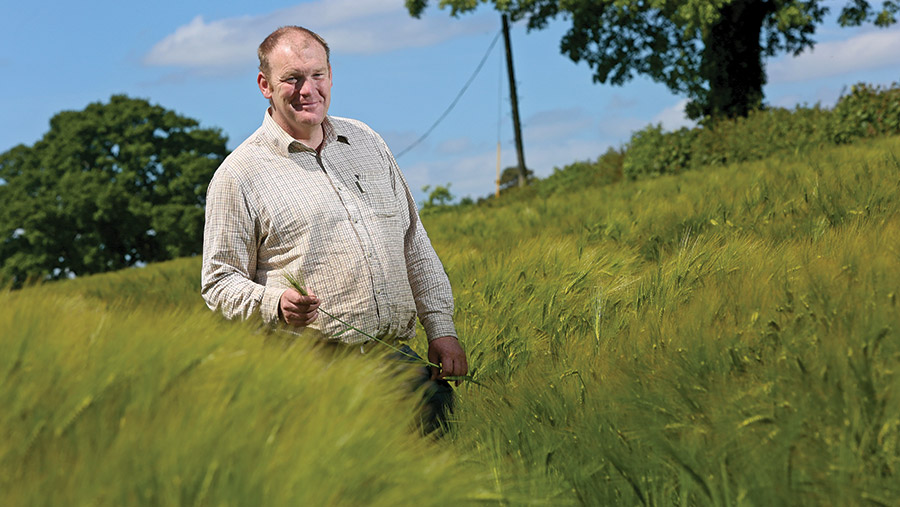 “Sometimes you need to bite the bullet and take areas out of production,” states Mr Wood.

Planting out margins to grass to create turning areas is an effective way to mitigate against headland compaction.

Stewardship schemes can also be used, but this risks bringing the headland and soil damage further into the field.

Cultivation practices can also be used to reduce compaction by cultivating headlands after completing long work to minimise over trafficking and poor crop emergence.

Brome and blackgrass are of particular problem on Mr Wood’s headlands so he applies a different herbicide programme to his headlands.

“Giving that extra attention to detail is time consuming, but it definitely pays off.

“We are pleased so far with what we have implemented as lots of little things have made a big difference.”

Tracks offer advantages over tyres, such as the spread of weight across a longer, narrower length and a smaller contact area, reducing the proportion of the field trafficked.

Tracks are, therefore, kinder to the soil surface, but can cause greater damage further down the soil profile due to the machinery’s extra weight.

“Tracks have a place, but they are not an antidote for all problems as the additional weight from heavy machinery poses a major threat to our soils at depth,” he adds.

It is important to never turn sharply when using tracks, as tight turns are severely damaging to both topsoil and subsoil.

A trial carried out at Rookery Farm, near Diss in Suffolk, investigated the impact of a range of wheeled and tracked machines with various tyre pressures and axle weights on soil health. 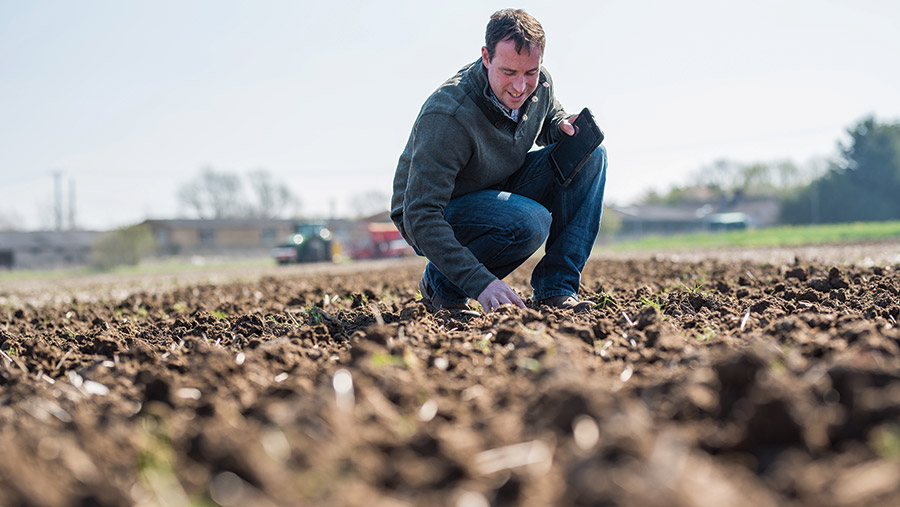 But he is now looking for a more sustainable machine to reduce compaction in his soils.

The machines tested did a pass over every other headland turn to mimic the drilling process.

Measurements were taken for surface track depth, compaction penetrometer readings and infiltration rates before and after the machines passed.

The soil rooting potential for a cereal crop sown by each machine was then calculated.

The Fendt 724 with the lower tyre pressure had the best rooting potential at a depth of 32cm.

The Cat Challenger restricted rooting depth the most, to 15cm in the soil profile, while the John Deere was in the middle of the two at 22cm.