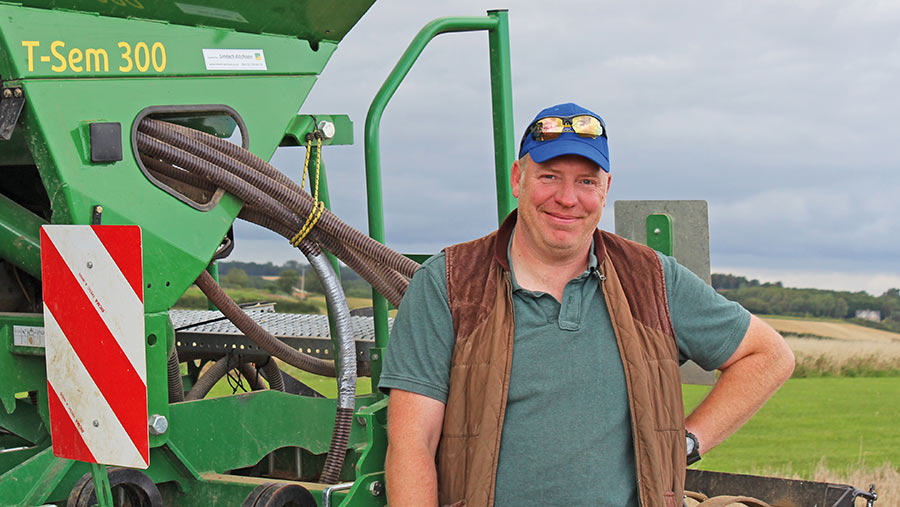 Pressure to reverse excessive nitrate leaching into both the Wessex Water borehole and wider Poole Harbour catchments has led Dorset farmer John Hawkins to radically reshape his farm in the past three years.

The borehole supplies up to 8m litres of water a day, but can be out of action for three to six months of the year because of excessive nitrogen, explains Tim Stephens, a catchment adviser for Wessex Water, who has supported Mr Hawkins closely during the transition.

In total, about 2,000t of nitrogen from 400-500 farms, plus Wessex Water sewage works, enters the Poole Harbour catchment a year.

“Natural England and the Environment Agency [EA] believe that needs to come down to about 1,200t for the nutrification to be reversed.”

That works out to be a target of 18.3kg/ha/year of nitrogen across all on-farm land uses.

But instead of the catchment being designated a water protection zone, which would have added considerable restrictions, a voluntary approach started.

“Farmers in this part of Dorset calculate their nitrogen leaching with a tool, and then are set targets to reduce it.”

Basic economics played a part in how Mr Hawkins decided to meet that challenge.

Comparing his usual rotation over five years with putting 90% of the 240ha farm into a Mid Tier Countryside Stewardship scheme resulted in finding it was more profitable to not grow oilseed rape and wheat on his rolling chalk downland.

“To get a guaranteed income is nice,” says Mr Hawkins. “The margin was better than what I was getting, and I can forecast what I am going to get next year.”

It resulted in half of the 90% of the farm being put into a two-year grass legume fallow (AB15) consisting of red clover, vetch, grasses and trefoil in January 2018.

That’s left as a cover crop before being sprayed off and direct-drilled into a low-input spring malting barley (AB14).

A cover crop is relayed into the standing spring barley by a fertiliser spinner before another low-input cereal.

The other half of the farm starts with the cover crop and low-input spring cereal part of the rotation before switching into the legume fallow option.

“I’m delivering all the good things you hear about – biodiversity, carbon lockdown, nitrogen reduction, while cutting my costs.”

On top of the Mid Tier payments, he receives funding from Wessex Water for the arable reversion, used government capital grant schemes to help fund the purchase of a Simtech T-Sem direct-drill, and has recently entered a carbon credit scheme, as well as his Basic Payment Scheme payments.

The changes have made a drastic reduction to his nitrogen leaching, reducing it to just 12-15kg/ha/year of N across the rotation, below the EA target.

In comparison, his previous winter cropping-dominated rotation would have been above 50kg/ha/year of N, while by 2015, with 50% winter cropping and 50% spring cropping with some cover crops, it was about mid-30s, Mr Stephens suggests.

“It might mean in future Mr Hawkins is able to sell nitrogen credits to others who cannot reach the target,” he concludes. 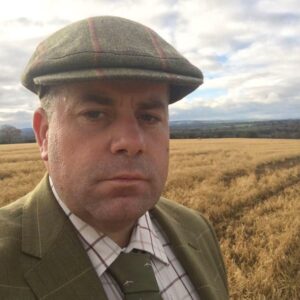 If Mr Hawkins is tackling leaching through simplifying his system, Ben Taylor-Davies is protecting water from phosphate pollution using as much diversity as possible in his system.

Soil erosion from a field surrounded by a 6m margin alongside a hedge planted in 1974 opened the Herefordshire farmer and regenerative agriculture consultant’s eyes to the problems on his farm.

“It was the scary realisation that while you keep cultivating, you don’t notice what you are losing.”

He farms about 230ha of highly erodible, predominantly loamy sands in the River Wye catchment, and not only does erosion take away a key asset, it also contributes to the phosphate pollution in the Wye catchment.

“We are losing about 1.2t/day of phosphate across the whole catchment, costing about £175,000/year. It’s frightening.

“So I’ve decided to start fishing for this soil and these nutrients.”

To do that he focuses attention on his river ground, growing large biomass cover crops, which grabs hold of soil coming down the river, he says.

A key crop for the farm is potatoes, which along with some other vegetable crops, he says, are most susceptible to erosion. “But if we are still to eat our five-a-day, someone has to come up with some decent solutions to producing them.”

His aim with potatoes is to remove insecticides, herbicides, phosphate, two-thirds of his nitrogen, 50% of the irrigation and half his blight sprays. “I use a technique through the rotation I call ‘biological flood’.”

For a long time, he assumed that potato cyst nematode problems were worst in river ground as they came in flood water, he explains.

“But, of course, it was where our plants were dying, no living root and very little biology.

The thing that comes in on very little biology is our pests, so we were creating massive problems by having no living roots in a lot of our soil for a long time.

He he uses “biological flood” to keep soil fed with living roots for as long as he can.

That involves growing cover crops before potatoes, which are mob-grazed by sheep over winter and just before potato planting.

The potatoes are planted directly into the cover crop residue with a companion crop of peas, vetch and buckwheat, in a single-pass system.

High-risk erosion areas have extra-wide buffer zones, while headlands are planted with wildflowers. He also plants wildflower strips in the field to support beneficials.

“Ironically, the very piece of equipment that used to put nematicides down at planting is now putting soil life down.

“The companions are fixing nitrogen for the crop, providing flowers for beneficials, and also acidifying the root zone to help protect against scab and mobilising phosphate, so there are multiple reasons for planting them.”

He also incorporates a microbiological inoculant made from his on-farm Johnson-Su compost and fish hydrolysate to further kickstart microbial activity in the soil.

“We’re not blight-free, but you can certainly manage how much blight is getting into the crop through nutrition.”

Better nutrition also helps reduce respiration in the plant, reducing the need for irrigation in the early part of the season, he says. But once irrigation or rain increases blight pressure, he uses fungicides every 10-14 days.

“You can’t lose your crop, but I think there’s still much more to learn about how to interpret nutritional data for blight pressure.”

Last season was the first year trying this system and he says he saw no impact on yields.

Similar efforts to maximise biological activity and diversity occur across the rest of the rotation and the entire business, he says.

A diverse range of livestock enterprises, from sheep and cattle to alpaca, are integrated where possible into the arable rotation to create more income from the same amount of land.