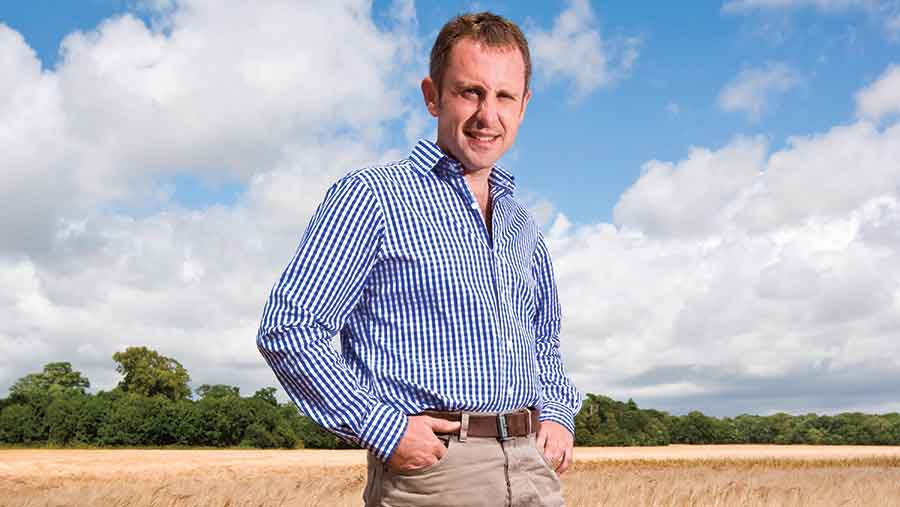 Overhauling the arable side of an estate using integrated farm management principles has helped secure its long-term future, by creating a more sustainable system.

A more diverse rotation and a focus on soil health are the two most obvious signs of the new approach being taken at Sir Richard Sutton Ltd, a mixed farming estate at Stainton le Vale, near Market Rasen, Lincolnshire.

The estate, which spans a 30-mile radius and covers 3,490ha in total, encompasses free draining chalk land right through to heavy clay soils, running from the Lincolnshire Wolds down to the banks of the Humber.

Of that, some 3,104ha is growing winter and spring cereals, winter oilseed rape, spring beans, sugar beet and grassland, with the remainder in woodland, environmental stewardship, game cover and buildings/tracks.

Suckler cow and breeding sheep enterprises are also well-established, making up the rest of the farming business.

An active Leaf (Linking Environment and Farming) demonstration farm since 2002, the business has also had various environmental schemes in place since 2000.

It regularly hosts visits for a wide range of audiences and participates in Open Farm Sunday every year, showing the balance achieved between commercial farming and care for the environment.

Head of farming and estate manager Chris Baylis, who also oversees the company’s farming operations on the Benham Estate in Berkshire, is clear about what his 11-strong farming team is trying to achieve.

“Our vision is to operate in a viable, but environmentally and socially acceptable manner, while providing a continuous supply of wholesome food and conserving the fabric of the estate. That guides our day-to-day activities.”

Back in 2002, all of the land was ploughed and a wheat/rape rotation dominated, taking 86 litres/ha of fuel to establish crops.

All that changed in 2011, when the decision was taken to switch to non-inversion tillage, with 25% of the estate moving to the new regime in that year. 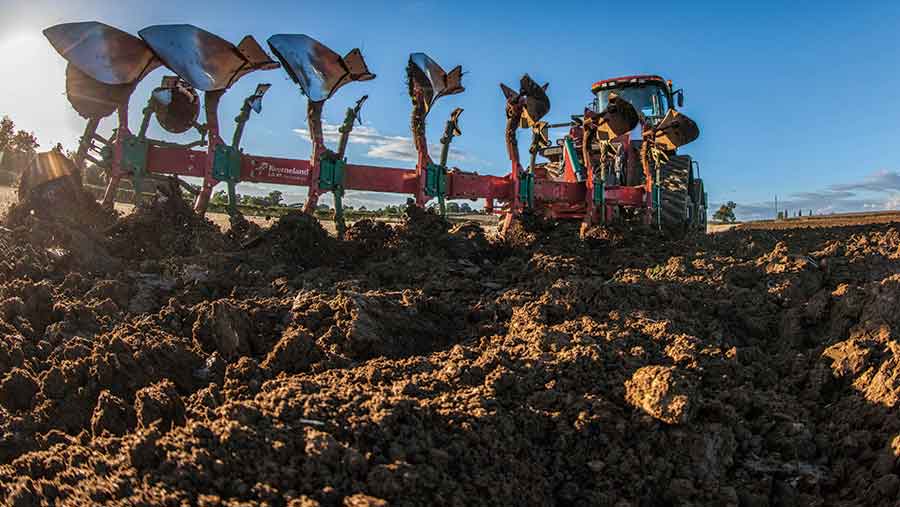 The original aim was to change over completely in four years, recalls Mr Baylis. “However, the 2012 season taught us a great deal, as much of the drilling in very wet conditions experienced that year was a disaster. It was the start of a journey.”

The two main lessons learned from the experience were that the drill being used wasn’t suitable for the task and the soils weren’t ready. “It was done with the intent of reducing operating cost rather than to improve soil structure and crop performance.”

So a review of the rotation was carried out that winter, notes Mr Baylis.

“We went back to the drawing board. A good rotation has several aims and we needed to be sure that we could achieve them.”

Being able to utilise cultural control of pests, weeds and diseases was just one of these, he says.

“We also wanted to be able to maintain the soil nutrient balance and soil structure, while spreading our financial risk and workloads, as well as increasing biodiversity.”

Having agreed on a rotation based on six crops, he then introduced three steps to put it into practice.

“Step 1 was a drainage programme. We started a 10-year maintenance project, although the payback has come within the course of one rotation. It has reduced issues such as ponding and soil erosion, while giving us unexpected working window benefits.”

The second step was a new cultivations regime, using primary cultivations, min-till and direct drilling, together with rotational ploughing.

“We are only using the plough on the Wolds land for incorporating spring barley straw. Otherwise we have a Vaderstad drill and a toolbar, which allows us to use it in various ways.”

Strip tillage is preferred for the oilseed rape, so half of the coulters are switched off to prevent soil disturbance between the rows. Liquid fertiliser is placed down the legs at drilling, which has transformed establishment and decreased autumn fertiliser use by 50%.

“No matter which technique we use – direct drilling, strip tillage or min-till – the challenge has been the cosmetic appearance of crops,” admits Mr Baylis. “It’s something that we’ve all had to get used to.”

The third step was cover crops, which are being trialled across 80ha each year. “We haven’t rushed into them. It’s a case of seeing where the fit in the rotation and what benefits they bring.”

Three different crops are being assessed – a black oats and vetch mix, mustard, and a black oats and radish mix. To date, they have shown a good ability to retain soil structure, a root zone advantage from mixes and a visual benefit to soils.

“We can’t quantify it yet,” he admits. “But it would seem that bespoke mixes are better, and usually cheaper.”

He adds that the way cover crops are grown needs attention to detail and good agronomy. “We’ve also found that some species delay the emergence of following crops, so for this reason we won’t be using mustards before cereals again.”

As far as blackgrass control where cover crops are concerned, the jury is still out, he reports. “We seem to get better weed control from a fallow, spraying it off in the autumn and the spring before using a cover crop over the summer months.

His main concern with the new system is that is does increase the farm’s reliance on glyphosate – something which he is not entirely comfortable with given recent events.

Looking ahead, Mr Baylis plans more integration between the livestock and arable enterprises, with short-term grass leys being introduced into the rotation.

“Our existing HLS agreement ends in two years, so we can start to consider making these changes.”

The estate’s healthier soils are already producing higher yields, without additional expenditure on inputs, he adds.

“The targeting of inputs is important. Use of cover crops through the winter period is also likely to be increased, so that we recycle nutrients and get the soil structure benefit.”