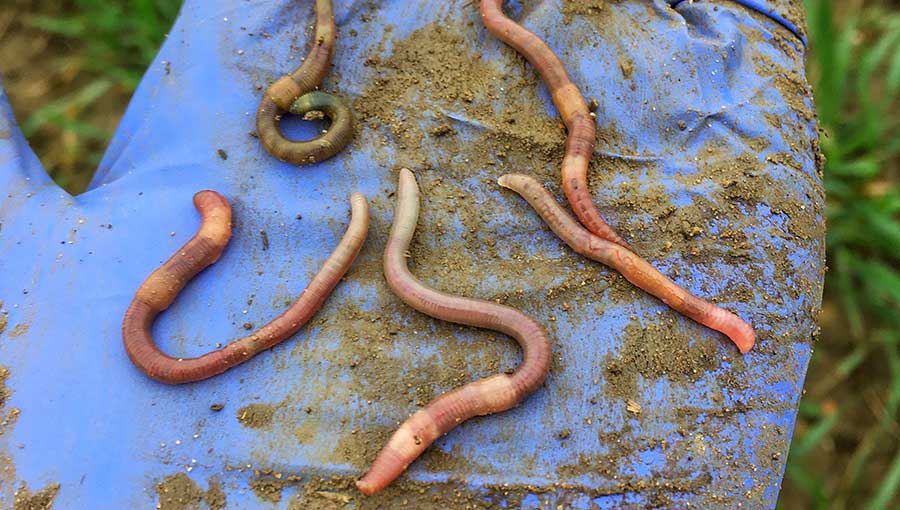 A comprehensive worm survey of farms in England has shown they are rare or absent in two out of five fields, reflecting widespread historical over-cultivation.

The #60minworms project required volunteer farmers to dig 10 small pits across a field so that both the overall number and diversity of earthworms could be counted.

The project, organised by Jackie Stroud, a NERC soil security fellow at Rothamsted Research, and funded by the Natural Environment Research Council (NERC), covered 1,318ha of farmland in England. 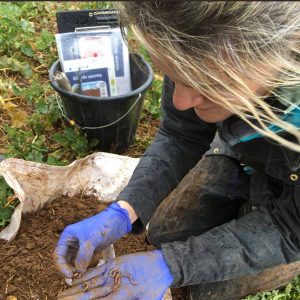 One of the project’s main aims was to find the baseline of farmland earthworm populations against which farmers could test their soil health both now and in the future.

The study, which was carried out between March and April 2018, revealed that the average field had nine earthworms in every spadeful of soil, with top fields having three times that number.

One in 10 fields had high earthworm numbers of more than 16 worms per spadeful.

However, 42% of fields had poor earthworm biodiversity – meaning either very few or none of the surface-dwelling and deep-burrowing categorisations of worms were seen.

While there was a good presence of horizontally burrowing topsoil worms in most fields, 21% lacked any surface-dwelling worms and no deep-burrowing worms were found in 16% of fields.

Earthworms perform a number of useful “ecosystem services”, and high numbers of earthworms have been linked to enhanced plant productivity.

Most fields had a good presence of topsoil worms, which are generally unaffected by over-cultivation, revealing the impact of heavy or regular tillage on their numbers.

The study also revealed that organic matter management has a mixed impact on earthworms, with straw retention and manuring having no significant positive effect, although cover crops were shown to significantly increase deep-burrowing worms.

Since taking part in the study, 57% of the farmers said they would change their soil management practices as a result.

However, Dr Stroud said that deep-burrowing worms are slow to reproduce, so it could take a decade of changed management practices to recover their populations.

“Crucially, working together with farmers, we now know typical earthworm numbers in agricultural soils and between us have developed a quick method for ongoing monitoring.

“Many farmers have reported they plan to survey again this spring following benchmarking their fields last year.”