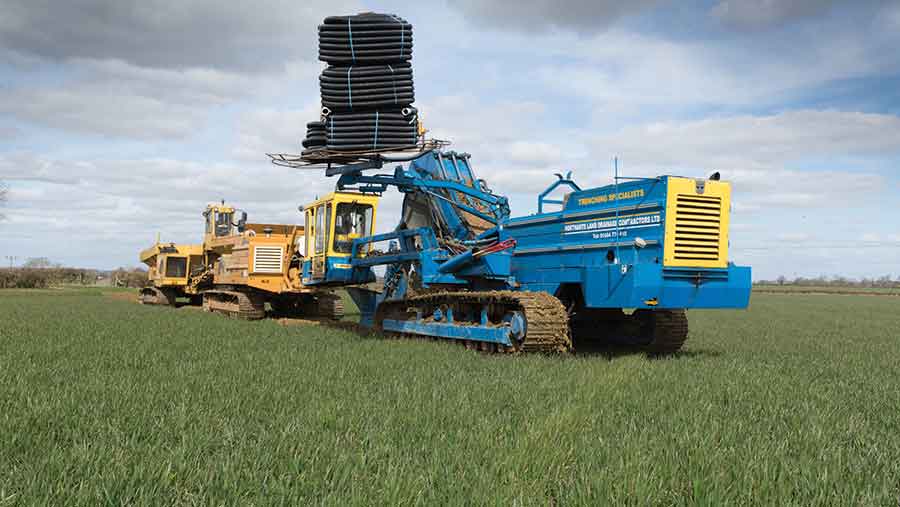 Getting soils into good shape as well as ensuring there is good drainage is crucial for direct-drilling a rapidly expanding spring cropping area on heavy clay soils.

Having taken up the reins at Farmcare’s Stoughton Estate just 18 months ago, manager Jack Smith is aware that compaction and soil organic matter levels need addressing, especially as the silty clay loam soils are heavy and tend to be very wet.

“The estate’s drainage system, which was installed in the 1970s, is coming to the end of its life,” he explains.

“We will be undertaking a re-drainage programme over the next five years to address that, but the very wet conditions meant that establishing our growing area of spring crops was a real challenge this year.”

A partial drainage programme is already under way, with two fields being done in the last two years. “It is expensive, at around £1,000/acre, but it’s an investment in the business and will help to future-proof us against unpredictable weather events.”

Otherwise, ditch maintenance is important and an on-going commitment to the task has made a difference, he notes.

“Getting the drains cleared out and flowing properly again simply means that the water from the fields has somewhere to go. It’s a job that had been neglected.”

He adds that field size has had a bearing on soil structure problems, with compaction being a considerable issue on headlands and in very wet areas.

“The average field size here is less than 20 acres and we used to have a Crawler as the prime mover,” says Mr Smith. “As you can imagine, turning was an issue.” 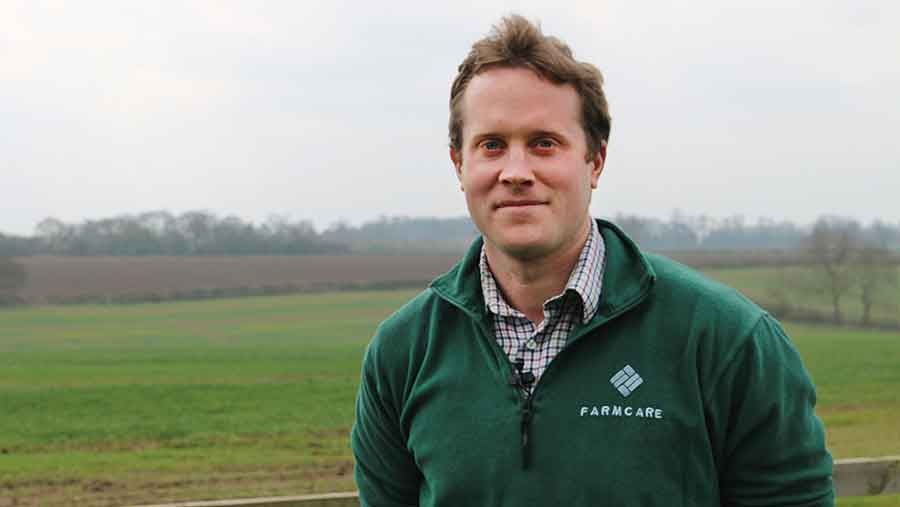 He now has to decide whether to subsoil the worst headlands and is looking into the costs involved. Subsoiling after oilseed rape drilling will also be investigated.

“Unfortunately, any compaction issues really show up in the oilseed rape crop,” he acknowledges. “It only starts to look good in the summer, after some anxious months.”

To help with soil condition, sewage sludge is being incorporated in front of oilseed rape, bringing a cost advantage over liquid fertiliser in the seed-bed as well as a soil health and organic matter benefit.

However, the future of the crop is less certain. “Oilseed rape just isn’t working as a cleaning crop any longer. The herbicides are expensive.”

With this in mind, changes being made to the rotation include moving to one in five years with oilseed rape by introducing barley, as well as some spring cropping.

“The estate had grown a wheat/rape rotation until three years ago, when winter barley was introduced,” recalls Mr Smith. “This is now being replaced by a five-year rotation, which will have an area of spring cropping.”

That is giving him the opportunity to tackle blackgrass before drilling and make better use of non-inversion and direct drilling techniques, as well as being able to experiment with cover crops.

“If we can get some soil structure benefit from both less traffic and the cover crops, it would be a bonus. We’re also looking to see whether they can help with blackgrass control.”

Spring wheat, spring beans and spring oats have all had a place this year, bringing much lower establishment costs and proving that the combination of heavy soils and direct drilling can work. The spring cropping area has increased from just 13ha in 2015, to 300ha this year.

“Our spring wheat was direct drilled into the remains of a cover crop in mid-April at 500 seeds/sq m. Apart from one slug damage patch, it’s looking very well.”

Spring beans are a new crop to the farm, with 60ha in the ground for the first time. Drilled using a Claydon drill, they were relatively cheap to establish and will be assessed on their harvest performance.

Likewise, spring oats are proving cheap to grow and market demand for the end product is good, he points out.

“They’re not suitable for blackgrass land, due to the lack of control options, but we managed to get 7t/ha from them last year.”

He plans to continue assessing different cover crop options, for their soil conditioning effect, and will evaluate whether direct drilling could be used more widely.

“With our wet, heavy soils, spring cropping will always be a challenge.”