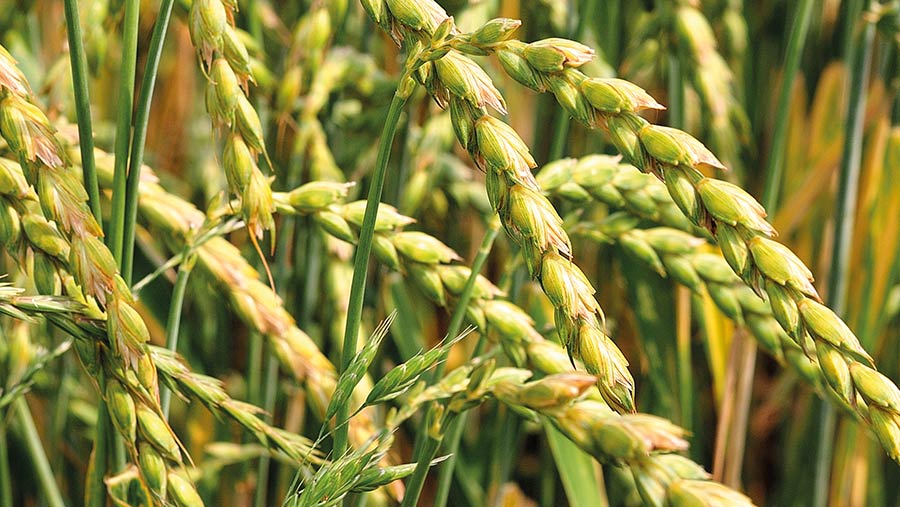 Arable farmers interested in adopting regenerative agriculture practices will soon be able to gain tips and advice from an AHDB project, with one farmer sharing his ideas and experiences over the next six years.

Regenerative agriculture is for the many, not the few, believes Wheatsheaf Farming Company farm manager David Miller, who is looking forward to showing how a regenerative system can be put into practice and what it can achieve.

As the AHDB’s chosen site for its new Strategic Farm South, Mr Miller has been following most of the regenerative agriculture principles on his 700ha Hampshire farm for the past 11 years and stresses that it can be done in different ways.

See also: How an easy-to-use app can help with tight potato margins

“There is no blueprint,” he says. “The key is to balance the farming system with nature.”

For those who are considering a more biological method of crop production, one of the aims of the new strategic farm is to give them the confidence and skills to make changes, without harming the bottom line. 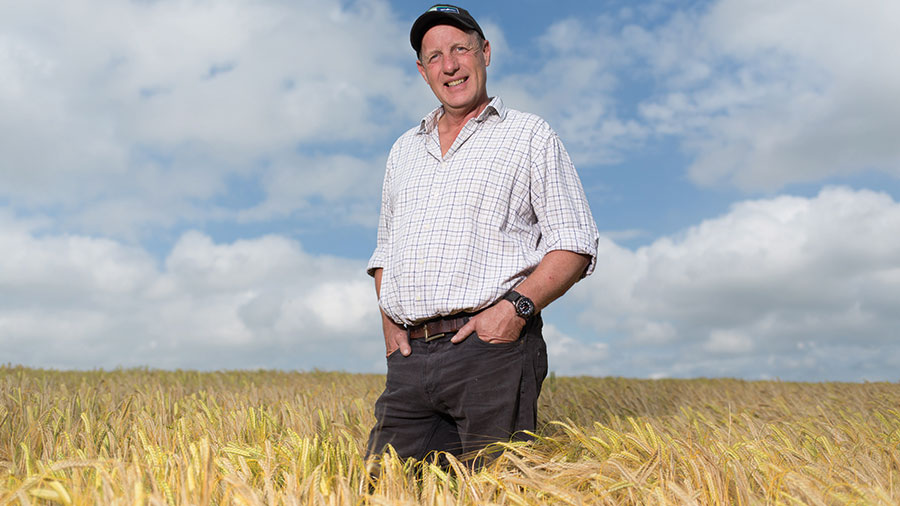 The investigations planned for the first year go beyond cover crops and direct drilling, both of which are quite widely used on UK farms.

David Miller has earmarked 10 fields for trials, with baselining being done this summer, ahead of the first site visit in the autumn.

An essential principle as far as Mr Miller and his steering group are concerned is to make sure that growers aren’t tempted to simply replace one can with another – swapping chemical products for biological ones, with little evidence of how they work and whether they make a difference.

At the start of his journey, Mr Miller put 120kg/ha of diammonium phosphate down with the seed, to replace the nitrogen that hadn’t been mineralised by cultivations.

That has since reduced to 40-50kg/ha and the farm is now at the stage where inorganic fertiliser will have more of a detriment to soil biology than benefit.

“So we’re going to look at what else can be put down with the seed and whether it has a benefit,” he says.

“That will include a range of nutritional and biological products, including worm juice.”

Adding microbes and other biology to the soil in the form of compost brews is taking a leap of faith, as users often have no idea of what’s in the products and whether soil life has increased as a result of their use, comments Mr Miller.

“The advice is often to include a food source for the biology, which is why molasses is used with them. Nutrients might be included too.

“We hope to find out what happens when various products, such as Ecoworm, are applied, whether they help to improve soil conditions and if their use is cost-effective.”

Using Brix levels to measure the health of the plants and help with agronomic decisions can be tricky, he accepts.

The theory is that if plants are photosynthesising well and have high levels of chlorophyll, they will have a high Brix reading and be more capable of withstanding pest and disease attack.

“We will be looking at whether there is a correlation between chlorophyll and Brix, by making use of N sensor readings.

“The aim is to find a more reliable method of assessing plant health and informing decision-making.”

Mr Miller – a previous winner of the Farmers Weekly Arable Farmer of the Year – acknowledges that regenerative agriculture can be seen as an exclusive members club, but points out that the reality is quite different.

“Everyone is welcome. The only way that we’re all going to improve what we’re doing, reduce the industry’s reliance on the can and focus on margins rather than yields is to get more people trying things out on their own farms and sharing their learnings,” he says.

His experience has taught him that it’s a slow, transitional process and one that brings wider benefits than he first imagined.

While some of his growing costs have almost halved in the time that he’s been engaged with regenerative practices (see panel), there have been biodiversity and environmental gains too – fitting in with the move to a new support system based on providing public goods.

“At the outset, you have to be realistic about what you can achieve and the timescales involved,” he advises. “That may mean reassessing what you’re doing.”

As such, a mindset change is a key requirement. A healthy, biologically active soil is the central component of a regenerative system, which is why limiting the amount of soil disturbance is important.

“When you cultivate, it disrupts the soil biology. The bacteria recover quicker than the fungi, so the balance gets upset and you become more reliant on artificial inputs to produce the sort of yields that you want.”

As a regenerative farming system develops, high levels of inputs are not required. What growers start with will change over time, making further savings possible and putting the emphasis on margins, he adds.

Learning how to reduce inputs without affecting crop margins is going to be a core pillar of the AHDB-funded work done at Wheatsheaf Farming.

David Miller uses the example of his oilseed rape crop to show how his establishment and variable costs have almost halved in the past 10 years, as soil function has improved and he has been able to make gradual changes.

Today, no base fertiliser is used on the crop – in fact, no potash has been applied for the last six years.

His total seed cost is £28/ha. Farm-saved seed and a companion crop of berseem and crimson clover, buckwheat and vetch are planted, helping with nutrient cycling and crop rooting, as well as soil health.

Neither insecticides nor slug pellets are used. The crop usually receives two fungicides, and nitrogen applications are pegged at 180kg/ha.

“It can be done. There may be a few bumps along the road, but it’s possible to make some big gains relatively quickly.”

For the past two years, he had also been growing spelt on the farm, producing a crop with just 100kg/ha of N and few other inputs.

At harvest, he has it de-hulled and then milled, with the flour being bagged and sold to local shops and bakeries.