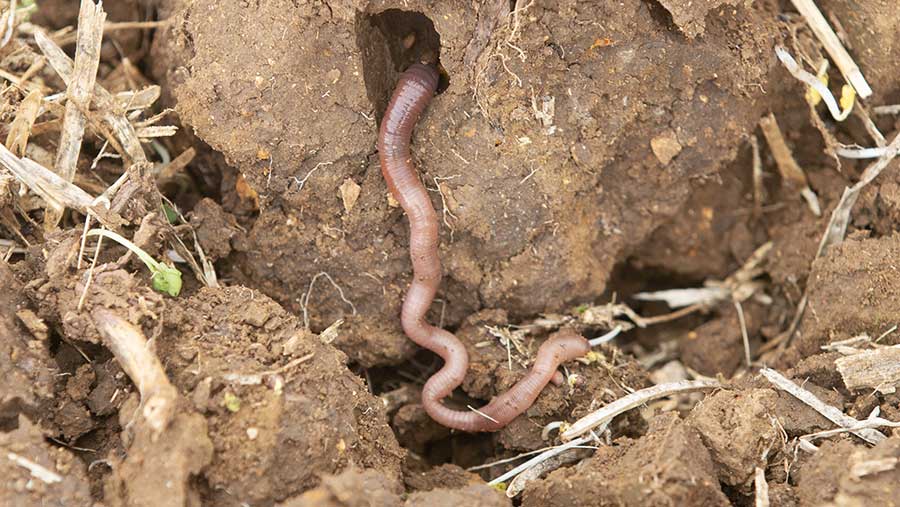 One of the most common questions for farmers relating to “soil health” is how best to measure it and monitor progress once they have embarked on a mission to improve it.

Farmers Weekly invited soil scientists, agronomy experts and top arable farmers from across the UK to a discussion at Swanton Morley Farm in Norfolk.

The aim was to explore the current state of soil health research and practice, looking for ways to give farmers better knowledge and tools to maintain and improve their own soil.  We round-up the key take-home messages.

Thanks to Bayer for its sponsorship of the event. Farmers Weekly had complete editorial control of this report

Soil science has, up until recently, focused on the physical and chemical properties and although these remain critical, soil biology is now considered the key indicator of a healthy, functioning soil.

Some expensive lab-based tests, such as the carbon dioxide burst method and DNA analysis, are now on the market and aim to give farmers an indication of biological activity within their soil.

However, consensus among experts is that these tests can be expensive or unreliable and provide data that is not necessarily relevant to the farmer on a practical soil management level.

How to measure soil health

Instead, growers should consider focusing on three simple tests that can be carried out on a routine basis to assess general soil condition and track how management changes are influencing soil health. These include:

These tests – along with a lab-based chemical analysis – should be carried out at least every five years, so sticking to the discipline of testing one-fifth of a farm’s cropping area each year will help to ensure this is maintained.

The smartphone app “what3words” is a free and accessible tool that can help growers conduct assessments in the same spot each time for accurate benchmarking.

Organic matter levels are key to a biologically active soil and improving this over time should be tracked. A Dumas test is a slightly more expensive lab-based test for organic matter analysis than a loss on ignition test, but is seen as the more accurate method.

For farmers that don’t want to take matters into their own hands, agronomy groups such as Hutchinsons and Agrovista offer comprehensive soil health assessments, which include all the above tests, plus macro and micronutrient analysis and an expert to point growers in the right direction.

For 2018 Soil Farmer of the Year Simon Cowell, conducting mycorrhizal fungi counts on the roots of his wheat plants has been useful in monitoring if his no-till system is improving soil health.

After sending growing root samples to a laboratory, results have shown up to 80% are colonised with the beneficial symbiotic fungi, which help plants pick up nutrients and improve soil structure. A result of 30% in winter wheat is considered “good”.

“It shows that my system is working, and it also shows that modern wheat varieties can be colonised well too,” he says.

Mr Cowell has also tested samples from beneath stubbles and shown that mycorrhizae survive on roots long after harvest, allowing them to colonise the following crop if it is a suitable host (non-brassica).

How to improve soil health

Recently, soil organic matter and structure has been lost under intensive cropping systems, with growers requiring more horsepower and cultivations to prepare seed-beds and increasing quantities of inorganic fertilisers to maintain yields.

There is now a requirement to try and shift soils back to the “middle ground” between the depleted soils of today and the undisturbed soils of a few thousand years ago, which can be found under native woodlands. Some ways to do this include:

How does soil health affect agronomy?

Switching focus to managing and improving soil health has huge benefits in the fight against weeds, pests and disease, but there are also some potential issues that require careful consideration.

Improving overall soil health will help fight grassweeds, as soils will stay in the “friable range” for longer and allow for later autumn drilling or less risky spring drilling to help fight blackgrass.

Seed-beds will be of higher quality, resulting in good establishment and more competitive crops able to withstand pest and disease attack and outmuscle weeds. Performance of pre-emergence herbicides will also be better.

However, in no-till systems – particularly in early days of transition – slug risk can increase, while cover cropping into a rotation may harbour pests such as aphids and disease in following crops. Bromes are also noted as a potential issue when direct drilling.

These issues may require growers to be more flexible and target cultural methods such as cultivations in the case of slugs and brome.

For crop disease, improving soil health has been shown to improve crop resilience to disease, but fungicides are likely to be required to complement the system.

Improving soil health is now a high priority for many farmers because it can provide a range of benefits right across the farming system. It is not a simple cure for all problems, but it does help stack the odds more in the farmers’ favour.

Better soil conditions give more flexibility around major decisions such as crop choice, cultivation type and drilling date. They also ensure that crops establish and grow well, making them less vulnerable to pests and diseases, and more able to compete with weeds like blackgrass.

All of these factors reduce the pressure on crop protection programmes so that chemistry is used to maximise yield and quality rather than as a life-support tool for crops facing agronomic problems. 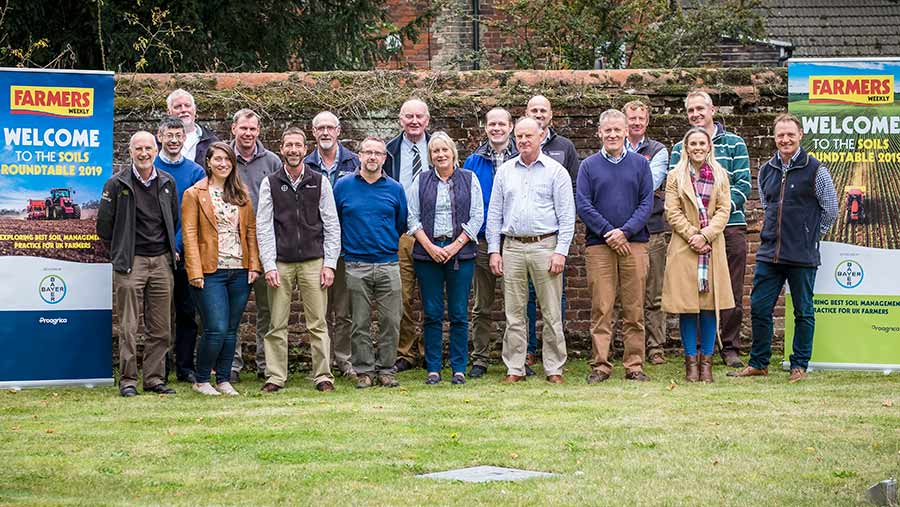