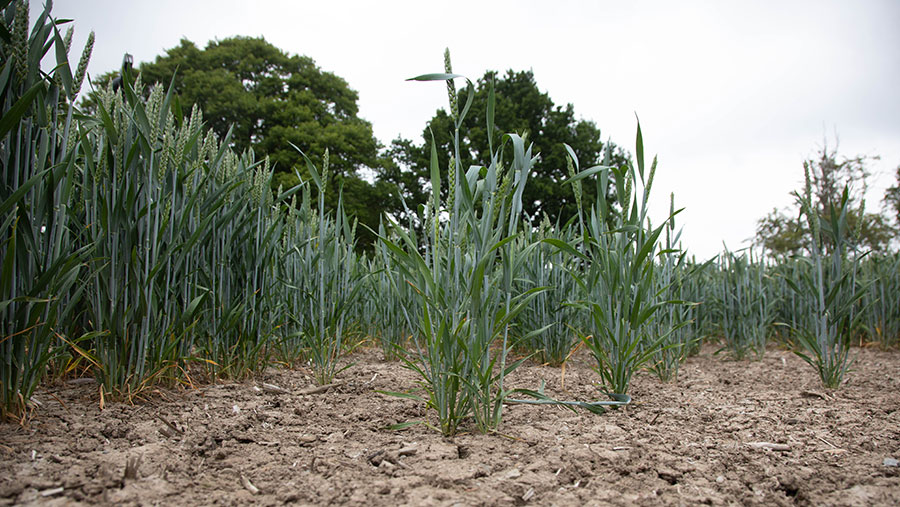 More than one-third or arable growers could be affected by degraded soils, according to a new survey.

Scientists at Rothamsted Research have developed a “soil health” measure that shows 38% of arable soils in England and Wales are degraded.

How would you rate your soil health?
Made here

This is compared with less than 7% of grassland and woodland soils being given the same rating.

The new index classifies soils by the proportion of organic matter versus clay they contain. It is calculated by measuring the proportion of soil carbon to soil clay, with samples then categorised based on this value as “very good”, “good”, “moderate” or “degraded”.

Soils where there is at least 13 times more clay than carbon were rated as degraded, while those with less than eight times the amount of clay compared to carbon are regarded as very good.

The data behind the index is based on more than 3,800 soils collected between 1978 and 1983, as part of a national soil survey.

It is based on two routinely taken soil measurements and could be easily established for any field in England and Wales. This could help farmers or policymakers improve the natural services soils provide, such as food production, flood protection and carbon storage.

According to lead author and PhD student Jonah Prout, it is a good predictor of how much carbon soils can take up and store – vital in the fight against climate change – as well as a general indicator of how well they are functioning.

“By analysing a wide range of soils from across England and Wales, we were able to test this index as an indicator of soil structure – of key importance to soil functioning – and a measure of whether a soil needs improving,” said Mr Prout.

“Soil carbon is vital for the proper functioning of soil, but its absolute value alone is not always a true reflection of a soil’s health due to the very varied nature of different soils.”

The ratings are largely independent of climate, soil type or the type and amount of vegetation growing on it and therefore provides a “true indication of the status of the soil”, he added.

But the researchers said their index allows farmers and other land managers to determine how best to manage their land – where to grow, where to treat, and where to build – depending on the state of their soil.