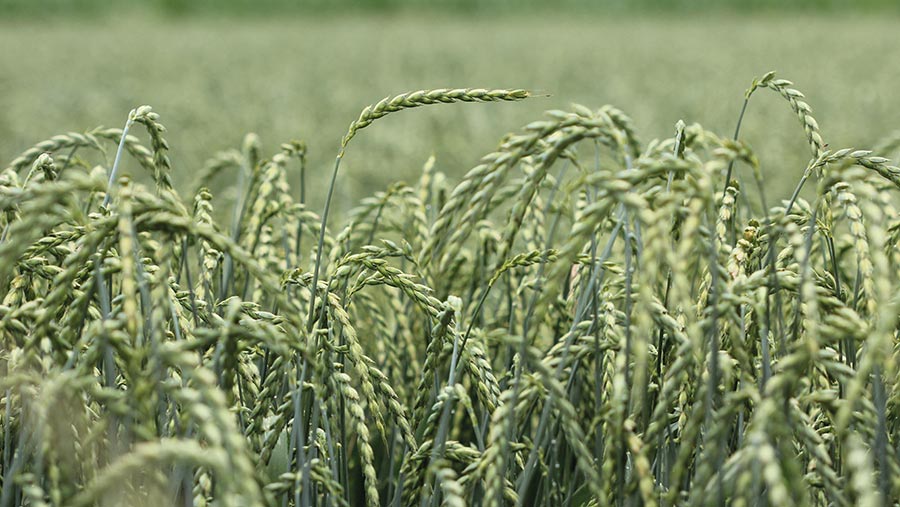 Having started seven years ago by leaving one field unploughed, this autumn will be the first season that the 174ha of combinable crops grown at Easter Rattray Farm near Blairgowrie are established without any tillage.

In that time, his rotation has changed considerably, with double the number of crops now being grown for local markets, while soils have benefited from the inclusion of cover crops, organic manures and chopped straw.

With nutrient cycling starting to work well as soils have improved, he has been able to cut out the use of all phosphate (P) and potassium (K) fertilisers, as well as any others used in the seed-bed.

In addition, insecticide use across the entire farm has been eliminated as he looks to balance his farming system with nature. As a result, he now has nitrogen fertiliser and fungicide rates in his sights. 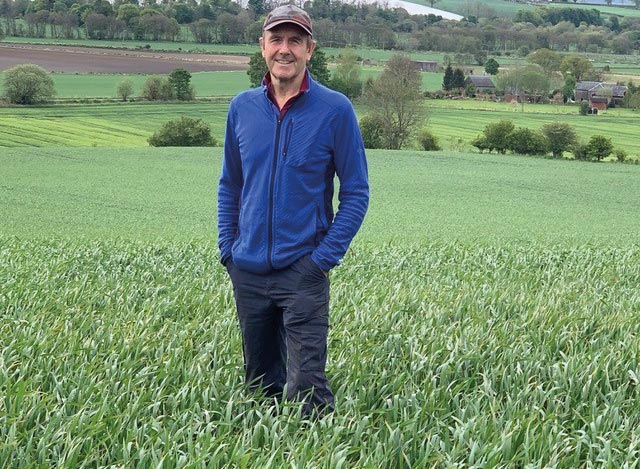 Not changing too much at any one time has been key, as it has allowed him to plan ahead and maintain some flexibility, while keeping within his comfort zone as the system has evolved.

“I’ve eased into it,” says Mr McFarlane. “Once I’d recognised that I needed to do something, it came as a revelation that life could continue without the plough.”

Having heard French regenerative agriculture pioneer Frederic Thomas at a Base-UK meeting in Dundee, he decided to try a regenerative approach. “That’s when the penny dropped and I started to think about how to adapt,” he recalls.

The decision to call time on a soft fruit enterprise back in 2011 had left him with a four-year rotation consisting of winter barley, oilseed rape, spring barley and winter wheat, all grown with purchased treated seed, seed-bed fertiliser and other costly artificial inputs.

“This farm could quite easily be a high-input, low-output business,” he explains. “With steep, stony land, our yields were never going to be record-breaking. It became clear that I needed to develop a sustainable system based on soil health, rather than chase output.” 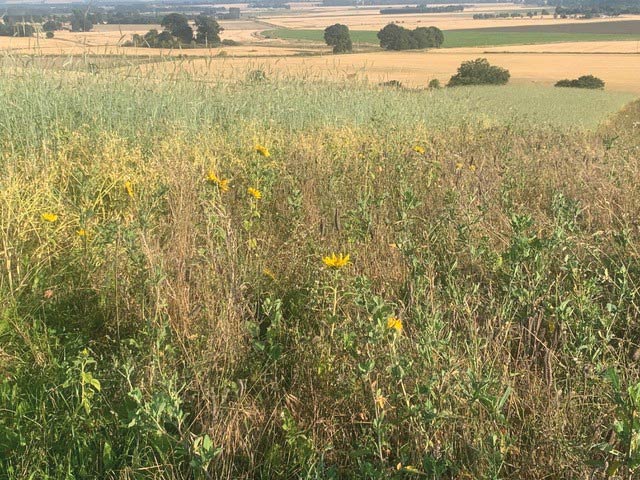 In the first year of change, Mr McFarlane used a power harrow/seed drill combination to establish a winter cereal crop without ploughing. It worked, so he followed it up with spring barley, before purchasing an old Horsch CO4 drill for establishing cover crops.

Encouraged by James Warne of Soil First Farming to buy a good low-cost starter drill and have a go, the Horsch CO4 proved suitable.

Once cover crops containing a mix of species were in the system, his original rotation didn’t suit the new approach. In order to spray them off, as well as control volunteers, he widened the rotation by growing spelt, winter beans and spring oats.

“Adding extra crops bought in much more diversity, maintained a living root presence and kept soils active,” he says. “Stewardship has also been included with a summer cover crop, which acts as a green manure, and wild bird food seed.”

While the cover crops don’t always put on lots of biomass due to the later harvest dates in Scotland, they don’t cost him much and make a valuable contribution to soil structure.

“This year, I’m investigating broadcasting them into a standing cereal crop to see if they get away quicker.”

With no livestock on the farm Mr McFarlane makes good use of local supplies of farmyard manure, applies other organic manures ahead of oilseed rape and also has access to council compost. He aims to give the whole farm a “light dusting” every two years or so.

He has recently started to measure soil organic matter and recorded a level of 8.2% in the field that hasn’t been ploughed for seven years. For comparison, other fields were at 6.2% and 6.3%.

“The soil is darker in colour and has far more worms,” he reports.

Having done away with other fertilisers, reducing nitrogen is now a key aim. As a result, he includes molasses and fulvic acid with his liquid nitrogen, so that he gets better use of the fertiliser and keeps soil biology active by including a carbon source.

Wheat crops grown after a summer cover and winter beans have already had their nitrogen input reduced by one-third.

He became a member of the farmer-led group Base-UK three years ago, which encouraged him to give regenerative agriculture a go and provided support when he needed it. He describes it as a wonderful organisation for anyone starting on the no-till journey.

“It is a mindset change,” he stresses. It’s simple, but not easy. Once my confidence levels started to rise, I found that it made farming fun again.”

His advice to others is to get hold of an old, basic drill and try some. “Just make a start. Only do as much as you feel comfortable with, as it can be quite scary.”

His colleague, Ian McIntosh, has embraced the new way of operating, which Mr McFarlane is grateful for, pointing out that getting staff and other family members behind you is important if the system is to work.

Mr McFarlane agrees with the findings of the Groundswell benchmarking group that everything is lower in a regenerative system, except for the margin.

“Financially, we’re in the same position as we were, even though yields are down. Our costs are lower and should continue to come down, so there is not so much at risk, while our natural capital is increasing.

“The farm is in better shape for whatever the future may bring.”

Jock McFarlane has identified some aims for the next year or so:-