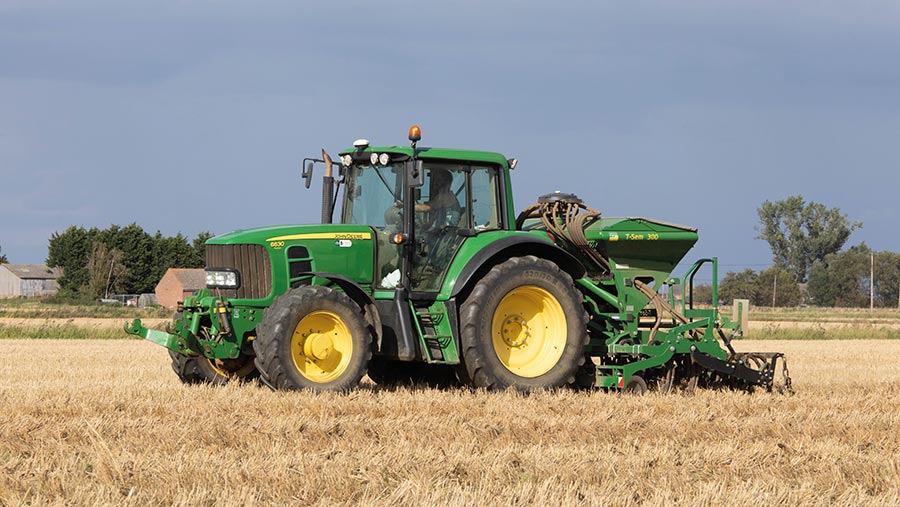 Farmers considering the move to a regenerative farming system must have a plan and introduce gradual changes, or there’s a danger that they will expose their businesses to an unacceptable level of risk.

Understanding that it is a change in farming practice, not just in cultivations, is key to making it work from the outset, with the right mindset being an essential component, say BASE members – all of whom have introduced the concept across their farms or are in the process of doing so.

“The biggest change required is the one between your ears,” says soils consultant Steve Townsend. “Once that has taken place, you can make a start.”

As soil management is at the centre of a regenerative system, there are principles that apply to all farms, but the timescales for their introduction will be different.

Those who have already taken the plunge say that instant results are rarely achieved.

BASE is a farmer-led knowledge exchange organisation for those interested in regenerative agriculture. It provides a means to share the wealth of experience, knowledge and collective learnings of members.

Founded in 2012, farmer members of BASE follow core principles of carbon management and soil health. These include:

“Regenerative agriculture is about building up carbon in the soil, so that the system becomes more resilient and reduces environmental risk,” explains Mr Townsend.

“Depending on your starting point, it takes time to do that, which is why it’s site-specific.”

As such, there must be some understanding of soil fertility and nutrient management, so that crops continue to perform while the system is in transition.

High-yielding wheat crops will continue to have a requirement for applied nutrients, despite plenty of advice to the contrary.

“The initial savings come from reducing fixed costs, rather than inputs,” he notes. “As you’re building carbon in the soil, the availability of nutrients such as phosphate can reduce initially.

“Over time, that changes and you may be able to cut back, depending on your circumstances.”

No-till facilitates improvements in soil biology and carbon quality, so soil disturbance should be minimised, he adds.

“You’re relying on soil fungi to produce glomalin, which holds the soil together. If you then destroy the fine network of fungal hyphae by cultivating, you’re not going to see any change.”

Any plan to introduce regenerative practices should be driven by the farm’s rotation and the level of risk that the grower is prepared to accept, believes Mr Townsend.

In a typical combinable crops rotation, oilseed rape can be a good place to start as it isn’t established by ploughing – with a no-till system then used to establish the following winter wheat crop.

Where winter barley would normally be grown next – the switch to a spring crop helps with volunteer control and provides an opportunity to introduce a cover crop to help with soil function.

In this way, steady changes are introduced over three years, he comments. “And it may be sensible to only do half of the crop when you start, in which case it will take six years.”

New entrant Lance Charity admits that he doesn’t know if he’s doing the right thing, but huge progress has been made since he took on a Peterborough City Council farm three years ago and introduced a regenerative approach.

Since he arrived, livestock has been integrated into the system, the rotation is much more diverse, biodiversity is on the up and input use has fallen.

In addition, plant roots are doing much of the soil structuring required on the farm, following years under its previous tenants of growing root crops and using the plough.

Taking on Flood Farm at harvest 2018, one of Mr Charity’s first actions was to put cover crops in.

That allowed him to bring the first of his Dorset sheep on to the farm, which are lambed out of season in September and marketed through Waitrose.

Keen to pursue a low-input, mixed-farming system, he put a herbal ley into the lambing paddock and introduced strip gazing, moving the sheep frequently to get the best results and keep feed costs to a minimum.

“Sheep are brilliant,” he says. “On the cover crops, they eat, trample and leave some. With the leys, we move them every three days, so the lambs fatten well.”

On the cropping side, he now has 70% of the land in spring cropping, which is helping to reduce the blackgrass burden and increase diversity.

His spring wheat, barley and bean crops are established by direct drilling in one pass, so that soil disturbance is minimised.

“We find that our SimTech tine drill can cope with most things,” he says. “After the cover crops have been grazed by the sheep, we spray off anything that’s left and go straight in.”

The remaining 30% is in winter wheat, although this year he is planning to take 10% of his land out of cereals and put in more herbal leys for the sheep.

He has also got 100 chickens and started a local egg run during the pandemic, bringing in extra income.

As well as expanding the poultry and the sheep enterprises, he also hopes to introduce cattle in the future and get the enterprises to follow each other round the farm.

Fertiliser use, especially nitrogen, has been cut back and no insecticides are applied.

He is committed to planting more trees and hedges and is experimenting with an understorey of clover, which he hopes will release nitrogen for the wheat crop and provide grazing for his sheep.

Having started with a blank canvas, he doesn’t know if yields took a hit when the system changed.

“It isn’t relevant because I don’t chase yields. I have a 10-year tenancy here and I want to leave something better when I go.”

He agrees that a different mindset matters when it comes to making a change.

“Don’t be frightened and embrace new challenges. I joined BASE to talk to others in the same position and learn from their experiences.”

This is the first article in a five-part series on how to introduce regenerative agriculture. Future articles will include building carbon-rich soils, designing a diverse rotation, reducing your reliance on the can/bag and introducing livestock to the system.