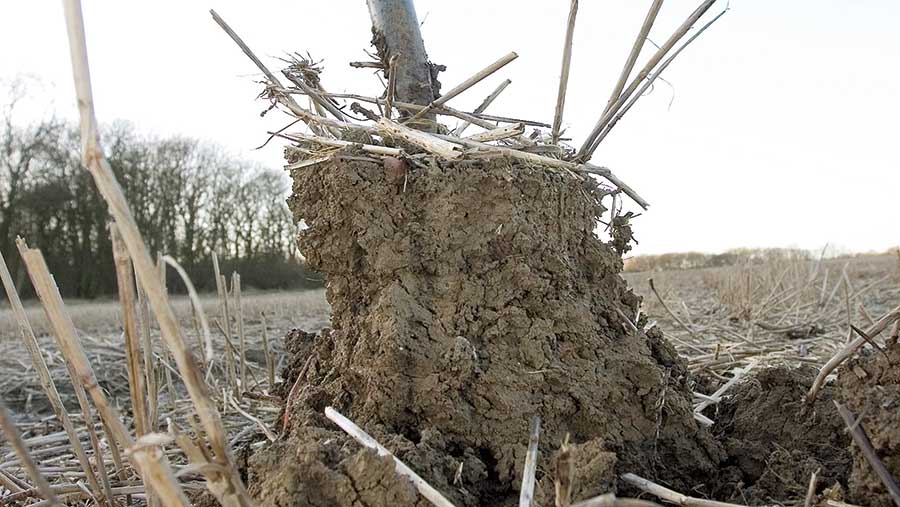 A healthy soil is described as a living system that helps to maintain and enhance the natural environment, which in turn makes for more productive crops.

That’s a shortened version of the UN Food and Agriculture Organisation’s definition, which also highlights the importance of local environmental conditions in determining what constitutes a healthy soil.

For farmers, determining soil health and then measuring it in a reliable and accurate manner is difficult.

Given the government’s aim to include it in future policy as a specific public good, there’s a great deal still to be decided on what makes a healthy soil.

Most experts agree there are three facets of soil health to consider; all are closely linked and need to be addressed in combination if an improvement is the aim:

From microscopic fungi and bacteria to earthworms and beetles, soil contains billions of organisms. Most are beneficial to crops and perform a variety of functions, from breaking down organic matter, nutrient cycling and aggregation, improving soil structure and drainage.

Many will also act as predators for pests, reducing the need for chemicals.

The physical structure of the soil refers to the arrangement of soil particles and aggregates around which roots grow, and air and water move. Soil compaction occurs when soil particles are compressed, reducing the spaces around them.

Compacted soils have lower infiltration and drainage rates, as well as reduced biological activity, plant root growth and yields. They are also less able to cope with weather extremes.

Excess soil nutrient levels are a concern if they can be lost to water.

To help get a handle on soils, practical methods of assessing soil structure and health were investigated and demonstrated at AHDB’s Strategic Farm East during 2018, so that growers can carry them out on their own farms.

A visual soil assessment (VSA) can be done by anyone in 20 minutes, explains soil scientist Dan Munro, formerly with Adas, and involves extracting a 20x20cm block of soil at field capacity.

As the name suggests, it’s a visual method of evaluating your soil and is presented on a scorecard, so you can get an overall mark for the state of your soil.

“Having dug out your soil, the next stage is to drop it onto a hardened surface three times, from 1m in height,” he explains. “This allows you to see how it breaks apart and is known as the drop shatter test.”

A scorecard, complete with reference pictures, gives you the chance to score and record factors such as aggregate size, porosity, soil colour and mottling – so that soils can be ranked as good, moderate or poor, depending on their overall score.

“It’s straightforward and doesn’t require you to have a full field history. If the score suggests there is room for improvement, you can come up with a plan.”

A score below 10 indicates poor soil structure, 10-25 is considered moderate and over 25 is good, reveals Dr Munro.

Another simple, practical method is the visual evaluation of soil structure (Vess). It assesses soil structure based on the appearance and feel of the soil and should be carried out when the soil is moist, but ahead of cultivations.

Again, a spade is required, along with a plastic sheet or tray, a small knife and a digital camera. “Select an area where you think there might be a problem and extract a spadeful of soil, placing it on the plastic sheet.”

It also operates on a scorecard system, ranging from 1 to 5, with 1 being friable and 5 being very compact. “Scores of between 1-3 are acceptable, but 4s and 5s require a change of management.”

Examination of the soil block starts with a look at any different layers and their depth, before the block is broken apart to assess layers and clumps. Once aggregates are down to 1.5-2cm, their shape, porosity and root content can be measured and compared with reference pictures, to give them a score.

“Factors that cause soils to have a higher score might be clustering and thickening of roots, pockets of grey soils or a sulphurous smell. Difficulty extracting the block at the outset is another warning sign.”

On the Strategic Farm, the scores were in line with the cultivations used and the conditions at the time. The worst VSA scores came from fields that had been drilled in wet conditions, following cultivations to depth.

Overall, 14% of field areas were in good condition, with 86% scored as moderate.

The best Vess scores were found in reduced tillage fields, although ploughed fields scored well where cultivations had been carried out in fairly dry conditions and good seed-beds were achieved.

Earthworms are considered to be a good indicator of soil health, as they are sensitive to pH, waterlogging, compaction, rotations, tillage and organic matter.

Their numbers and distribution across a field can reveal what’s going on under the surface. 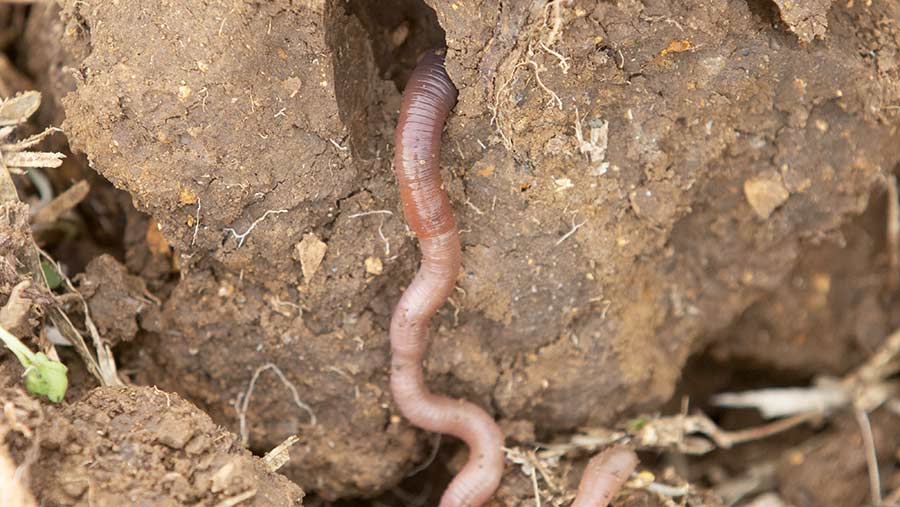 “Worms are a good sign of soil health as they tend to be present in lower numbers where soils have been overcultivated or underfed,” says Rothamsted soil researcher Jackie Stroud.

According to Dr Stroud, who developed the national #30minworms survey, there should be three types of earthworms present in arable soils, all of which have a slightly different role:

While most soils have topsoil worms, the absence of surface and deep-burrowing worms suggest that the soil has been overworked and soil functioning is compromised.

This year’s spring earthworm survey, which covered 1,300ha of arable land, found that 58% of fields had all three types of worms. Nine worms per soil pit was the average count, with field averages ranging from 1.3 to 28 worms/pit.

The survey has just been repeated, so there will be more insight into earthworm numbers across a larger area to come soon.