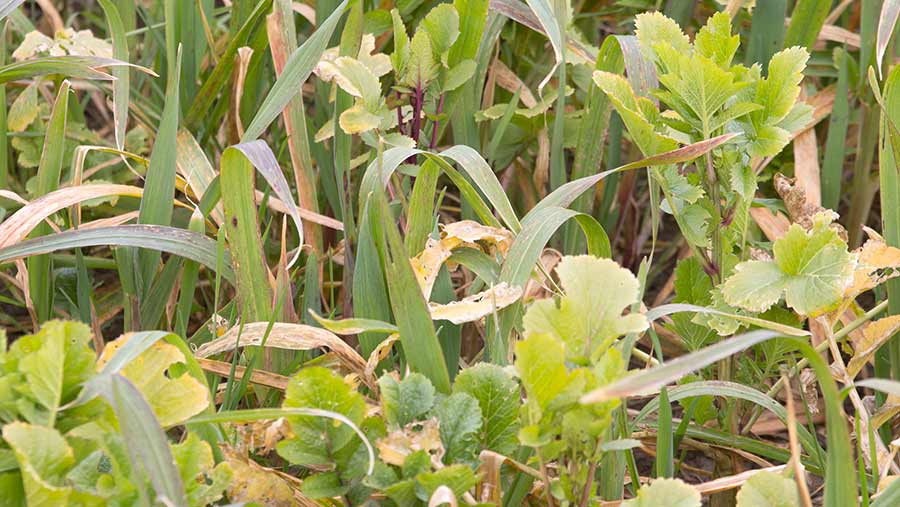 Interest in cover crops in the UK has been on a steep upward trajectory for several years, driven by their ability to right some of the environmental wrongs in cropping systems.

As research money is ploughed into the practice of cover cropping, evidence of these environmental benefits is being reinforced and other bonuses are beginning to emerge, too.

These include yield benefits for following cash crops, with recent findings suggesting a 0.5-0.75t/ha yield boost can be expected in spring and winter cereal crops following the use of cover crops.

See also: Why cover crops have a place on a mixed Hampshire farm

While the environmental and now financial benefits are clear, there is also evidence that cover crops can help with weed and pest control in some situations.

With all these goals and a plethora of seeds available to help achieve them, success starts in selecting the right species or species mix for the chosen role.

Farmers Weekly asks experts at Niab Tag for their latest advice on choosing the right species for the different roles that cover crops fulfil.

It is now set in stone that cover crops on arable land help to mop up residual nitrogen in the soil, reducing the risk of nitrate leaching into water over the winter by an average of 43%.

Any actively growing plant will deliver this benefit, but non-legume, fast-growing species such as brassicas or oats are best for this purpose.

The nitrogen trapped by the cover crop is then retained in the cropping system to benefit the following cash crops.

During high-risk periods for soil erosion from wind and/or water, actively growing plants play a vital role in holding soils together, preventing losses of soil, sediment, nutrients and pesticides to the natural environment.

Ground cover is crucial when using cover crops for this purpose – as a rule of thumb, once it reaches one third to one half ground cover, erosion risk is significantly reduced and this should be the target when establishing the cover crop.

Mixtures such as oats with brassicas that establish and grow quickly in the autumn serve this purpose best, but if there are other requirements, any mixture should suffice if adequate ground cover is achieved.

Plenty of work has been carried out, particularly at Harper Adams University, looking at the use of cover crops for the control of soil-borne pests such as nematodes through either trap cropping or soil biofumigation.

The main species available are typically brassicas with high isothiocyanate levels and species such as Indian mustard, grown over the summer months then macerated and incorporated into the soil. This is thought to be the optimum means of achieving a biofumigation effect.

As biofumigation acts as a soil sterilant, it may help to reduce weed burden, too.

Cover crops are not a major cultural tool for weed control, but they can be used to support an effective integrated weed control strategy in two ways.

First, they offer short-term suppression of weeds to give a clean seed-bed ahead of a crop, for example where chemical weed control options might be limited. Second, they can act as a long-term strategic tool alongside a change in rotation to reduce the overall burden of problem weeds such as blackgrass.

In the long-term approach, cover crops are used together with fallow periods and as a trap crop, allowing weeds to germinate. The cover crop and weeds are then destroyed together before seed is set.

This helps to both deplete the weed seedbank and give the following crop a clean start.

Including cover cropping as part of an all-year fallowing approach to control blackgrass can improve following crop yields through nutrient and soil structure benefits.

Using cover crops to give soils a nutritional boost is the basis of the term “green manure”, and Niab Tag trials have shown that they can provide a rotational yield and a margin over nitrogen dose.

A much-vaunted benefit of cover crops is the ability of species with a vigorous and active root system to open soils with their roots and hence improve soil structure – key to the “roots not iron” philosophy of no-till conservation agriculture, but not exclusive to it.

Kellogg’s Origins farmers worked with Niab Tag to assess the role of cover crops and showed that improvements in soil structure (by visual assessment) could be achieved following cover crops. 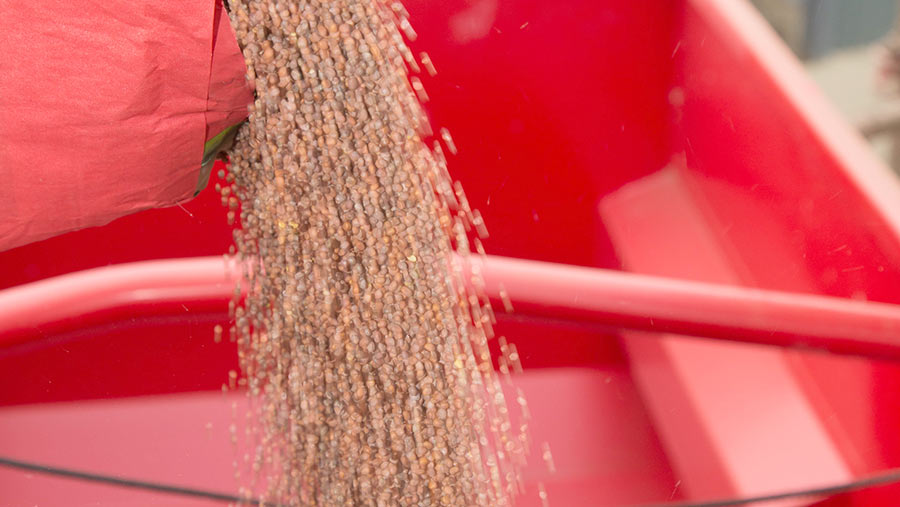 This had the benefit of reducing cultivation requirements and also gave a mean yield response of 0.5t/ha in following spring oat crops compared with an over-winter stubble.

The time of cover crop establishment and crop duration, as well as assessing soil structure, potential compaction and its depth, are crucial to determine the correct cover crop species for alleviating the problem.

If there is a strong impediment to rooting in the current crop, a combination of tillage followed by roots might be needed.

Very deep compaction (> 40cm) can be remedied only very slowly and there is currently little research data to confirm the effectiveness of interventions, whether with roots, iron or both.