With soil fertility and sustainability in the spotlight, two high-tech projects at the University of Plymouth could revolutionise the way farmers think about this precious resource.

Scientists at the Eden Project in Cornwall are developing a way of creating soil using recycled and waste materials, such as composted green waste, clay, grit and bark, which could help farmers improve their fields.

It takes about 400 years to create 1cm of soil, however, farmers may soon have the option of using custom-made soils with varying characteristics, designed to order for various crops and conditions. 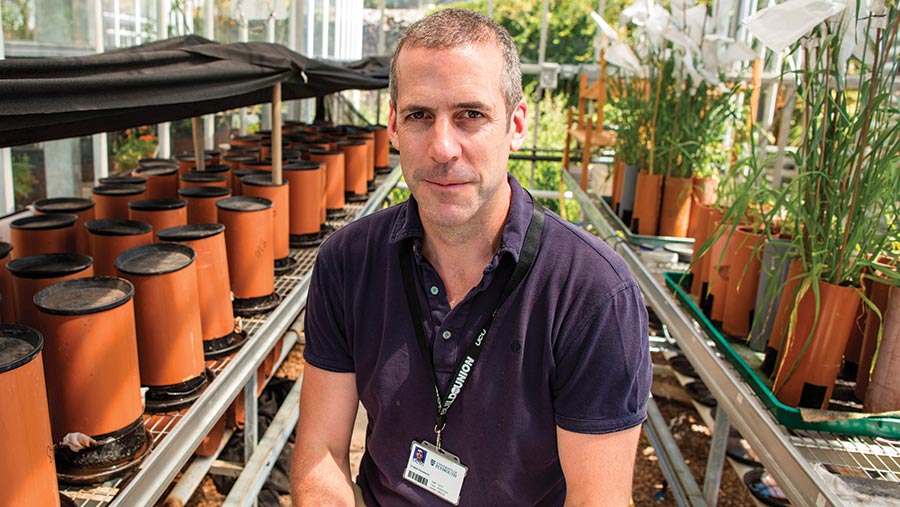 “In this country, a lot of soil has been degraded or eroded – and, with farmers keen to rectify that situation, there’s a renewed focus on how to preserve, protect and enhance soils.”

Dr Fitzsimons and his team are devising alternative designs of the “Fabsoil”, studying its properties and functioning, aiming to optimise the chemical and biological make-up to create mixtures that are stable, fertile and maintain a reservoir of slow-release nutrients so avoiding a high demand for fertilisers.

In addition to being a sustainable resource, he highlights that it would have a “clean sheet” as regards pests and pathogens and would, hopefully, require relatively little maintenance.

Researchers are working to make smart use of LED lights in multi-tier, hydroponic growing systems that could dispense with the need for soil at all.

The acreage of land available is ultimately a limiting factor in terms of food production, explains professor Mick Fuller of the University of Plymouth. 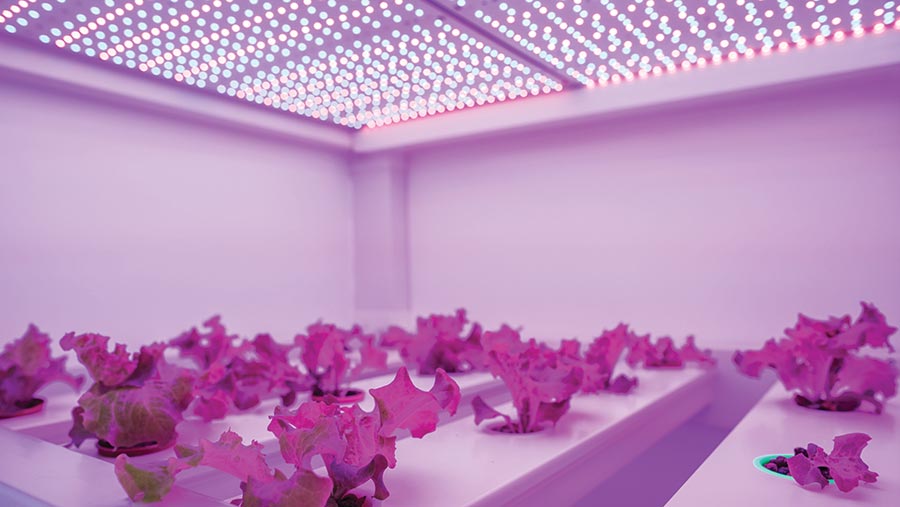 But one of the issues of proposed “vertical farming” methods in controlled growing environments has traditionally been the cost of providing artificial light and a lack of understanding of how best to use it.

He is experimenting with “light recipes”, allowing levels to be varied and controlled to perfectly match different crops’ requirements.

This could open the door to wider uptake by farmers and horticulturalists of multi-tier methods and growing crops in hydroponic mineral nutrient solutions, rather than soil.

It could, he says, make the nation more self-sufficient, reduce air miles and extend growing seasons. “Yields could be boosted, along with quality aspects such as taste, texture and appearance.”

In a country where the weather is unpredictable and daylight levels are often inadequate in winter, such “growth rooms” could bring stability and security, as well as being an environmentally friendly way of producing clean food.

Most farmers have got agricultural buildings that are underused or not used, so if they could roll one of these units into a barn without too much cost or difficulty, he believes it could be an alternative form of income.

“Farmers have successfully pursued some fantastically imaginative diversifications, but the market for some of them is now becoming saturated, so this could be an alternative opportunity.

Effectively, you’d have a field in a barn, and by the use of PV solar panels, most of the energy requirements of the system can be provided ‘off-grid’.”

‘Agriculture is at a turning point’

The agricultural industry is at a turning point in terms of how it uses and views soils, says Robin Jackson, director of the Agri-tech Cornwall Project (ACP).

Part-funded by the European Regional Development Fund, ACP is giving financial support to the Plymouth projects as they develop innovations for agriculture, which will support businesses in Cornwall and the Isles of Scilly.

“Soil is one of our most precious assets, so safeguarding and improving it is one of the most important steps farmers can take in terms of improving their businesses’ viability.”