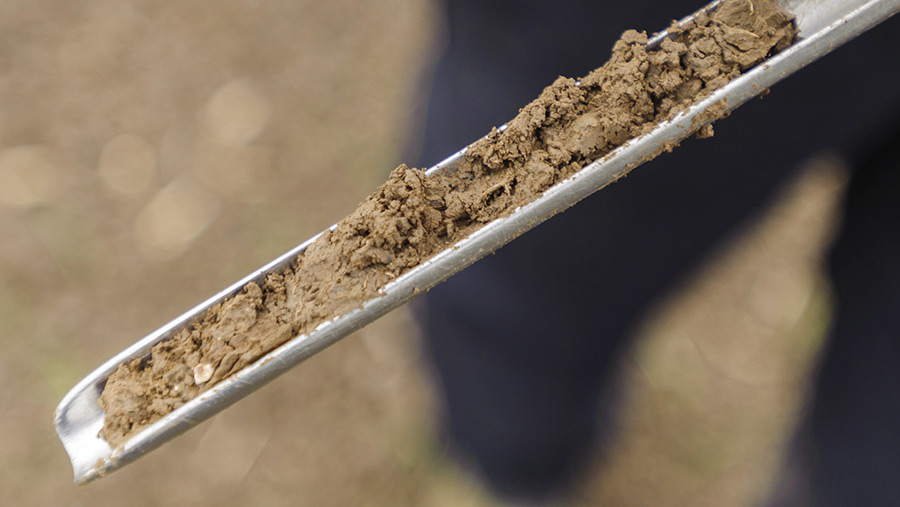 Establishing a trusted measurement method is going to be critical if carbon markets are to take off for arable farmers, enabling them to earn money in return for capturing and storing the greenhouse gas in soil.

Any company or individual paying for carbon credits will want to be assured that the agreed level of carbon has been stored permanently, and probably that sequestration wouldn’t have happened anyway without the credit being issued.

See also: Will soil carbon be the next big crop for growers?

Within that seemingly simple statement lies the crux of why carbon credit markets for arable farmers are currently somewhat controversial. Measurement is challenging, how do you guarantee permanence, and what counts as a new activity?

Models such as Australia’s Full Carbon Accounting Model (FullCAM) and the USA COMET-Farm tool use recent and historic farm management practices, such as cultivation methods, fertiliser use and cropping history, with the help of underlying research and soil, weather and remote sensing data, to calculate the likely change in soil carbon.

“They are a low-cost way for farmers to commit to changes in practice and be rewarded for it, with only a small amount of verification required that the farmer is carrying out agreed changes.”

That makes them easy to use and scale, and means farmers can enter into carbon projects quickly without having to provide much direct proof, Mr Duncan says.

In the US, companies such as Nori and CIBO are selling carbon credits based on models quantifying reduction in emissions from using practices such as cover cropping and no-till.

“The downside is if there is a flaw in the model, the entire market and credits under the model might be at risk, and we’re still in the early phases and lack many of the large-scale training datasets for these models.”

He adds that they also lack flexibility. If a new technology comes along, for example a seed inoculant that will help sequester carbon by encouraging fungi to grow in the soil, it won’t be accounted for in the model.

“If that increases carbon more than the model says, you won’t be rewarded for it because it won’t be factored into the process, and you won’t have done the baselining to begin with,” Mr Duncan says.

With the interest in soil carbon there will likely be a lot of innovation in technologies to increase soil carbon in the next five to 10 years.

That’s where physical measurement has advantages – creating a baseline, allowing flexibility for changes in practices and generating a high degree of trust in the credits.

In Australia, protocols state samples should be taken at a minimum depth of 30cm. Most farmers are recommended to sample two layers – 0 to 30cm and 30cm to 1m.

The challenge is the upfront cost of sampling. Emissions Reduction Fund carbon projects in Australia must be registered with the Clean Energy Regulator, which typically costs around A$10,000 (£5,430). On top there are planning costs for where and when to take samples and labour costs of sampling, as well as laboratory analysis.

“Depending on the number of cores needed to be taken, which will depend on soil variability, those costs can be up to A$20,000 (£10,860), with about half of that the labour costs, for a 200ha project,” says Mr Duncan.

After baseline sampling at the start of the project, sampling then needs to be repeated anywhere between two and five years later to check for differences.

The slow change in soil carbon is another challenge for measurement, notes David Powlson, a soil scientist at Rothamsted Research. “If you change your management practice, you won’t measure a change to soil carbon in a year – it might need five years or longer.

“Scientifically measuring change over 10 years would be sensible, but for policy and payments that might not be possible, so I don’t think it will be realistic to use traditional analysis of soil carbon.”

Other tests, such as soil microbial biomass, which is the quantity of carbon held in cells of living organisms in the soil, respond quicker to changes in management practices so could be used as indicators of change, he suggests.

Ultimately, both suggest a hybrid system of modelling backed up by measurement might provide the best compromise between economics and carbon credit veracity.

“The feeding of a model using actual measurements could reduce future sampling requirements, while allowing farmers to generate credits in the short term without the limitations of a model,” Mr Duncan suggests.

That approach seems to be closer to what some other players in the market are developing. Ecosystems Services Market Consortium (ESMC), which includes Cargill and Nestle among its members, is developing a soil carbon marketplace where soil samples will be taken at the outset and again every five years to calibrate its models.

Unlike Nori and CIBO, credits in this scheme, and others offered by Indigro and Truterra, are likely to be verified by a third party with a known methodology for soil carbon verification, such as Gold Standard, Verra or Climate Action Reserve.

If agreeing how to measure carbon is proving challenging, additionality is perhaps a whole new level of controversy. That’s the principle that buyers only pay for activities that would not happen without funding.

But what counts as new? Some schemes require farmers show the practice is new to their farm, others that it is new based on regional averages, so a farmer can earn credits even if they have been using a practice for many years, if it is not widely used in their region.

And other verifiers have developed even more complex criteria based on both previous use on farm and in the locality.

Potentially depending on how additionality is interpreted, it makes it difficult for early adopters of cover cropping and other qualifying practices to qualify for carbon credit schemes, unless changes can be grandfathered in.

While that might be correct on the basis that these changes were made for reasons other than carbon markets, it may well leave a slightly sour taste for some early adopters, as well as potentially disincentivising those growers from sharing best practices to help encourage others adopt.

Permanence of sequestration is another potential issue. What stops a grower from ploughing up land where a credit has been received and releasing the stored carbon?

In most cases current contracts are for 10 years, and include clauses around what can and can’t be done in future, so reading the small print will be important, but the uncertainty around all these issues shows just how far the market still has to develop.

“It is the Wild West currently,” Mr Duncan admits. “There is more demand than supply. If you are a farmer generating soil carbon credits, you will be just as likely to sell them at the same price if you have used a model or measurement.

He concludes that as the industry matures and there is more competition for the availability of carbon credits, it will provide buyers more choice and likely to pay more for credits generated using a method they trust.

Part 1: Why carbon farming could be the next key crop

Coming up in the series