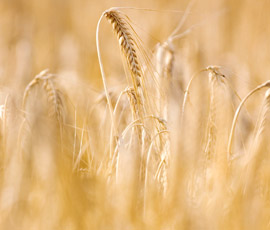 Crops are looking surprisingly good at Welbourn Farms, Lincoln, but harvest is still another 10 days away yet.

“We haven’t got any winter barley, so spring barley will be the first thing we cut,” said John Lucas. “We only just sprayed off the rapeseed, so that will be another two weeks.”

Harvest was about two weeks later than normal, but crops looked better than they had done in the spring, he added.

“There’s a bit of winter barley been cut in the area and people say it’s yielding alright. It’s a bit early to tell, really.”

Further south near Fosdyke, John Ulyatt was planning to start combining winter barley at Main Road Farm over the weekend.

“We’re normally into wheat by now – and the oilseed rape is 10 days away,” he said.

“The crops look remarkably good, considering how badly they went in – but they’ll still be below average.”