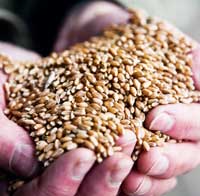 Grain markets are quiet, following a neutral US Department of Agriculture report on Tuesday (9 February).

After weeks of drifting prices, traders had hoped for inspiration from the USDA’s latest world supply and demand estimates. However, the report contained very little change from last month’s forecast, with a slight increase in world wheat, coarse grain and oilseed production but virtually unchanged month-end stocks.

Oilseed rape prices blipped last week on the back of tighter EU demand, caused by transport problems inland following the cold spell in January. However, with the record South American soya crop growing with each new estimate, and suggestions that Chinese crushing plants may be ceasing production due to negative crush margins, markets remain under pressure. British ex-farm prices are, therefore, relatively unchanged at about £233/t.