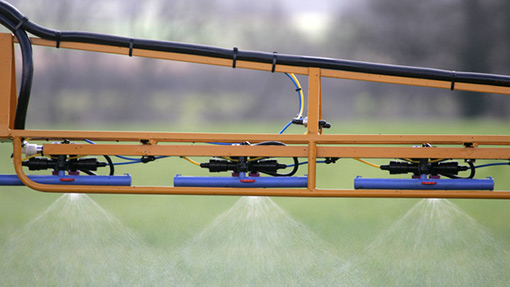 The loss of crop protection materials from the grower’s toolbox is threatening the availability of iconic British foods, according to new research.

The report, published by farm business consultant Andersons, concluded that the production of apples, fresh carrots, frozen peas in the UK could be hit to the tune of £1.6bn a year.

A loss or restricted use of active ingredients in plant protection products (PPPs), which safeguard healthy growth, is blamed for the threat to some of the UK’s most iconic foods.

The NFU warned that access to a range of crop protection materials was becoming “worryingly depleted”.

For example, last year the EU banned the use of neonicotinoids on flowering crops such as oilseed rape, which has caused many thousands of acres of emerging crops to be wiped out by flea beetle this autumn.

The report, commissioned by the NFU, Agricultural Industries Federation (AIC) and Crop Protection Association (CPA), looked at the economic impact of pesticides on UK agriculture and the wider economy.

The Andersons’ report assessed that 40 active substances were deemed likely to be lost or restricted in their use. This included 10 insecticides, 12 fungicides, 16 herbicides and two molluscicides.

The report, published on Tuesday (21 October), found that UK’s farming profit would drop by 36% from current levels, resulting in structural readjustment in the farming industry, if these pesticides were lost.

The implications for the control of weeds, disease and pests in key UK crops would also have an impact on the gross value added (GVA) of UK agriculture, including horticulture, which would fall by £1.6bn/year.

Andersons’ assessment of job losses in agricultural wholesale, the supply chain and the wider food and drink industry revealed up to 44,000 jobs could be lost if these active ingredients were no longer available.

NFU vice-president Guy Smith said: “It is absolutely essential that farmers have regulation that is risk-based and that it follows sound science to ensure the farming sector keeps growing and contributing to the £97bn UK food and drink industry.

“For this to happen we need government at both UK and EU level to put British food production at the heart of policymaking across all government departments.”

Nick von Westenholz, CPA chief executive officer, said he hoped the report would make EU policymakers realise how imperative it was to make a proper assessment of risk and impact when they take decisions affecting food production.

“If not, farmers can no longer expect to benefit from increasingly targeted and effective crop protection products as industry diverts investment away from Europe,” he added.

But green lobby group Friends of the Earth (FoE) branded the report “dangerously misleading” as it lacked any credible, independent or peer-reviewed science”.

FoE nature campaigner Paul De Zylva said: “On average UK fields are treated with over 20 different chemicals each year. It is not that there are too few chemicals available to use but that there are probably too many.”

Peter Melchett, policy director at the Soil Association, said the report represented the views of the agrichemical industry and “completely disregarded crucial factors like human health, UK wildlife and the important role of pollinators”.

“Any new policy from the EU should be science-led, and the assessment of risk not be dominated as it has been in the past by the commercial interests of chemical companies,” he added.

Georgina Downs, of the UK Pesticides Campaign, said the existing UK policy on pesticides was a “guinea-pig style experiment” on residents.


She added: “Pesticides have been approved for years without having first assessed the exposure and risks specifically for residents living in locality of sprayed fields.


“This includes the astonishing fact that there is currently no assessment at all for babies and children that live in the locality of sprayed fields, nor pregnant women or people already ill, among others.


“It is now beyond dispute that pesticides can cause a wide range of both acute and chronic adverse effects on human health.”