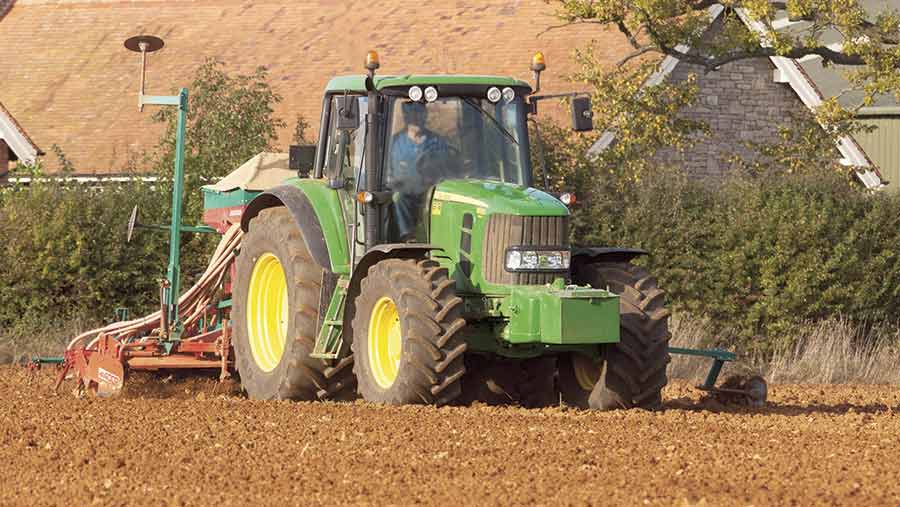 A lower barley yellow dwarf virus (BYDV) risk this season could cut cereal establishment costs by eliminating the need for a seed dressing.

This could be the silver lining for growers in a season beset by wet weather, as the miserable conditions are suppressing the numbers of aphids which spread the damaging virus.

Pest control specialist Alan Dewar says that most growers who are drilling cereals after the beginning of October will get away without a neonicotinoid seed dressing.

That’s because a later drilling date is the safest way to avoid exposing young crops to attack from the aphids which spread the yield-sapping disease, but he warns that growers in some areas could still be at risk.

The highest-risk area is the South West, where there is more grass and frosts are generally less severe than in other parts of the country.

This means there will be higher initial aphid populations and a seed dressing may be required to add another layer of protection to plants during their vulnerable establishment phase.

Dr Dewar says current incidence rates of aphids in East Anglia, where he is based, show average bird cherry aphid numbers, while grain aphid numbers are lower than average. 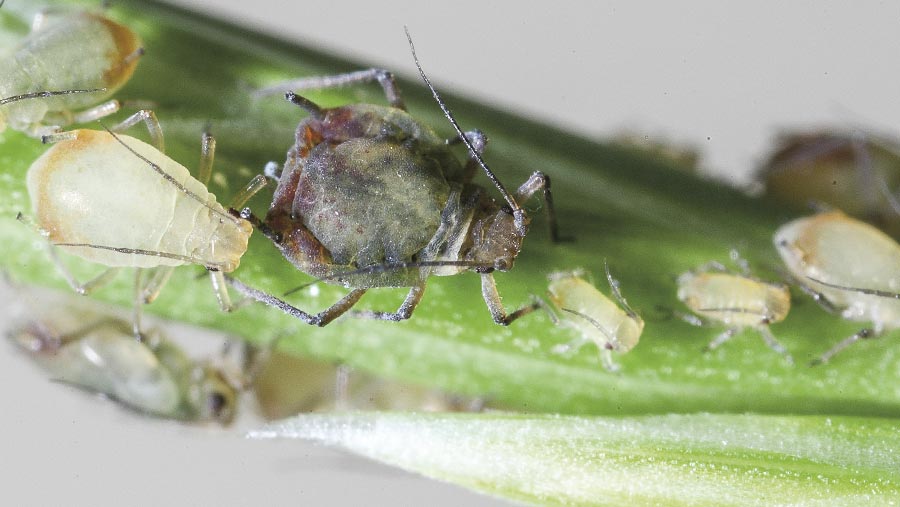 This is backed up by data from across the UK, collected by Rothamsted Research, showing numbers of both species in line with, or lower than, the data from both 2016 and the 10-year average.

And while there could yet be an outbreak of mild weather later this year, Dr Dewar says that growers who are planning on drilling after mid-October can base their decision on the weather that they have already had.

If it has been cool and wet, populations are likely to have been suppressed already, while warm and dry weather will have sustained them.

Christine Lilly, technical manager with national agronomy firm Frontier, says that there is a rough north-south split for risk, with growers from Yorkshire northwards probably not requiring a seed dressing from the middle of October.

However, she also advises that growers south of Yorkshire will need to continue to assess how conditions develop and whether they are in a high- or low-risk area for aphid populations.

Damage was limited in the 2016/17 season as well. Hard frosts at the end of November were sufficient to wipe out the majority of the population.

In a bad outbreak year, the virus can reduce wheat yields by 25% in crops that are fully infected, and completely wipe out a crop of barley.

Dr Dewar says that the mercury will have to fall to -7C over successive nights for growers to be confident that bugs have been wiped out for the rest of the season, which frequently doesn’t occur until the new year, after aphids have had sufficient time to infect crops.

As a result, growers in a mild season will often look to top up protection by applying an insecticide if ground and weather conditions permit.

However, options for protecting plants in the absence of a seed dressing – or when the seed protection has run out – are limited, with the only other licensed products on the market being pyrethroid-based sprays.

And although many growers are still using these, their efficacy is frequently low as the grain aphid is known to have widespread resistance to the chemical. 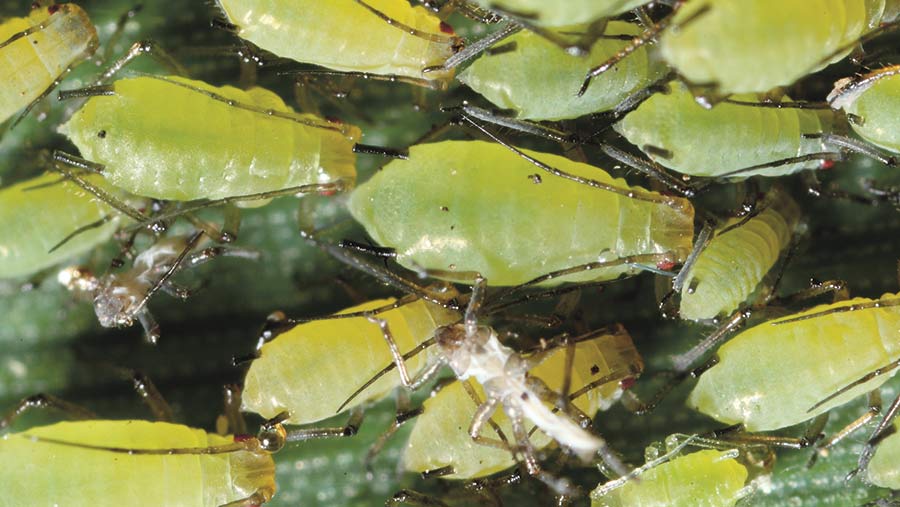 As growers are unable to know whether populations in their area are resistant, Ms Lilly says that using the chemistry is often still justified, as it can offer some level of control, depending on which aphid is spreading the disease.

She reminds growers to use the full application rates as dictated by the product label in order to maximise effectiveness.

Dr Dewar says as there is no known resistance to pyrethroids from the bird cherry aphid – and with their numbers looking higher than the grain aphid this season, growers may see a better response to pyrethroids than in previous years, should they be called upon.

Further options for control of the pest are expected to come to the market in 2018 with a product from chemicals giant Dow. The company is seeking UK approval for a product already on the market in Ireland.

Based on a new mode of chemistry, sulfoxaflor – named “isoclast” by the company – is already licensed for use in Ireland, and is expected to gain UK approval early next year, according to Dow insecticide product manager John Sellars.

To drill or not to drill?

If wet weather persists this month, growers will be facing the bigger decision of whether or not to drill at all on heavier land.

Getting a good seed-bed is absolutely critical for a later-drilled crop to be successful, says Frontier’s Christine Lilly. She advises growers to consider moving fields into spring cropping, if conditions don’t permit good seed cover.

She warns growers not to let the drill get ahead of the sprayer, as getting pre-emergence herbicides applied correctly is a critical part of weed control, particularly in blackgrass areas.

She advises that seed rates should be going up to 400 seeds per sq m at this stage to compensate for colder, damper soils causing more plants to fail.

By the end of October, they should consider further upping rates to 425 seeds per sq m, although she acknowledges that this will be a significant additional cost.