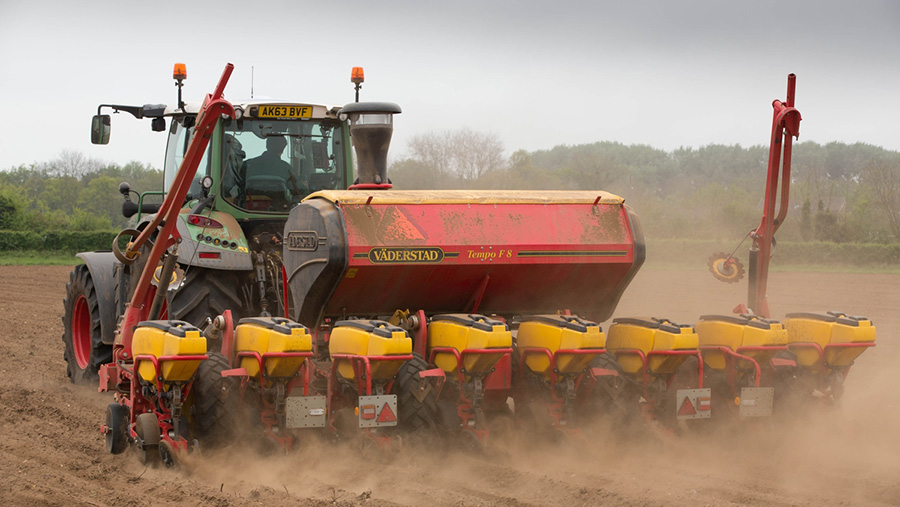 Maize growers are being urged to remove weeds early with a pre-emergence residual herbicide to avoid yield losses ahead of drilling, which is expected to start later this month.

“A pre-emergence herbicide buys you time if a post-emergence treatment is delayed,” he tells Farmers Weekly.

See also: Advice on selecting maize varieties for biogas in 2016

With maize drilling likely to start about mid-April, Mr Draper says he always recommends a pre-emergence treatment if soil conditions allow, as it is better if weeds are controlled with the maize crop before the two-leaf stage.

If treatment is left beyond the crop’s four-leaf stage, there could be a serious impact on final yield, he says.

Iain Hamilton, technical manager at agrochemical group Syngenta, also advocates pre-emergence treatments especially in weedy situations when a huge flush of weeds would be too much for a single post-emergence spray.

Popular options for pre-emergence treatments include pendimethalin, or in a mixture with S-metolachlor (Dual Gold) or with dimethenamid-P (Wing-P).