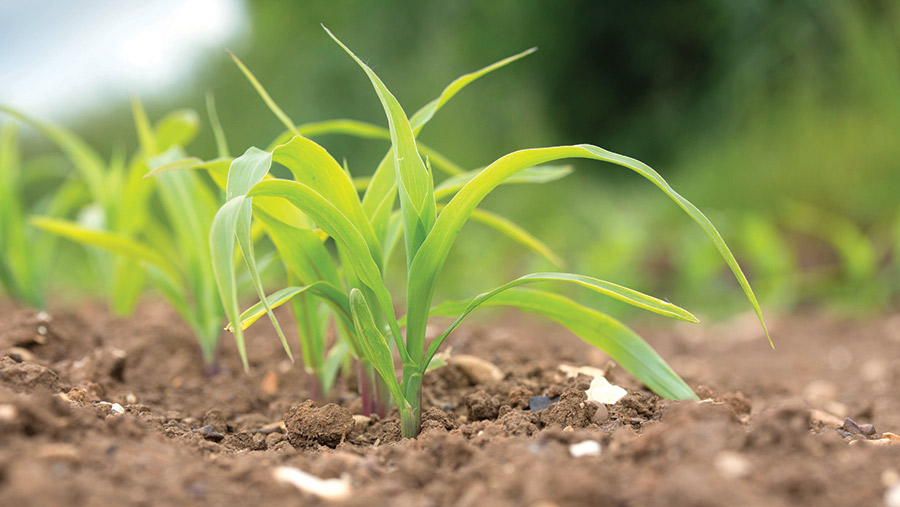 The development is part of the mixed farm’s programme to sell green gas and electricity to the National Grid, while widening its cropping rotation to feed the plant and slashing nitrogen fertiliser use on its winter wheat.

The closed-loop system will increase farm efficiency on the 1,500ha Gay Dawn Farm, five miles south-east of Dartford, by enhancing soils and crop nutrition through applications of digestate on to arable land.

The farm is already home to a large milking herd and beef fattening unit, but the new AD plant will help reduce greenhouse gas emissions and create a more sustainable future.

“The AD plant investment will help us to become Brexit-proof and recession-proof as it makes us less reliant on world wheat prices,” Mr Billings says.

“It will also enable us to create a more profitable rotation which benefits our soils so our crops become more resilient.”

Farm manager Justin Frankland explains how targeted applications of digestate on to arable land will boost input efficiency and soil health, through the spread of a more uniform product which will reduce artificial fertiliser costs.

“We aim to replace the first two applications of fertiliser on wheat crops across 200-300ha, where we currently apply 160kg/ha in two 50:50 splits,” Mr Frankland says.

He points out that digestate is easier and simpler to spread compared with slurry, because of the more relaxed application regulations.

The farm’s wide rotation also helps the estate to target weeds, with maize playing an important role in reducing blackgrass on farm, which has resulted in just one small 30ha field suffering from the weed.

“We will put this field to maize, and if blackgrass is still problematic afterwards we will do a second year of maize to remove the weed,” he says.

Maize makes up the majority of the AD plant’s crop inputs, with a more than doubling of forage maize area, from 100ha when maize was grown purely for the farm’s livestock, to 220ha in 2019.

Maize yields have now reached a total of 9,000t to go towards the 14,000t forage requirement.

A 50ha area of winter rye has been successfully planted, which will go for whole crop silage to fuel the plant. The crop will open up a new workload balance, thanks to its early June harvest date, also creating additional area to spread digestate on.

The farm’s agronomist, Mark Burgess, who works for Procam and Rutherfords, explains how the use of rye will also reduce volunteer risk and create opportunities for a summer cash crops after harvest.

“The farm is keen to look at new options and weigh up the pros and cons,” Mr Burgess says. “We’re looking to maximise output through minimum costs, while focusing on soil type and what the farm needs.”

The AD plant also provides an end use for the farm’s slurry, farmyard manure and silage pit effluent, conforming with regulations which state that 50% of gas produced must come from farm waste. Chicken manure from a local farm and whey are also added.

“The system is great as it enables us to reduce our farm waste and works in a closed-loop cycle,” says Mr Frankland

However, the farm must still buy in 125ha of maize from an external source as it falls short of its forage requirement.

“We considered just doing a wheat and maize rotation to resolve this issue, but the farm has always been a mixed farm, so we are happy to buy in from others in order to preserve our wide rotation,” says Mr Frankland.

The current rotation involves a wheat crop followed by either maize, beans, rape or a two-year grass ley, with wheat yields averaging 10.5t/ha.

Three years ago second wheats and spring barley were removed from the rotation, which saw wheat yields rise by 10%. The team now hope that wheat crops yielding below the average will improve as a result of digestate applications. 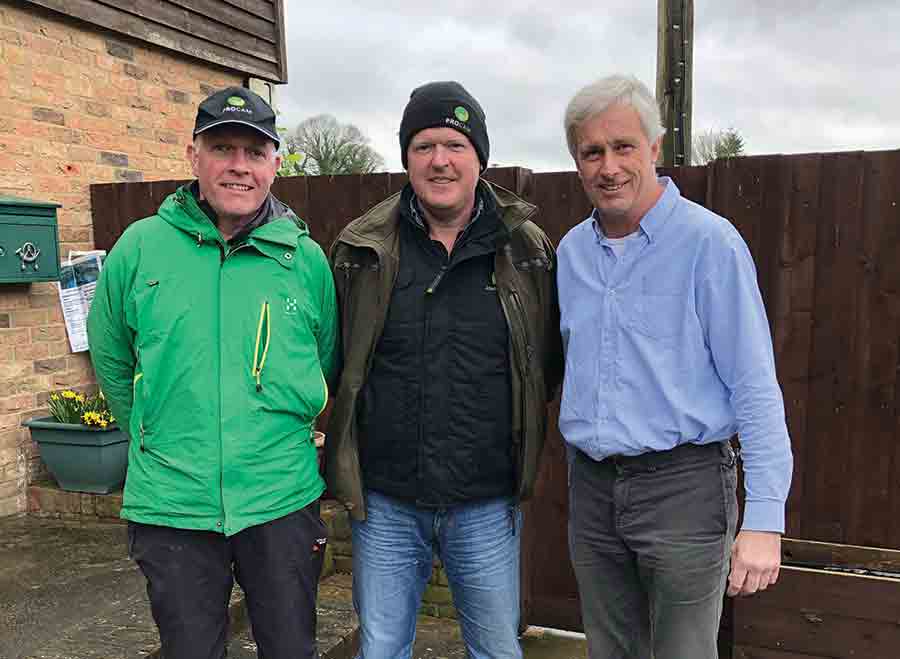 One downside of the new plant is the extra workload throughout the year which is created, due to the 24 hour/day running of the plant and its demand for additional crops. Consequently, extra staff have been employed on farm and labour costs have risen.

Despite this, the wider rotation has provided a more even spread of workload throughout the year.

“The arable enterprise has always had concentrated periods of intense work, but the expanded rotation has spread workload and stretched out the drilling and harvest windows,” Mr Frankland says.

The farm has grown maize since 1985, with harvest usually starting during the second week of September and continuing into October.

Early maturing maize varieties such as Aritus are grown, enabling the farm team to get the crops off the ground early, reducing the risk of soil compaction and erosion.

Soil erosion has never been an issue at Gay Dawn Farm thanks to its chalk soils and choice of early maturing varieties. However, such varieties come at a yield cost.

Therefore, the use of cover crops on wheat stubbles before maize crops, and a summer catch crop after the whole crop rye are being investigated as a possible strategy to promote soil health.

Mr Burgess says this will benefit the land as well as providing new opportunities for livestock use within the rotation and the introduction of sheep on to the farm.

“The investment has changed the entire dynamics of our farm and opened up so many opportunities that we didn’t even consider at the start,” says Oncoland farm business owner Ronald Billings.

Not all the gas and electricity produced will be sent to the National Grid – some will be used on farm to power grain dryers and hops processors next summer. All electricity used to run the AD plant is generated by the plant itself.

The farm receives less than 7% of what the end user pays for the gas, but a green payment on top of this means a 6-8 year repayment schedule on the AD plant investment.

Members of the Farmers Weekly arable team are not able to get out and about right now, so please help us keep up to date with what’s happening in your fields. Whether you want to share a story, send us some pictures or tweet us, here’s how to do it: