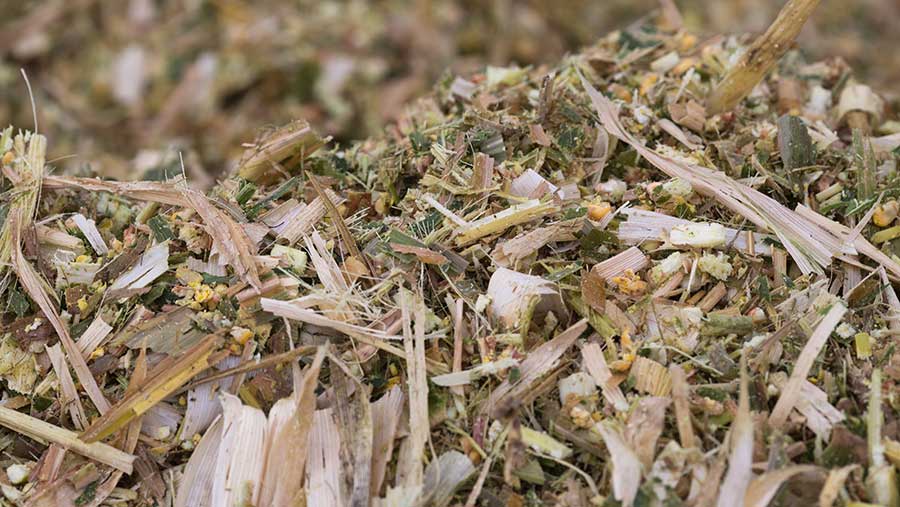 As with any harvest, maize harvest timing is key to producing good-quality silage. However, analysis of 2017 samples suggests some growers left it too late this year.

According to Wynnstay analysis, many silage samples are showing 38-40% dry matter (DM), which is higher than the 28-35% DM range recommended by the AHDB.

Dr Simon Pope, Wynnstay crop protection manager, says many of the early-maturing varieties had reached target DM by the first week of October, but were not harvested until much later, party due to weather and ground conditions.

The DM of maize alters very little during the ensiling process, so the DM percentage shown on silage analysis is usually the same as at harvest.

“Given that maize dries down at a rate of 2-3% a week leading up to harvest, analyses indicate some crops should have been chopped at least two to three weeks sooner,” says Dr Pope.

“With a lot of time, effort and money invested in growing the crop, growers want to ensure optimum feed value is realised and ensuring maize is harvested and clamped when it reaches target DM is fundamental to achieving this.

“While 2017 has not been a typical year, it highlights the importance of keeping your eye on the ball when crops are nearing maturity. When there is a window of opportunity, it’s important to harvest the crop, and if anything, it’s better to harvest a little bit early than a little bit late,” he added.

Earlier this year, Farmers Weekly spoke to Grainseed technical director Neil Groom and University of Nottingham professor Mike Wilkinson about the key areas where maize losses occur from harvest to ensiling and feeding. Read their tips for farmers on how to reduce losses.