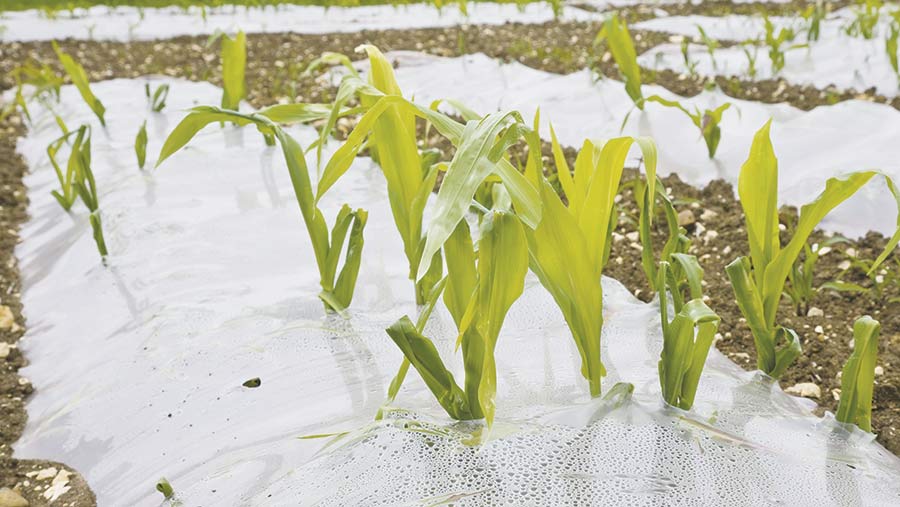 Maize growers are countering controversial claims that the crop is damaging to the environment by promoting good agricultural practice.

A “maize charter” that is being trialled in southern England aims to encourage farmers to ensure they adopt good husbandry techniques when growing the crop.

The aim is to respond to concerns that maize can exacerbate nutrient run-off, causes soil erosion and is bad for wildlife.

With maize drilling just around the corner, a pilot version of the charter is being tested by 10 growers in Dorset this spring. If it is successful, the charter will then be rolled out more widely across the country at a later date.

Plans for the charter were discussed last week at an annual conference organised by the Maize Growers Association.

Held at the East of England Showground, near Peterborough, the one-day event attracted growers from across the country.

“Maize is a great crop,” says John Morgan, an agricultural consultant with Devon-based Creedy Associates, which provides technical support to the association. “It has a lot of inherent benefits – it isn’t the second-biggest crop in the world for nothing.”

That might be so. But maize has come under increased scrutiny in recent years – including from prominent environmental campaigners such as George Monbiot, who argue that large areas of the crop have caused widespread damage, including flooding. 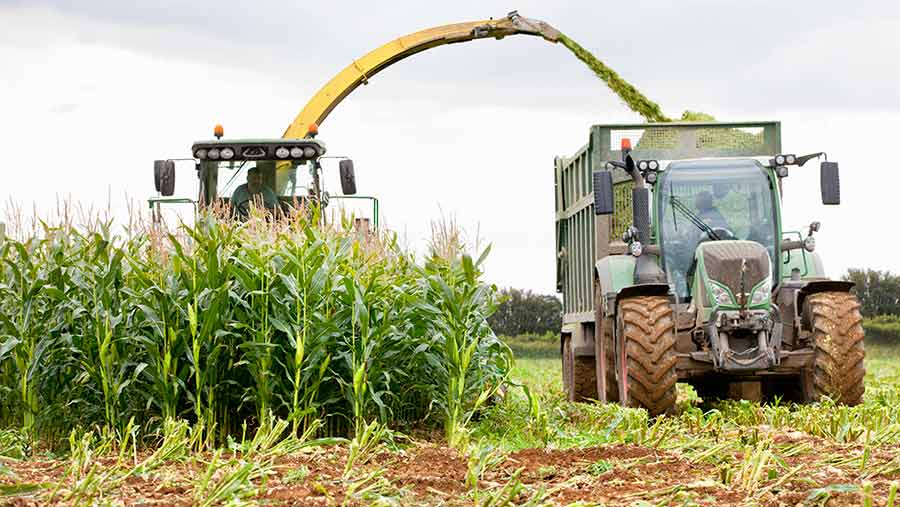 “Farmers have been ploughing land that was previously untilled and switching from spring to winter sowing, leaving the soil bare during the rainy season,” he wrote in 2014. “Worst of all is the shift towards growing maize.”

Like other campaigners, Mr Monbiot believes enough is enough. The crop that does most damage to soils is the one that is completely unregulated, he says.

Mr Morgan accepts there have been problems. However, he insists maize is largely the victim of bad press. Grown correctly, maize has many benefits, says Mr Morgan.

The aim of the charter is to ensure the crop is properly managed and any problems minimised.

“We have nothing to fear apart from our own lack of real action in the maize field – and positive action in letting people know that we take our environmental responsibilities seriously,” argues Mr Morgan, who has helped the association draw up the charter.

As a crop, maize is particularly good at using nutrients, he adds. It has a steady uptake of nitrogen throughout the season and requires fewer agrochemicals than many other crops. 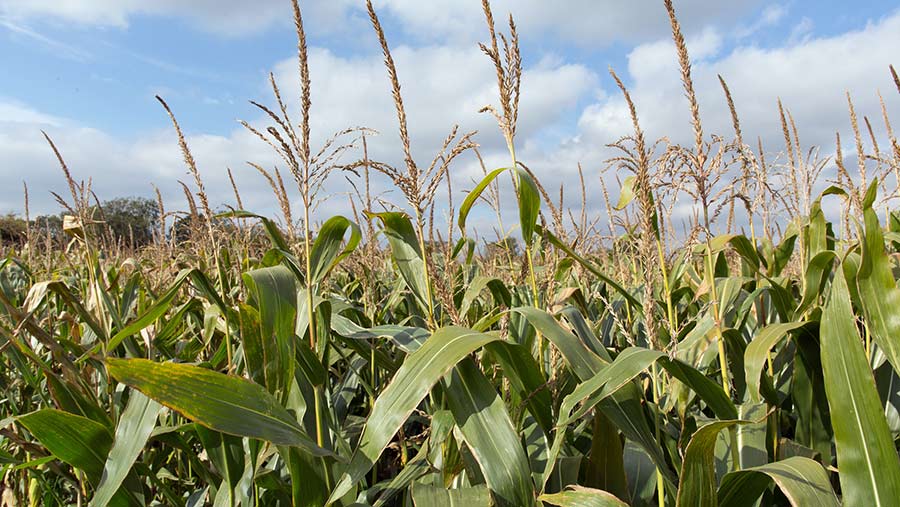 Mr Morgan acknowledges what he describes as the “old chestnut” arguments that maize causes soil compaction when it is harvested late in the season from fields that are unsuitable for the crop.

But responsible growers should be proud to show that they grow maize appropriately.

“Those old chestnuts are being joined by some relatively new pretenders,” he says. These include tales of nutrient leaching and the overapplication of phosphate. “It has all led to negative PR and we are trying to do our bit to address that.”

Farmers who sign up to the charter will receive free advice – including an assessment of site suitability for the crop.

If the site is appropriate, they will then receive independent advice on the most suitable maize variety to grow – or which alternative crop if the site is inappropriate.

Growers will also be expected to commit to sustainable crop production.

This will include some form of overwinter management for maize fields after harvest – as well as an undertaking to drill maize based on soil conditions, temperature and weather forecast.

Farmers need to accept that some sites are unsuitable for maize, says Mr Morgan. “Some sites are not suitable for any crop that is harvested between September and November. We need to be big and brave enough to admit that.”

The right variety can also help to shorten the growing season. “Yes, there is a cost to that – but that cost can be justified,”says Mr Morgan.

“An earlier harvest can minimise the compaction that can occur when crops are harvested from wet fields using heavy machinery later in the season.”

Nutrient planning is important too. “There are so many opportunities for us as growers to improve our understanding of nutrients,” says Mr Morgan. “If we understand what we do – and how to use nutrients more efficiently – far fewer will be lost out of our fields.”

Overall, growers should remember maize has inherent benefits – both agronomically and economically – in the rotation and as a feedstock, says Mr Morgan. “The aim of the charter is to show we are committed to growing it sustainably.” 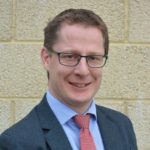 Maize growers in south-west England are working with Wessex Water to highlight how cover crops can help to reduce water pollution and improve soil health.

Wessex Water catchment adviser Tim Stephens says the aim is to protect and improve drinking water quality by working with growers whose farms surround boreholes and reservoirs that supply water for human consumption.

A cover crop can help prevent nutrient leaching as well as soil erosion after maize has been harvested in the autumn, says Mr Stephens, who is undertaking a Nuffield scholarship to see how similar methods work in other countries around the world.

The best species for post-harvest establishment are grasses and cereals, he says. “If you aren’t going to be able to get good green cover, then cultivate to at least ensure water filtration – but beware of over-cultivation.”

Mr Stephens says: “I believe farmers and water companies can both gain from working together to improve water quality – as well as achieving wider benefits for the public and for our natural environment.” 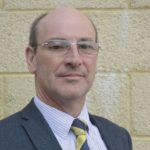 Devon farmer Graeme Cock says maize can be grown responsibly – and argues that the industry must be proactive to address any problems “before they trip us up”.

Mr Cock, who grows maize at Ashburton, on the edge of Dartmoor, says: “I can’t think of any farmers who would be happy to fill up a river with soil run-off, but the challenge is to understand how we can best avoid some of these conflict areas.”

Maize has good environmental credentials, says Mr Cock, who is also chairman of Mole Valley Farmers. “It has an enormous ability to harvest sunshine with minimal moisture content – the science behind growing it is fantastic.”

The biggest challenges are post-harvest issues, believes Mr Cock. “This is where the problems are – but many of them can be resolved by growing maize under film. It gives you a consistent yield, earlier harvest and a better-quality crop – and minimises environmental pressure too.

“It should reduce run-off because, if you harvest the crop earlier, you can deal with the stubble more easily. You are harvesting in better conditions – and you have the time afterwards to either cultivate or put in a cover crop.”