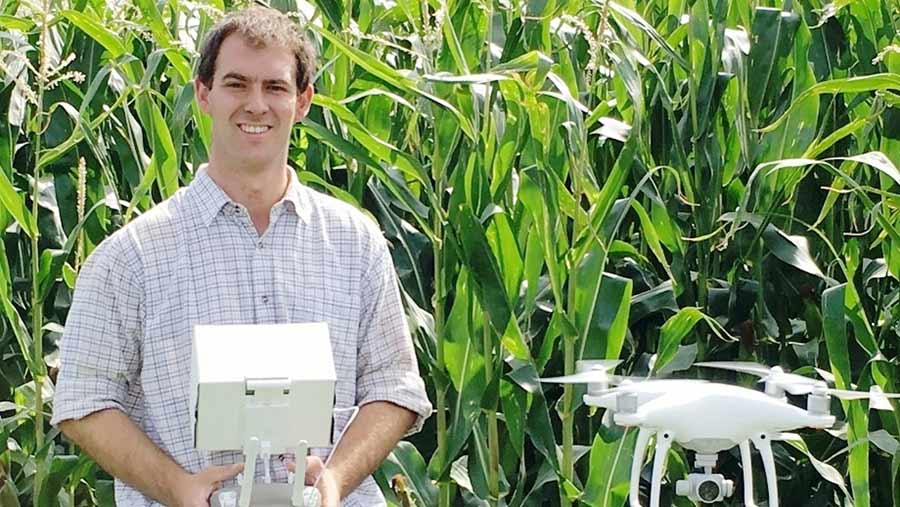 Remote maize agronomy and crop analysis via drones could have a useful role in the future, a pioneering on-farm trial has concluded.

However, they had some fundamental shortcomings and were of limited use in weed control and in assessing crop health during the tasselling stage.

During trials the drone could not be used for a month (at the tasselling stage) because it works by assessing plant health through analysing shades of green leaf area, which became temporarily hindered when tassles covered the canopy in beige and yellow.

Mr Green said drones were “reactive” to situations already happening, rather than “proactive” like an agronomist, but they could help growers make more informed decisions about crop management.

He said the drone’s speed and height meant all parts of the field could be assessed quickly and more observations could be made when the plant was in its taller stages.

Drones were ideal for mature maize at two metres tall, “as there are some things like assessing canopies that a human eye can’t see”, Mr Green explained.

“However, I wouldn’t recommend drones for weed control. By the time the drone can see weeds at 80m they need to be as big as a 50 pence piece, by which point it’s often getting too late.”

“I will carry on using the drone in maize fields,” he said. “It will never replace walking the field but we can use it to pick up differences that the human eye cannot see and its a good checking tool.”

He said the drone he used could be picked up second-hand for about £400, with new versions costing around £1,000.