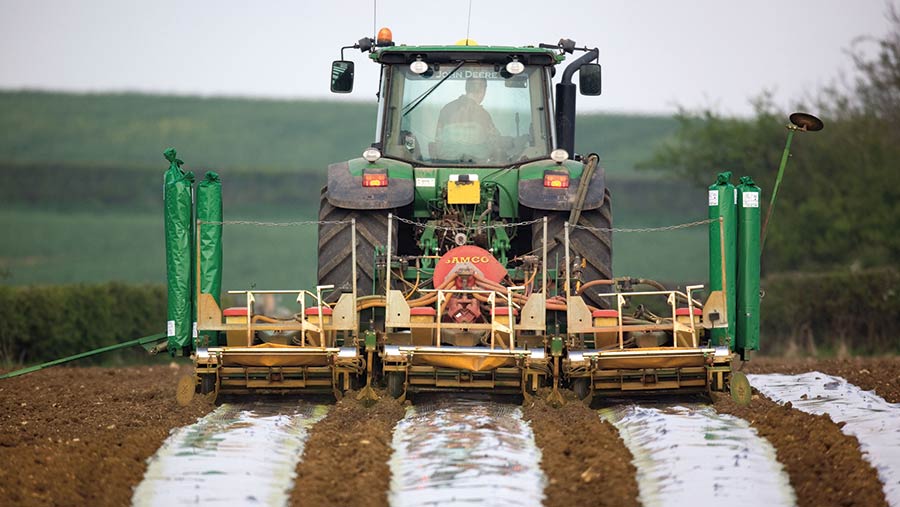 Drilling maize later and up to depths of 7cm could be a useful strategy in light of two likely seed treatment reviews.

Maize growers are preparing in earnest for the potential disappearance of two seed treatments this summer, meaning good early germination and pest management will be more important than ever.

German chemical giant Bayer has said it is looking “increasingly likely” that licenses for the seed treatments Mesurol (methiocarb) and Sonido (thiacloprid) will run for the last time this year, due to regulatory challenges.

Mesurol is a bird protection treatment and Sonido is an enhanced insecticide for wireworm and leather jacket control.

See also: How to give maize the best possible start

Commenting on the possible changes and how farmers can compensate, Neil Groom, technical director at seed merchant and adviser Grainseed, said: “We think that by drilling slightly later and drilling deeper we can evade scavenging birds without too much impact on yield. French growers, for example, don’t use it.”

Mr Groom said simply switching to growing under plastic would not address the issue as birds were keen to get at seeds and many growers had reported bird damage under plastic.

4 strategies to cope without seed treatments

This follows a Harper Adams university MGA trial that compared the seed rate of plants drilled at depths of 2cm and 7cm.

It showed that yield held up favourably (see table below) when deep drilling untreated seed, although the strategy could require a delayed drilling of one to two weeks for soil temperatures to increase at greater depths.

“However, there’s not much we can do to replace Sonido, so people breaking out of grass to drill maize may need to be wary of leatherjackets,” Mr Groom said.

He said the depth at which leatherjackets could be found depended each year on temperature and weather conditions.

General advice was to produce good seed beds and work on soil fertility and delayed drilling to give crops the best start possible.

The trial used two drill dates (24 April and 16 May) and grew the variety Ballade, a versatile group-seven plant used for silage making.

A shallow depth of 2cm was compared with a deep depth of 7cm, with the latter coping well in warmer May soils.