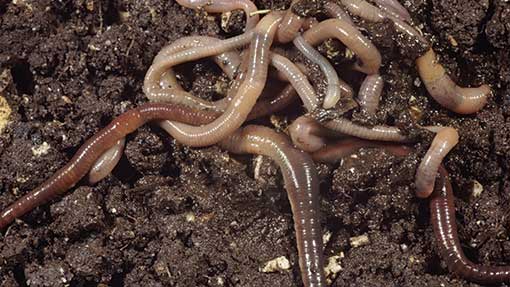 UK climate projections have been well documented over recent years and are likely to have a significant effect on our soils. Rising temperatures and reduced rainfall in summer are expected to increase soil drying and lead to greater levels of wind erosion, while wetter, warmer winters and more regular extreme rainfall events may increase erosion through water run-off, cause increased waterlogging and raise the risk of compaction.

Higher temperatures may also accelerate the loss of carbon from soils, yet a warmer, wetter climate may also allow for different crops to be grown, increased yields and increased rates of carbon sequestration.

The effects of climate change are not yet fully understood, but with the costs of erosion, compaction and organic matter decline already estimated at more than £100m a year, growers must think ahead and adapt their management practices to the changing climate and start to build resilience into soils.

And key to being able to do that is maintenance and building up of soil organic matter, which buffers the soil against anything that goes wrong with it by positively influencing a wide range of soil properties, such as the provision of nutrients, water retention and release, as well as reducing the risks of soil compaction and soil erosion through better soil structure.

“Increasing soil organic matter ought to help in drought by retaining water in pores which plants can access,” says Prof Whitmore.

It also binds soil together, resisting rain impact up to a point as well as erosion.

“We’ve done work looking at rain storms and the higher organic matter soils can resist the erosive forces of the raindrop for longer.”

It should also increase the window of accessibility of when you can get on the land, although it might be a bit marginal. But if land can dry down one or two days quicker, that could be valuable in terms of what can be done on the land in that time, he says.

But although increasing organic matter could have positive effects in drier or wetter conditions, it won’t really help with extreme events.

Prof Whitmore is investigating the best strategy for building up organic matter through a series of experiments at Rothamsted.

“We have experiments where farmers are putting in different types of materials, including compost, manure and anaerobic digestate, to see whether that can increase organic matter levels in soil and increase the desirable characteristics it leads to.”

Perceived opinion in the past has been that it takes a long time to build up soil organic matter. Yet more recent work at Rothamsted has identified beneficial changes in yield after two to three years as a result of adding organic matter to soil. These yield effects have been measured before or around the same time as detectable increases in organic matter and appear to be due to the structural benefits of pore space, he says.

The object of current HGCA-funded work at Rothamsted is to see if these effects can be reproduced just as quickly with different materials and also to see what happens if less is applied and how long the effect persists for in order to suggest optimal strategies for growers.

Knowing what level of organic matter is required is difficult to quantify as they will be different for different soils, with clay soils associated with more organic matter than sands. And there may well be different optimum levels for the three different functions too, he says. They are the provision of nutrients, conferring stability and a habitat and source of energy for soil organisms.

“But the overall message is that the more you put on, the better.”

Morley Farms manager David Jones has made a concerted effort to improve his soil resilience during the past four years on the 700ha of light sand and sandy loam soils in Norfolk.

His aim is to build levels of organic matter to increase filtration and water retention on the light soils and to build nutrient levels.

He has a straw-for-muck arrangement with four neighbouring stock farms, with 30t/ha of muck applied before sugar beet. Every field receives it over the course of the rotation.

The effects have been most apparent on fields that are low on nutrients and have perhaps not performed well in the past, including on rented land that has received muck annually.

“Putting on the muck makes such a difference. It has changed these fields to become some of the best in terms of yield and resilience,” he says.

Mr Jones is also using cover crops under an HLS agreement to improve organic matter, establishing a mixture each year after wheat, before sugar beet.

During the past three years, various mixes have been trialled, including mustard and vetch, which really helped dry the soil out.

“There have been no compromises with the cover cropping and it has improved organic matter at a modest cost,” he says.

This increase in organic matter has not been directly measured, but is evident in better workability of the soils as reflected last year when ploughing in the clover in February in advance of the sugar beet.

Concerns over ploughing late in wet conditions were allayed as the soil just crumbled and broke up, despite historically ploughing into great lumps, he says.

“A visually better seed-bed was created because the moisture had been pumped out and the root system had broken up the soil.”

The big question is whether these effects are measurable, and although small-scale trials on the farm indicate a small increase in organic matter and an increase in water filtration, yield and nutrients, Mr Jones hasn’t quantified the benefits of the farm practice directly. But there are anecdotal observations of more earthworms in the soil, better workability and crops becoming more resilient to extremes of wet and dry.

“There has to be an increase in organic matter, but organic matter is the wrong measure. The living part of the soil has increased and the soil is more alive, yet that doesn’t always translate into higher measured organic matter.

“As a farmer you know it is the right thing to do. We don’t just see the benefit this year, but will for the next 10 years.”

Equally there are no negative effects such as more slugs or weeds in the following crops.

There are additional benefits: P and K indices have been brought up or maintained and Mr Jones has bought less bagged P and K, saving about 50% of normal costs. But there have been additional issues of contractor availability, NVZ regulations and possible compaction from spreading.

An additional cost saving, which also prevents depletion of existing organic matter, can be made by adopting minimal cultivation which, combined with the better workability of the soils, mean better structured soils should over time cost less to cultivate and establish a crop in.

But it’s not all about cost savings, he says. “Doing nothing or continuing doing what we’ve done for the past 30 years isn’t the answer. We need to be taking steps to improve organic matter and the proof will be seen in 20 years’ time.”