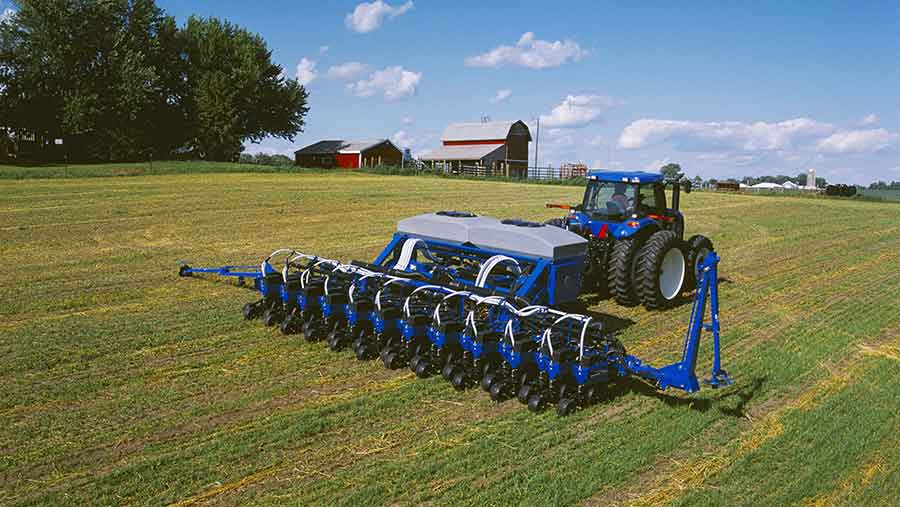 Successful no-till systems are giving more consistent crop performance – especially in the most difficult years – while allowing growers to manage whatever the weather throws at them.

Those are just some of the findings of Nuffield scholar and Cambridgeshire farmer Russell McKenzie, who has spent the past 18 months investigating how to succeed with no-till systems, visiting leading farmers and researchers in Australia, New Zealand, the US, South America and Europe.

But having seen no-till systems being used to good effect in a variety of situations and climates, including both very wet and very dry conditions, Mr McKenzie is clear there is no prescription for the optimum system.

“Although no-till was improving the ability to farm in difficult climates, it quickly became apparent that there is no one-size-fits-all approach,” he stresses.

“However, everyone involved had started from the same point – understanding what soil conditions they were dealing with, and then setting out to get the best from them in challenging and changing circumstances.”

Encouragingly, they were also improving soil health and structure by taking a long-term approach to the system, recording incremental improvements over a period of time and being patient when the conditions were not in their favour.

“Patience is not something farmers are known for, especially when it comes to drilling,” acknowledges Mr McKenzie. “But it is essential with no-till. It can take four to five years before farmers start to see any real benefits – instant rewards don’t always happen.”

The conditions have to be right for drilling because establishment is so important to the end result, he stresses.

“If it’s wet, as it can be in the UK, you have to wait for a dry crust to form on the soil surface before drilling, especially with a disc-based drill. If you don’t, smearing and poor slot closure – leading to sub-optimal establishment – can occur.”

“Nowhere is this more important than here at home in England. We have a bias towards autumn cropping, which means soils tend to get wetter and colder as we drill. Being able to travel on them is essential.”

On many of the farms Mr McKenzie visited, cover crops were an integral part of the system. “Cover crops are fulfilling a number of roles, from helping with soil structure to capturing nutrients and improving organic matter,” he reports. “But most important is the fact there is cover, at all times.”

None of the no-till farmers he made contact with considered bare soil to be a good idea, he says.

“This is because a living cover in the absence of a crop prevents soil erosion and degradation, including slumping after heavy rainfall, while residue in-crop acts as a barrier, helping to keep soil moisture in place and regulating soil temperature.”

Although we don’t have such weather extremes to deal with, in-crop cover is important in the UK too, confirms Mr McKenzie.

“But you have to be careful with high levels of residue in spring crops on heavy soils, as the soil has to be dry enough to be workable. If the soils are active enough, it will happen as you want it to.”

The concept of crop residue as a friend will be a mental barrier for some growers, he accepts. “There’s always been a concern that it will impede crop development. You have to appreciate that the conversion of surface residue into organic matter will speed up over time.”

Despite what the sceptics may think, succeeding with no-till in wet conditions, even on heavy soils, is possible, he adds.

“Having spoken to farmers who have made it work, there were three things that stood out. They were all prepared to switch to spring cropping rather than drill in adverse autumn conditions, they used cover crops to prevent soil slumping and had diverse rotations.”

The root systems from these diverse rotations offered different characteristics – with some crops having roots that grew straight down, while others had more fibrous, sideways-growing roots. The combined effect of these was better water infiltration.

“Diverse rotations also helped with weed control strategies. There were more opportunities to get good control, without an over-reliance on chemicals.”

“In these conditions, it’s all about making the most of any moisture that is present.”

The full version of Russell’s article can be found on the Nuffield website.