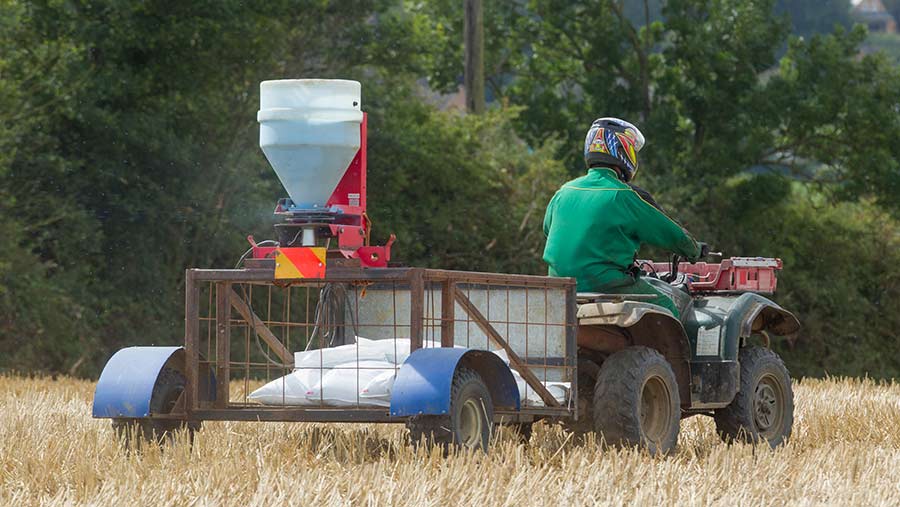 A ban on metaldehyde slug pellets will ramp up costs for growers and risk increasing resistance for the last remaining active substance used to control slugs, industry leaders have warned.

Defra secretary Michael Gove announced on 19 December that metaldehyde would be banned for outdoor use across Great Britain from spring 2020.

The decision to prohibit the use of metaldehyde, except in greenhouses, follows advice from the UK Expert Committee on Pesticides (ECP) and the Health and Safety Executive that metaldehyde “poses an unacceptable risk to birds and mammals”.

Although the active had been under pressure for a number of years for presenting a water-related risk, the announcement came as a shock to the farming industry, which had been working to re-register metaldehyde.

The EU ban on the use of methiocarb slug pellets in 2014, followed by this latest announcement on metaldehyde, means growers will have just one option left – ferric phosphate – to control slugs on cereals, potatoes, oilseed rape and brassicas.

In contrast, metaldehyde will still be available for growers to use more or less everywhere outside Britain, including 24 EU member states.

“There was not much diversity of active substances available for slug control in any case. Essentially, with losing one of these, it reduces the resilience down to a single active [ferric phosphate] that has only been around for a few years.”

In autumn 2017, the Metaldehyde Stewardship Group (MSG) introduced enhanced stewardship guidelines to help increase protection of watercourses and minimise the risk to other wildlife.

Uptake and engagement with these enhanced guidelines had been high, suggesting that less metaldehyde was used in autumn 2017.

Dr Hall, who is also a spokeswoman for the MSG, said the metaldehyde ban would add further difficulties for growers trying to establish oilseed rape and cereal crops in the autumn.

“Slugs can be absolutely devastating,” she added. “Crop establishment was already under pressure following the ban on neonicotinoids [seed treatments].”

Dr Hall encouraged growers who decide to use metaldehyde in 2019 to follow stewardship guidelines (see panel).

She said: “From an MSG point of view, we would like to say a big thank you to the agricultural industry for the amazing engagement in metaldehyde stewardship.

“Although it is a disappointing outcome, it does show that the industry can manage pesticides in a responsible manner and rise to the challenges.”

Colin Myram, an independent agronomist and an industry consultant, was involved in MSG since its inception in 2008. He had also been working on the re-registration of the active for the past 13 years.

“I’m extremely disappointed that we are losing yet another important product,” he said.

“The companies have spent millions of pounds in providing data that the CRD [Chemicals Regulation Division] asked for and then it almost seems to have come down to a political decision.”

The NFU said the ban would give a competitive advantage to farmers abroad who would export into our markets using crop protection materials banned in the UK.

NFU deputy president Guy Smith said: “Farmers and growers already use a holistic approach to slug control to keep the use of slug pellets to a minimum.

“While ferric phosphate can be used as an alternative slug control treatment it is possible that resistance could develop, as we have seen with other pesticide products when alternatives have been removed and farmers and growers have been left to rely on one active ingredient.”

The Agriculture and Horticulture Development Board has estimated that a lack of slug control products could cost UK crop production £100m a year.

Responsible use of metaldehyde still a requirement

The ban on metaldehyde will come into effect in Great Britain from spring 2020. Until then, the product will still be available to use on oilseed rape, cereals, potatoes and brassicas.

The Metaldehyde Stewardship Group (MSG) is urging growers to take steps to use the product responsibly ahead of the ban. MSG spokeswoman Alison Hall said growers should follow four key steps:

For more information, refer to the full set of MSG guidelines at www.getpelletwise.co.uk