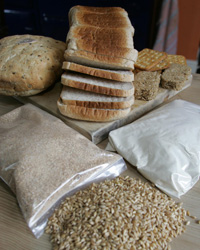 Allied Mills is looking to sign up wheat producers to grow the premium spring-sown milling wheat, Paragon, next year.

The company is offering buyback contracts for harvest 2010, paying a guaranteed £10/t over the benchmark Group 1 price, for delivery into its Tilbury and Manchester mills. Frontier will handle contracts for crops into Manchester, while T Denne & Sons, in Kent, and Grain Harvesters will cater for growers in the south east.

“We’ve always liked the bread-making characteristics of Paragon – it’s as good a baker as Hereward and as a spring wheat, it has a particularly consistent quality and favourable environmental profile,” Allied’s head of procurement Howard Leland said.

He would not reveal how much Paragon was needed, but insisted it was a “substantial amount in the thousands of tonnes”.

Mr Leland said Allied was keen to build a strong supply chain for Paragon, with traceability at its core. “Increasingly, our customers want immediate access to traceability records right through to the farm. Some are asking for information back within four hours.” As a result, Allied wants its growers to provide tabulated field records before or just after harvest, so that the information is ready should it be called upon.

“We’re not asking for anything outside the existing assurance schemes, but we need the information in one place and accessible if we need it. While the ACCS system is very good, we’ve found it can often take a while to find all the information.”

Andrew Bourne of T Denne & Sons acknowledged Paragon was lower yielding than other Group 1s at an average of 8.6t/ha in HGCA Recommended List trials, but good disease resistance and greater likelihood of meeting milling specification made it a good option for late autumn or spring drilling.