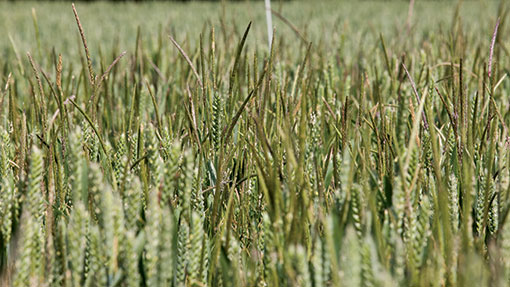 With wheat drilling almost finished, many growers will face an anxious wait to see if their pre-emergence herbicides have done the job and turn their attention to the next line of attack focused on troublesome weeds such as blackgrass. Adam Clarke reports.

Using a post-emergence herbicide to control grassweeds in winter wheat this autumn is still worthwhile despite widespread resistance in many blackgrass popu­lations.

The main post-emergence herbicides, Atlantis and Unite, are ALS-inhibiting sulfonylurea products that have succumbed to target site herbicide resistance in recent years.

Many growers that have resistant blackgrass have called into question whether they should invest in the products and, with grain prices barely more than £100/t, that question will only grow stronger.

“Every year we have this debate, but I still think that as long as you apply them in the optimum conditions, there is still value in using the ALS chemistry as part of a programmed approach,” he adds.

In the worst-affected resistant blackgrass areas, control from Atlantis can be as low as 40%, but Mr Cussans says that many growers can still achieve about 60%.

However, applying products such as Atlantis and Unite in the autumn and in the right conditions are crucial to ensure every last percent is squeezed out the spray.

“It is crucial the products are applied in the autumn when there is moisture and to blackgrass with just one to three leaves and actively growing.

“Gone are the days where one ‘superstar product’ can be applied in sub-optimal conditions and give you great control,” he explains.

The option to use tank-mix partners with the two main post-emergence products can boost control, and independent trials have shown that Auxiliary provides the most significant improvement.

Containing a formulation of prosulfocarb and clodinafop, grassweed control is improved much more than tank mixing the component products Defy and Topik.

“There are all sorts of reasons why people use a tank-mix partner, depending on the weed spectrum, but if you are really up against it with blackgrass, Auxiliary has the edge,” says Mr Cussans.

In the Atlantis versus Unite debate, Mr Cussans believes that Atlantis may win over its competitor product when it comes to blackgrass, particularly when applied to bigger weeds.

However, he says that not every­one has bad blackgrass on their farm, particularly in the north and west of the UK.

With other grassweeds such as the bromes, wild oats and ryegrass also being encouraged by modern crop production practices, some growers may need a more all-round grassweed killer.

“Unite is probably the more wide-spectrum product for growers with grassweeds other than blackgrass and it also has useful activity on some broad-leaved weeds,” he adds.

Mr Cussans reports that some early September-drilled crops may be suffering with bad blackgrass this year, with moisture to activate the pre-emergence herbicides arriving too late to give good weed control following very dry conditions in September.

He believes that growers need to use a much lower threshold of when to spray crops off with glyphosate than they have done in the past.

“If there are high populations coming through the pre-emergence herbicides, only glyphosate is going to give you the control needed to reduce the seed burden,” he says.

“If you have more than 100 plants/sq m of blackgrass in a crop ahead of the post-emergence treatment, you should automatically spray it off,” Mr Cussans adds.