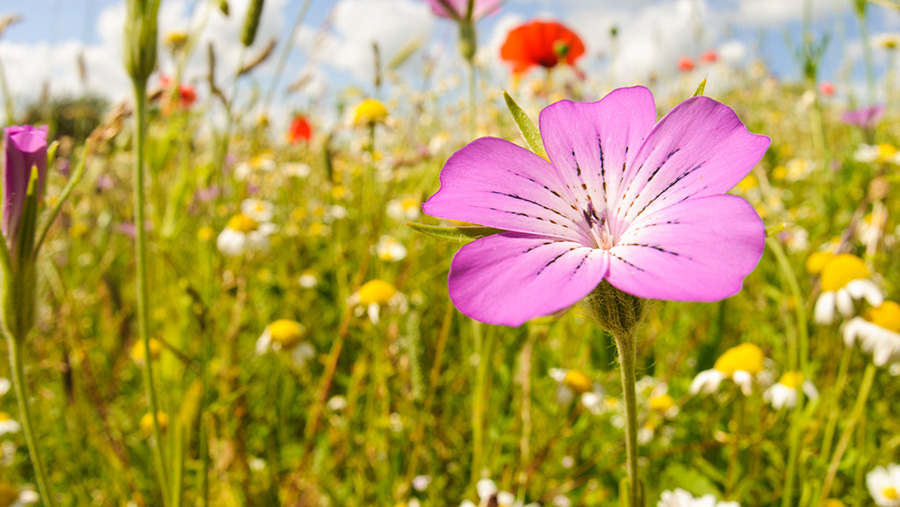 A  smartphone app will help farmers identify and record the UK’s rarest plant species on their farms, as well as offer advice on how to manage land for these threatened species.

Cornfield flowers were once a common sight in the UK countryside, but intensive agriculture means they are now among the rarest and most threatened plants in Britain, says Richard Pywell, head of Sustainable Land Management at the Centre for Ecology & Hydrology.

He adds while arable wildflowers are an important part of the UK’s cultural heritage, they also have an important ecological role.

“They provide valuable food resources for farmland birds and other animals, including beneficial insects responsible for crop pollination and natural pest control,” he says.

“We hope that the app will help farmers and agronomists to identify rare arable wildflowers on their land.

“It will also provide them with information on how to manage land for these species under the agri-environment schemes.”

The new app contains detailed descriptions for more than 120 rare arable flower species, each with photos and illustrations, distribution maps and advice on their conservation.

Free to download to Apple and Android devices, the app was produced by the Centre for Ecology & Hydrology’s mobile apps development team in collaboration with Plantlife, Natural England and the Botanical Society of Britain and Ireland.