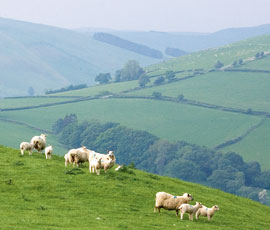 Natural England has pulled the plug on its 50-year vision for England’s uplands – less than three years after heralding it as a roadmap for hill farming in the 21st century.

The controversial document, which envisaged an increasing role for hill farmers as environmental managers rather than focusing on food production, will be ditched as the agency seeks a “fresh start” by clarifying its remit.

Launched in November 2009, Vital Uplands: A 2060 Vision called for a change of emphasis because “we now understand more about the vast importance of the uplands for other critical services and benefits”, such as water supplies, soil carbon stores, and outdoor recreation and learning.

Conservationists described the vision as compelling. But it was never popular with farmers, who feared they would become park keepers. The coalition government has now told Natural England it expects the agency to work more effectively with farmers and upland communities.

Nobody at Natural England was available for comment. Instead, the agency sent a statement to Farmers Weekly confirming the document has been scrapped. “Our vision has never been accepted by everyone that we need to work with to make it happen,” it said.

“We have decided we should signal a clear move away from a document which has been interpreted by some as a Natural England policy statement. Vital Uplands will no longer be the road map for our work in the uplands and will be removed from our website.”

An upland delivery review programme will be undertaken to clarify Natural England’s role and remit with regard to hill farming. A “strategic standard” will then be introduced to underpin the agency’s future work in the uplands, so farmers know exactly where they stand.

NFU head of policy Andrew Clark said: “The only good thing about the vision was its title.”

“The uplands are vital, but the vision was not one of productive hill farming or rural communities.”