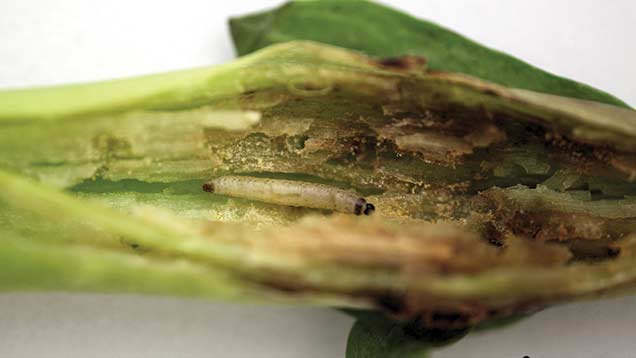 The government has authorised the emergency use of neonicotinoid insecticides to help some oilseed rape growers tackle the devastating pest cabbage stem flea beetle (CSFB).

But who can apply and how does the emergency approval operate? The NFU’s chief arable adviser Guy Gagen answers the key questions.

See also: Neonicotinoid emergency use approved for 5% of OSR area

What can I do to help my crop establish faster than CSFB can damage it?

AHDB has revised its guidance on controlling the pest in oilseed rape 2015.

What has been authorised by the regulator?

Emergency use of neonicotinoid seed treatments from the Chemical Regulation Directorate (CRD) sufficient to treat 5% of the oilseed rape crop in England (about 30,000ha) against CSFB.

Farms in four counties will have access to neonicotinoid seed treatment products under the emergency use authorisation.

They are Suffolk, Cambridgeshire, Bedfordshire and Hertfordshire.

How has the area due to receive access to the seed been chosen?

The authorisation requires treated seed distribution to be targeted to areas of highest risk, this targeting requires detailed data at farm level.

It may be possible to make a stronger case in future if more data can be made available on location of pest findings, resistance and crop damage.

Why is use limited to only four counties in England?

It is difficult to predict weeks in advance exactly where CSFB will damage crops enough to cause economic damage to establishing crops.

Evidence presented to the expert committee on pesticides showed these four counties were the hardest hit by CSFB in the 2014-15 season.

What products does the emergency authorisation allow?

There are two products that can be used to treat seed: Modesto (Bayer) and Cruiser OSR (Syngenta), farmers will only be able to purchase these products where already applied to seed.

What varieties will be available, and will I be able to have farm-saved seed treated?
The products will be for use with certified seed only. Farmers and growers are encouraged to contact their seed merchants for advice.

Who decides if my problem is bad enough to warrant access to insecticide-treated seed?

Farmer’s requests for seed must be accompanied by a Basis-qualified agronomist recommendation for each field where use is requested, seed distributors will allocate available treated seed to qualifying farms. Access to seed is managed by distributors.

Will all merchants be able to source seed?

If your merchant is not aware of how to access treated seed, they should contact Bayer and Syngenta.

What happens when the seed runs out?

Once an equivalent to approximately 30,000ha of seed has been treated, no further seed will be treated with Modesto or Cruiser OSR product.

Will farmers with treated seed be asked for further information after seed is delivered?

Farmers who sign the stewardship agreement as part of the products use are agreeing to participate in data acquisition – measuring the impact of insecticide plant protection products on their crops.

Will this authorisation allow spring planted crops to be treated?

The emergency use has been granted for 120 days, farmers will not be able to use treated seed after 20 November 2015.

Do you have to be an NFU member in order to gain access to the seed treatment?

This will not be a deciding factor in obtaining treated seed.

What is being done for those that can’t access the treated seed?

The NFU supports the development of integrated crop and pest management, with AHDB focusing on pest monitoring and resistance management.

NFU is actively encouraging regulators to accelerate approvals and make a wider range of active ingredients available to control cabbage stem flea beetle in 2015 and in future years for circumstances where cultural controls are not sufficiently effective.

If the emergency use application (EUA) has been granted a problem must have been recognised by regulators, why didn’t they recognise that the issue is much more widespread than just 5% of the crop?

Regulators do recognise that a greater percentage of the crop may be under threat and wish to see very detailed data on damage to crops from 2014 planting and 2015 planting before considering any further emergency use requests.

Can I collect data and observations about my crop that will help for another EUA application next year?

Collecting data will be helpful in support of future agronomic recommendations, as will responding during the season to requests to contribute to surveys and research projects. Rothamsted Research is asking farmers to send in samples of CSFB for pyretheroid resistance testing.

Bees and neonicotinoids – what are the questions?

Because of this uncertainty around the evidence, and the fact that declines in bee biodiversity were at their worst at a time that pre-dates the introduction of neonicotinoids by some decades, the NFU disagreed with the European Commission’s decision in 2013 to restrict the use of neonicotinoids to protect bees.

Will there be any monitoring of bee populations in areas where the seed has been planted?

Once sown, it will take between six to seven months before flowering and the crop becomes attractive to bees and there will not be specific monitoring of bee populations linked to the approval.

Detailed, landscape-scale experiments are under way comparing treated and non-treated cropping areas and bee populations and Defra is working to develop a pollinator monitoring programme.