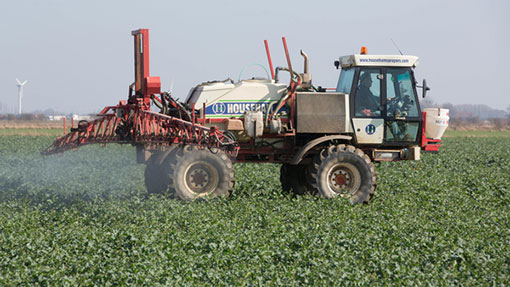 Two neonicotinoid-based foliar insecticides are being approved for use in oilseed rape – one against cabbage stem flea beetle and the other against disease-carrying aphids.

Certis has been granted a 120-day emergence use of its product InSyst against cabbage stem beetle, while Bayer CropScience has gained an extension of use for its Biscaya product against aphids.

Some oilseed rape growers, mainly in eastern England, are seeing their crops being badly damage by cabbage stem flea beetle after the European Union banned the use of neonicotinoid insecticide seed treatments. The approval for these two products came from the Chemicals Regulation Directorate, which is responsible for UK policy on pesticides, and authorises and monitors pesticides.

See also: 10 weeks and still no Defra answer on neonicotinoids

The Certis product contains the neonicotinoid acetamiprid and is already cleared for the control of pollen beetle in oilseed rape crops in the spring, but it can now be used for 120 days until late January against cabbage stem flea beetles.

Bayer’s Biscaya, which contains the neonicotinoid thiacloprid, now has an extension of use for the control of the main vector of turnip yellows virus in oilseed rape, the peach–potato aphid.

Yield loss to this disease can be as much as 30% in a high pressure year, and the old neonicotinoid seed treatments had given some control of the aphids.

Neil Thompson, Bayer’s campaign manager for insecticides, said the product’s extension of use will bolster growers’ armoury against aphids.

“Growers now have a fighting chance, but success will depend on the duration of aphid migration and how these foliar insecticides are deployed,” he added.

Bayer has not carried out any trials looking at Biscaya on cabbage stem flea beetle, but Mr Thompson said there may be some control of the pest.

“Based on our knowledge of the pest spectrum of thiacloprid, there may be some level of efficacy against adults, which are present at the time when Biscaya is being applied, however this won’t be a use supported by Bayer CropScience,” he added.