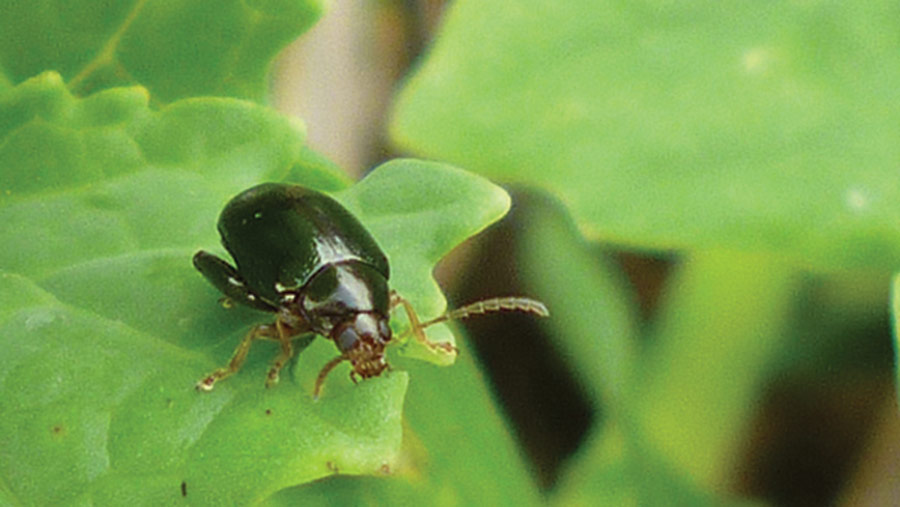 The ban on neonicotinoid seed treatments for oilseed rape had a more severe impact on farmers in its second year (2016), with growers facing lower yields and increased costs.

A study funded by Rural Business Research and the Institute of Agri-Food Research and Innovation has put the full cost of the ban in 2016 at £18.4m. It also led to almost 28,800ha of lost crop.

The study, which covered 204 winter oilseed rape growers selected from the Farm Business Survey, followed an earlier investigation into the initial effects of the neonicotinoid seed dressing ban in 2015.

This had resulted in a 3% loss of winter OSR area to flea beetle and a 250% increase in the use of pesticides to tackle the problem.

The follow-on report suggests that the impacts in 2016 were more severe, with 5% of the national crop area being lost.

Farms in the east of the country suffered the greatest crop losses, with 16% of the Suffolk crop area failing, and 13% in East Yorkshire, says the report.

Across the country, 72% of farmers used insecticides to treat cabbage stem flea beetle, the most common being pyrethroids and pyridine azomethine.

The chemicals alone cost £4.3m and the cost of applying the insecticides was estimated at a further £8.5m.

Where crops were lost and not redrilled the bill nationally was £2.9m and the cost of redrilling crops totalled £2.6m, giving a total bill of over £18m.

The study also shows that farms within the derogation area that used neonicotinoid-treated seed used four times less pesticide than those who did not.

“Chemicals are clearly a vital weapon in the battle against flea beetle, but our study also shows farmers are utilising a range of cultural strategies to combat the pest,” said Dr Bilsborrow.