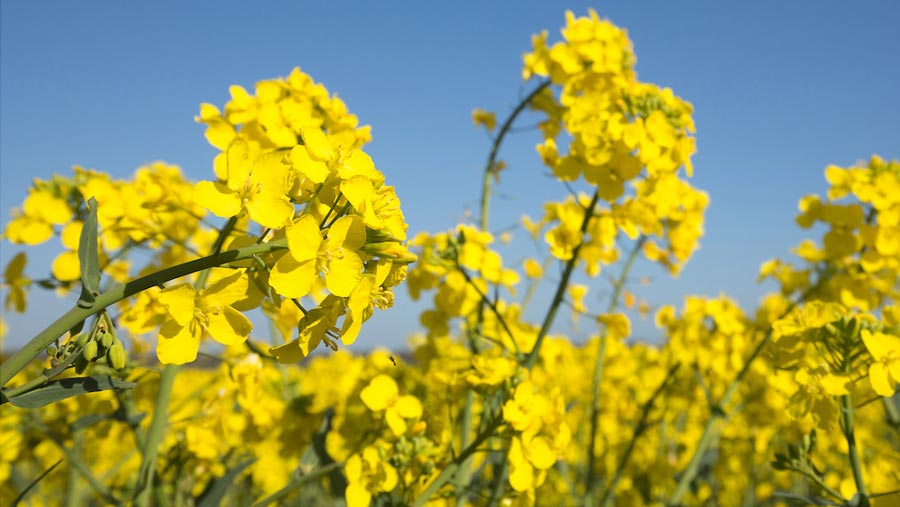 Large-scale field studies into the banned neonicotinoid seed treatment clothianidin have concluded it is not harmful to bees.

Bayer CropScience, which manufactures clothianidin, carried out a series of large-scale landscape studies into the bee safety of the neonicotinoid in Mecklenburg-West Pomerania, a state in northern Germany.

In 2014, rapeseed dressed with clothianidin was sown on a 800ha plot in a trial area spanning 65sq km. Untreated seed was sown in an adjacent area of roughly 600ha.

However, the distance between the treatment and the control areas was large enough to prevent cross-foraging of pollinators.

Researchers tested the composition of the pollen collected by the bees, residue levels of clothianidin in pollen, nectar and honey, colony development of the bumblebees, colony strength, development, honey production and health of the honeybees and the reproductive performance of the solitary bees.

The study showed no adverse effects under field conditions in any of these parameters.

“Detailed analysis of collected pollen and nectar samples demonstrated that the exposure of bees foraging in treated oilseed rape fields to clothianidin was low,” said Fred Heimbach, senior expert ecotoxicology at Tier3 Solutions, a contract research organisation, and co-ordinator of the study.

Earlier this year, scientists at Dundee University published a study that examined the effects of the three banned neonicotinoids – thiamethoxam, imidacloprid and clothianidin – on bee health. All three neonics are subject to an EU-wide moratorium.

Researchers tested 75 bee colonies at five separate locations in Scotland. According to Chris Connolly, who led the study, clothianidin may have been unfairly branded as harmful to bees.

Dr Connolly urged the EU to consider all three neonicotinoids independently when considering risk and legislation.

“What we have found is that imidacloprid and thiamethoxam, but not clothiandin, exhibit toxicity to bumblebee colonies when exposed at field-relevant levels,” he said.

However, a separate study from the University of Bern found clothianidin to have “inadvertent contraceptive effects” on male honeybees.

According to the NFU’s annual harvest survey, the UK’s oilseed rape harvest fell by almost one-third this year.

The union said problems with cabbage stem flea beetles and curbs on the use of neonics were partly to blame for poor yields.