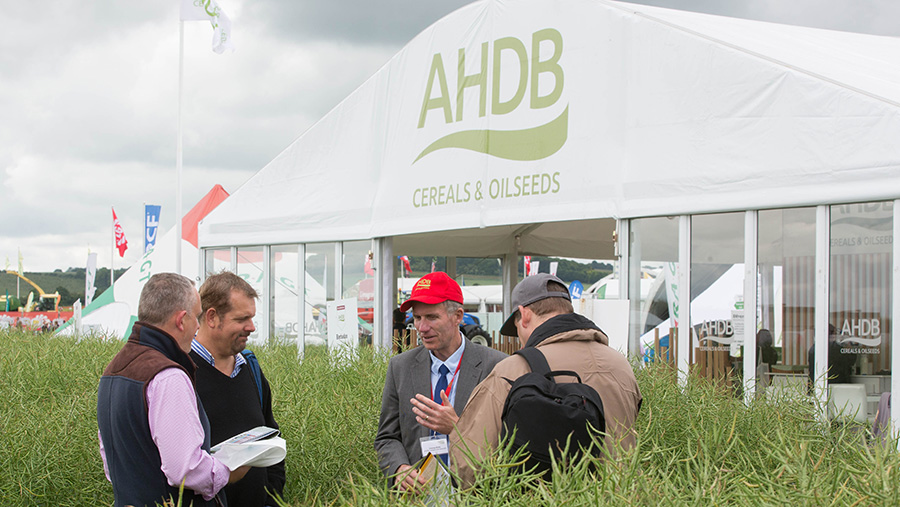 Good disease resistance along with high yields were the highlight of newly approved cereal and oilseed rape varieties giving a helping hand to growers looking to cut production costs.

Winter wheats with good resistance to septoria and yellow rust along with oilseed rapes with good light leaf spot scores were given the seal of approval in the new AHDB Recommended Lists 2017-18 for cereals and oilseed rape.

“All new winter wheats have a 7, 8 or 9 for yellow rust, but it is very much a dynamic situation with new races of the disease coming in, so a lot of  feed wheats are relatively lower risk to grow with better disease resistance,” he told a briefing on Monday (28 November).

“What is important now is that it is not all about yield.

“Currently the emphasis is very much on septoria resistance.

“Yes, yield is important and so is specific weight, but you need these other characteristics,” Dr Oxley added.

Highlights include a new high-quality breadmaking wheat, a feed wheat with a new high for septoria resistance, and a semi-dwarf oilseed rape. 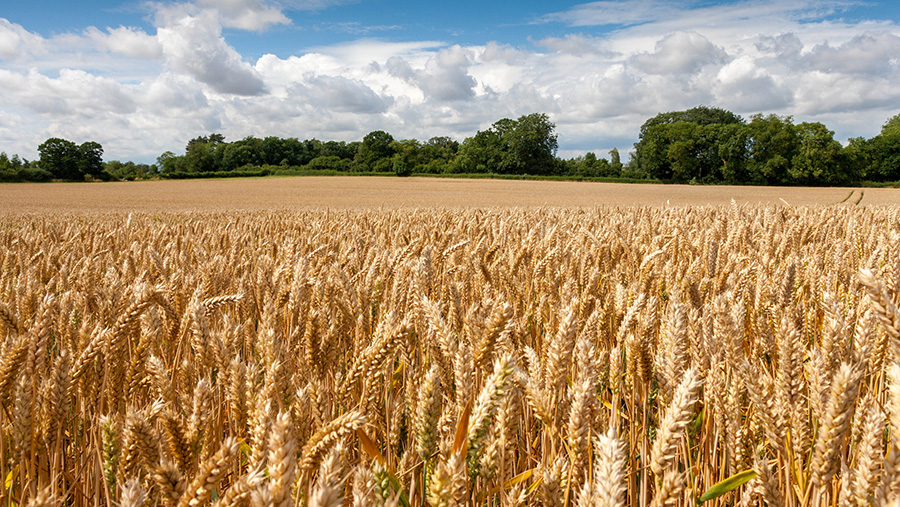 Zyatt, from breeder KWS, is the only new quality Group 1 milling wheat added to the list with highest breadmaking yield yet and a similar maturity to Skyfall.

“The variety takes breadmaking wheat yields to new levels with very good quality and one of the highest untreated yields on the list,” said Will Compson, KWS cereals manager.

Among the six soft feed wheats added to the list, Sundance from Limagrain offers the joint highest yield in this sector at 104% while offering the highest resistance available for septoria.

“Sundance is the next big step forward in septoria resistance, half a point ahead of the previous best,” said Les Daubney, Limagrain’s cereals product manager.

The variety scores a 7.3 for septoria above the previous highest, Siskin at 6.8, and so gives one the best untreated fungicide yields on the list.

“Sundance is an interesting variety and as it has the best resistance for septoria of all the new varieties, good yellow rust resistance, orange wheat blossom midge resistance and a high treated and untreated yield,” said Dr Oxley.

The group’s other variety Motown showed a yield of 103% and is similar to older variety Revelation, but has an earlier maturity and a higher yield along with orange wheat blossom midge resistance.

Bennington, from Elsoms Wheat, is joint top yielder with Sundance at 104%, and recommended for the East and West regions where the highest yields were seen, while Moulton from the same breeder yielded 103%

Savello (103%) from Syngenta and Hardwicke (103%), marketed by KWS, are both recommended for the North.

Among the hard-milling feed wheats, Kerrin from KWS and Shabras from Syngenta showed the highest overall wheat yields on the new list at 106% while Freiston and Dunston from Elsoms yielded 104%. 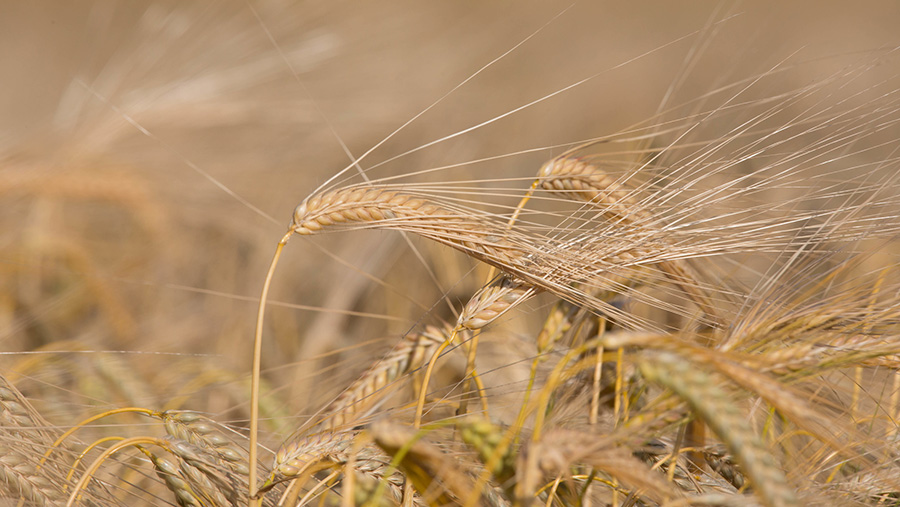 The three new varieties on the list are all early maturing, with a conventional two-row and a six-rower joined by hybrid six-row variety Sunningdale.

This hybrid from Syngenta shows a yield of 109%, similar to Bazooka, but has done particularly well in the North.

“The variety has performed particularly well in the North and so looks a strong option for northern England and Scotland,” said Samantha Brooke, Syngenta’s seed manager for UK and Ireland.

Conventional six-row variety Funky from KWS showed a yield of 107%, has a good untreated yield and is stiff strawed and has good rhynchosporium resistance.

Creswell come from a long line of KWS barleys such as Glacier, Tower and Orwell with a yield of 103% compared with Orwell on 104%, but it has done well in the north. 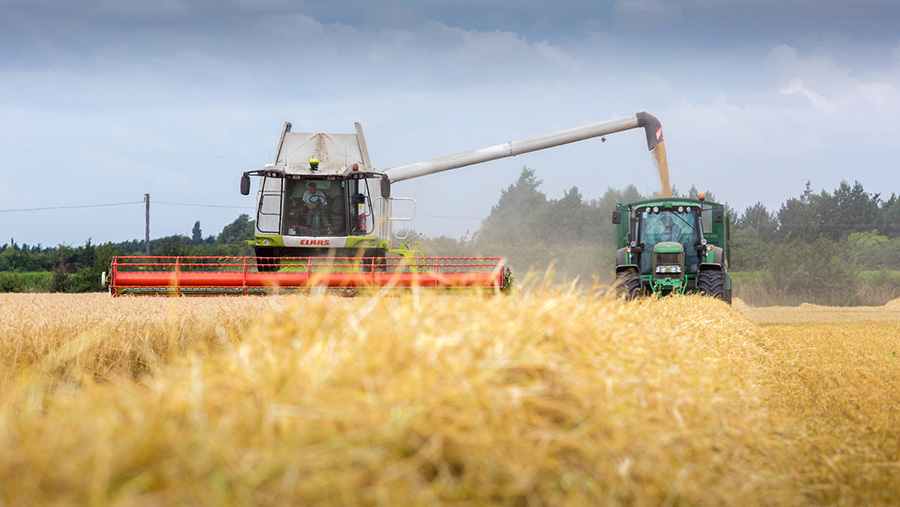 Three new spring barley varieties join the list with Opera from Limagrain yielding 104% just behind Planet at 105% and is suitable for brewing and distilling and is relatively early maturing for the Scottish market.

Chanson is a brewing variety that lacks a gene for lipoxygenase production (null-lox) which means that beer made with this variety stays fresher for longer.

The other variety Dioptric is recommended for the North and is a variety under test by the grain distillers.

Newly recommended varieties show a trend looking to bring output and disease resistance up together.

New information now sees Nikita from Limagrain being recommended UK-wide, after being just approved for the North last year.

Aquila also from Limagrain has good resistance to key diseases and Dr Oxley thinks this is quite an interesting variety.

“The reason I like Aquila is that it has a stiff straw and you could say that it is similar to Elgar in many ways with a good gross output. As time moves on we are getting good gross output and disease resistance,” said Dr Oxley

Flamingo from KWS is a high-yielding variety with a 7 resistance score for light leaf spot, but it is weaker on phoma.

The variety Secret from Monsanto is a semi-dwarf variety, is pretty early maturing and one of the shortest varieties.

Gross output is 10% down on other top varieties, but it does have a very strong overall package with an 8 for stem canker and a 7 for light leaf spot.

Two new spring wheats were added to the list, Cochise and Chilham, while there were three new winter oats Victorious, Griffin and Peloton and two spring oats Yukon and Elyann.