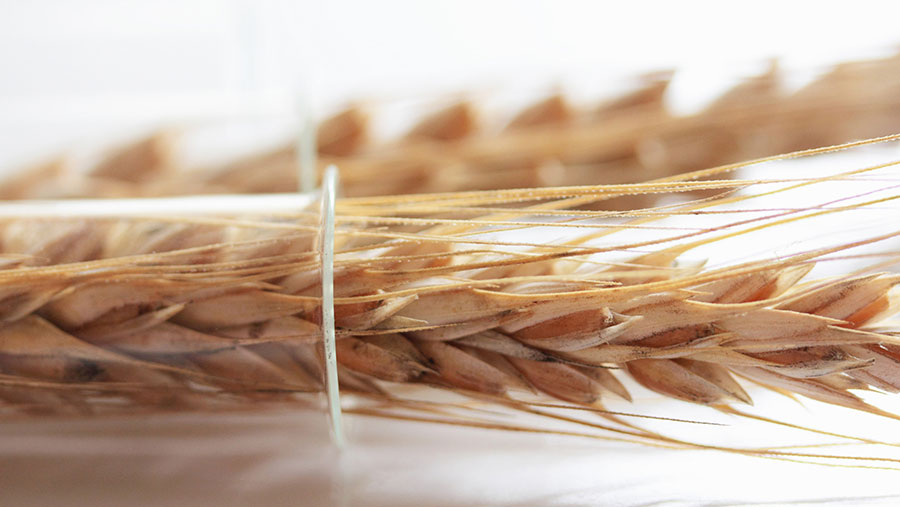 Scientists have created a model of a leaf’s wax surface to mimic wheat, which they hope will help fine-tune pesticides to reduce damage to crops.

Wax on plant leaves acts as a protective shield, but stronger pesticide formulations strip it away, exposing the plant’s surface to disease and pest attacks.

However, a new tool, created by researchers at University of Manchester, enables scientists to study how pesticides cross the wax barrier on leaves of crops such as wheat and barley.

Study lead author Elias Pambou, from the University of Manchester, said: “This opens the door to crop-safe formulations which will interact reversibly with waxes on plant surfaces to leave their protective cuticles unharmed.”

Julian Gold, farm manager of the Hendred Estate in Oxfordshire, said growers were facing “multiple challenges” on pesticides amid increasing levels of resistance developing in weeds, pests and diseases.

Tighter conditions being imposed for registration of products were also reducing the pesticide armoury, he added.

“Any research that can improve the efficacy of products through a better understanding of the way diseases and pesticides penetrate the waxy layer on leaf surfaces should be incredibly useful.”

Gordon Bell, a senior scientist at Syngenta, said: “This research has furthered our understanding of the kinetics of plant uptake.

“It has shown that water can penetrate into leaf wax. This simple observation explains a lot of the basic science behind pesticide uptake into plants.”

How did the team create the synthetic leaf?

To make the model of the wheat surface, scientists extracted real plant wax from wheat and barley leaves.

They dissolved the wax off the surface of the leaf using carbon dioxide solvent at a very high temperature and pressure.

The extracted wax was then spun and coated on to a flat silicon support to model the leaf surface.

Imaging techniques allowed the team to see that the wax model was very similar to the structure of the wax on a real leaf. The model can then be used to study how pesticides cross the wax barrier to get into the plant.

The thin layer of wax on plant leaves, known as the “cuticle”, acts as a protective shield against pest attacks, while it prevents the loss of nutrients and water from the plant.