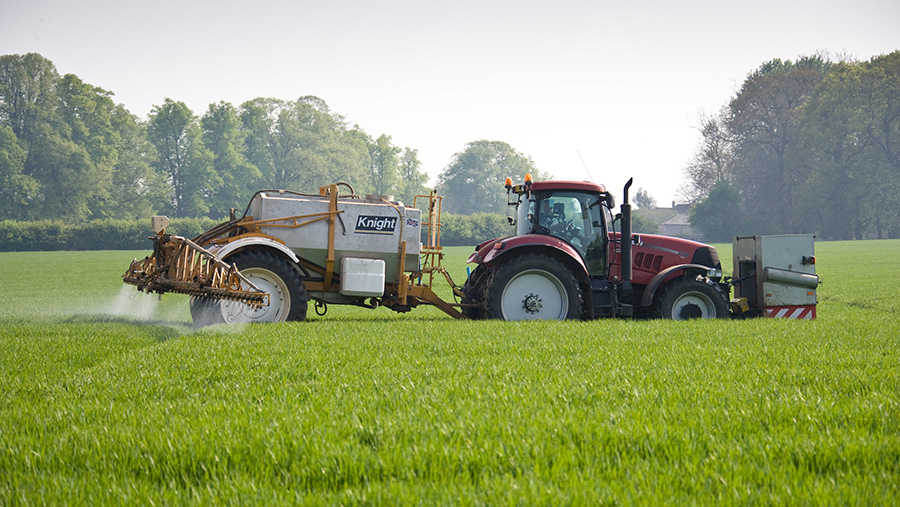 A new fungicide formulation that includes two SDHI active ingredients looks set to provide growers with improved activity on the number one wheat disease next spring.

Septoria is a tough disease to keep a lid on, particularly in a wet season, and a decline in efficacy of certain fungicides is leading to concerns over sustainable chemical control.

Newer SDHI-azole formulations lead the way in efficacy according to AHDB fungicide performance trials and evidence suggests they stood up to a firm examination this season across the UK.

That is despite low levels of SDHI-insensitive septoria isolates uncovered in Ireland and later in the UK, which appear not to have affected field performance.

Good news for growers is that these leading SDHI-containing products will be joined next spring by Syngenta’s new active, Solatenol, partnered with prothioconazole, and also Bayer’s new three-way mix Ascra. 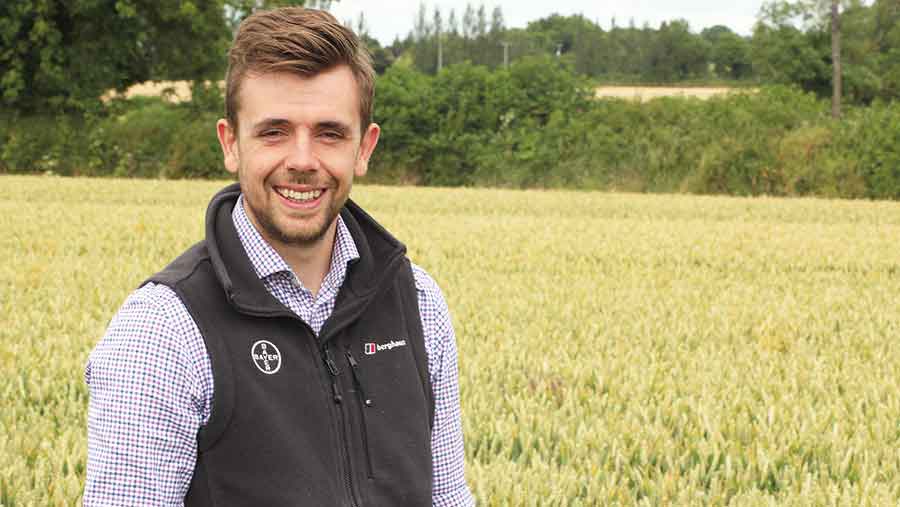 Will Charlton saw an average yield increase of 0.3t/ha plus added activity against mildew and tan spot

Ascra contains the same actives as the company’s Aviator, but has the addition of an extra SDHI in fluopyram, which has been sold as an oilseed rape fungicide for the past four years.

Crops went to have a look at Ascra in trials about 60 miles south-west of Dublin at Rathangan, County Kildare, where septoria pressure is typically severe in the wet Irish climate.

Despite less disease than expected this year due to rain falling at less critical times, heavy septoria infection was still evident in untreated plots.

The T2 trial plots had the same T1 treatment across the board, applied on 7 May, followed by flag leaf sprays on 25 May.

Surprisingly, the azole mix Prosaro plus Bravo performed slightly better than 1litre/ha of Aviator, while it was also evident that Ascra was giving extra septoria control over Aviator.

Rate responses were subtle and hard to pick out (see below).

Bayer’s combinable fungicides product manager Will Charlton says this is why Ascra will be targeted at T2, offering extra curative activity over Aviator on leaf two – left exposed to disease between the T1 and T2 timing.

“The average yield increase we have seen in our trials is about 0.3t/ha and there is also added activity on mildew and tan spot, which is a less important disease,” adds Mr Charlton.

This move also sees the company position Aviator at T1 – where a majority now choose to use a newer SDHI-azole formulation – providing good value septoria protection and useful control of stem-based fusarium and eyespot, plus mildew.

The shift seems a shrewd one, with anecdotal reports suggesting that fluxapyroxad-based products Adexar and Librax, plus chlorothalonil, have edged ahead at T2 for septoria control this year.

“Aviator will still fit at T2 and if you are using it there and happy with control, we will still supply it, but the extra diseases controlled at T1 leads us to see it fitting better there,” adds Mr Charlton.

Bayer’s Irish technical sales manager James Byrne says the decision also comes down to economics and with Ascra likely to come at a premium to current options, it will be best used on the flag leaf.

“You need to put your biggest spend on T2, as that is where the biggest margin is – the 0.3t/ha yield response we have seen has all come at that timing,” he explains.

Another interesting element of the trial was the use of chlorothalonil, with Mr Bryne pointing out that no T1 or T2 spray is applied without the multisite active in the tank in Ireland.

Elsewhere in the trial, a clear benefit could be seen using chlorothalonil at both timings for better septoria control and Mr Byrne says this is consistent most seasons.

Despite this response, Mr Charlton says the same consistency isn’t seen in the UK and the company will not support its use in combination with Ascra or Aviator at T2 at present.

While they are, however, continuing to monitor the data their advice could be subject to change.

An independent view of Ascra in Irish trials 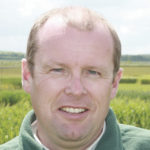 “It [Ascra] looks like some interesting and useful chemistry. It is definitely giving a bit more control, but it is difficult to quantify as the pressure is in another league out there [in Ireland].

“Whether we use it will depend on price point what disease pressure is like next year. It will come at a premium, so it could be worth trying on higher risk varieties, but there won’t be a wholesale approach.”