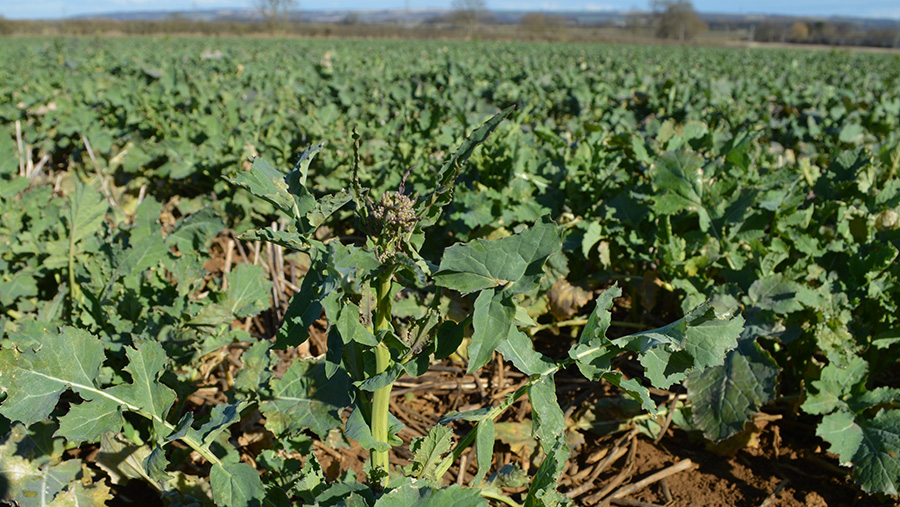 Lincolnshire farm manager David Richardson is targeting a 5t/ha oilseed rape crop after a mild autumn and winter has seen his crops race ahead to reach green bud stage.

Frosts last week have checked the crop’s growth, and he is considering if he will need a plant growth regulator treatment because of the forward nature of the crop.

He is conducting a field trial comparing a high-input system devised by Bayer and his own typical farm practice, and sees both crops showing good yield potential.

“Coming out of the winter the potential of the crop is there and we would expect a yield of 5t/ha,” he tells Farmers Weekly.

See also: How to assess and regulate oilseed rape growth this spring

Average yields last season were 4.5t/ha on the predominantly arable 900ha Lodge Farm near Appleby, four miles east of Scunthorpe and close to the Humber.

This year he is growing 135ha of oilseed rape, and his trial field is split between Bayer-bred hybrid Harper and conventional variety Barbados from KWS.

Both varieties had an autumn fungicide spray of prothioconazole to control light leaf spot and phoma, and his spring fungicide programme is about to get under way.

The hybrid Harper is further advanced than Barbados with some green buds visible in the past few days of February.

Mr Richardson says he is happy with both varieties and adds he may be able to trim his spring nitrogen fertiliser use on the more-forward Harper.